You will definitely get a good workout! (Photo: Photo courtesy of Takuya Hosogi)

Also known as o-henro, the Shikoku 88 Temple pilgrimage circles around the island of Shikoku, stretching some 1200km. The section going through Kochi Prefecture is considered one of the toughest, however there is a section where you can walk three temples in a single day!

Located along the Muroto Peninsula, the temples are within 12km of each other. Known as the Muroto Sanzan, this trio gives visitors a perfect taste of a day in the life of a pilgrim (especially considering that the previous temple is over 75km away!).

I recommend starting with Hotsumisaki-ji (temple 24), which sits high atop a cliff at the very tip of the Muroto Peninsula. According to legend, the young monk Kukai (who is deeply connected with this pilgrimage) is said to have meditated in a nearby cave for three years until he reached enlightenment before building the temple. Check out the ‘musical stone’, which has indentations that produce bell-like sounds when struck.

After taking a break, continue walking for about 6km along the scenic coastline to reach temple 25, Shinsho-ji. This temple has a strong connection to nearby Murotsu Port and its fishing industry, as shown by the golden ship’s wheel on the bell gate. The Kajitori Jizo (helmsman Jizo) is said to protect fishermen at sea. Legend has it that the statue turned into a priest and saved a lord caught in a storm off the coast!

Your final temple of the day is another 5km walk away, heading into the forested area on the west side of the peninsula. Temple 26, Kongocho-ji, is located atop a steep flight of steps. After paying your respects, check out the giant pair of straw sandals meant to ward off evil. There is also a large pot where Kukai supposedly boiled one grain of rice which multiplied by the thousands to feed the starving.

From this area there are regular buses on the Aki-Geopark bus line that can take you to pretty Kiragawa or the former samurai town of Aki, which has train connections to Kochi City. 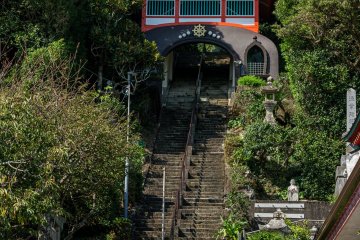 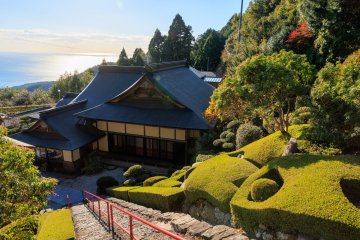 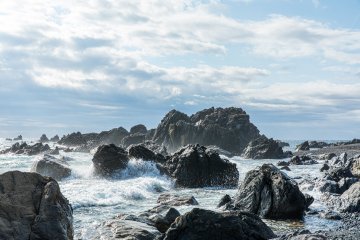 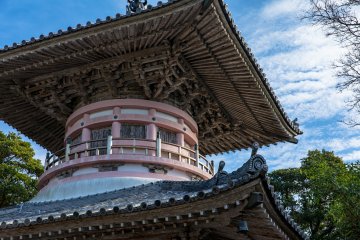