A green space in the heart of Kumamoto City

Japan is a country replete with gardens. Tokyo counts dozens of green hideaways and Kyoto’s gardens number in the high hundreds at least. Kumamoto City may boast only one traditional garden but it’s worth a visit in any season.

Suizen-ji Garden lies a ten minute tram ride from the base of Kumamoto Castle. The grounds were originally designed by the Hosokawa family beginning in 1632. While the general principles of a stroll garden apply, Suizen-ji’s landscaping actually incorporates scenery from the fifty-three stations of the old Tokaido toll road that linked Kyoto and Edo (present-day Tokyo). A wander around Suizen-ji can take you past a mini Mt Fuji and along the shores of a replica Lake Biwa. (I’ve tried several times now to identify any other stages but no luck!)

The name of the garden actually refers to the Suizen Temple that once stood on the grounds. Though it’s long disappeared, there are two shrines located on the garden’s northern side. The larger Izumi shrine is dedicated to the Hosokawa family while the other, a tiny Inari shrine, is reminiscent of the famous orange-gated Fushimi Shrine in Kyoto. On the far side of the circuit, visitors will also pass a four-century-old thatched teahouse that was relocated from Kyoto. Aside from serving some pretty tasty traditional Japanese sweets and a bowl of green tea, the veranda provides one of the best views of the garden. Don’t feel obliged to spring for a snack, however; you can always just circle the teahouse and pop down to the pond’s edge to see the resident carp. The clarity of the pond can be attributed to the water’s source – the garden is fed by a spring that originates near Mt Aso, the towering volcano that looms over the city’s eastern neighborhoods.

Suizen-ji is one of the city’s top places to witness the changing of the seasons. Both cherry and maple trees line the paths and the city’s occasional snowfall drapes picturesquely over the garden’s numerous stone lanterns. Suizen-ji Garden also hosts non-seasonal events, such as torchlight Noh productions in the summertime and displays of yabusame (archery on horseback) in the large grove on the east side of the grounds.

Find out more about Suizenji Garden. 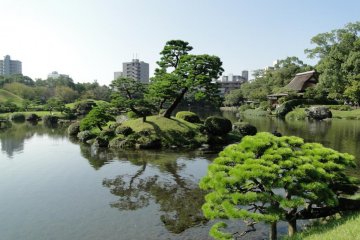 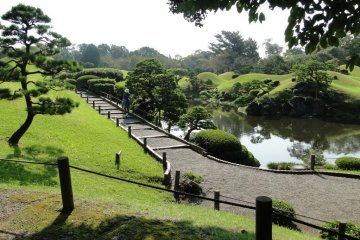 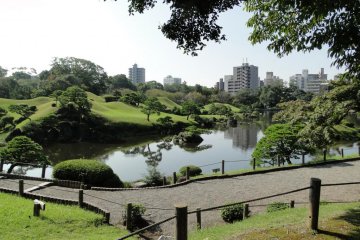 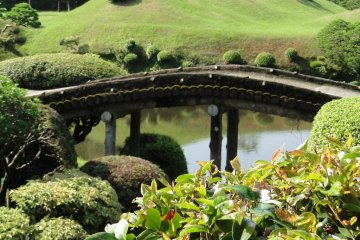 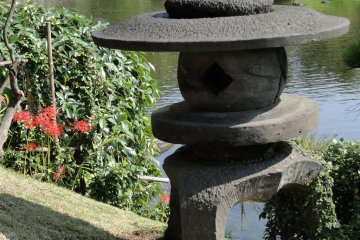