A Green Room In Kyoto

Kyoto, with so many diverse and varied attractions, is like a great house with many rooms. You can easily manoeuvre from one to another. Yoshida Hill is one of Kyoto’s green rooms, like in a house where the family rests in a room away from the pesky relatives.

Yoshida Hill is a clump of high forest in the middle of an urban area, part of Mt. Yoshida in Kyoto’s Higashiyama mountain range, I found it smothered in green vegetation, shrubbery, grass, trees, so green I wanted to eat it. Studded in between is the historical Yoshida Jinja, a walk around the hill, a wee park, views of Kyoto and the mountains, and some curious installations. A lovely green room.

Yoshida Jinja is the large Shinto shrine on the hill. It is kept company by some smaller shrines and altars, with a few more out of its compound. You can spot them as you walk around. I spotted a shrine because I could see its vermilion coloured torii gates through the greenery.

Yoshida Jinja was named for Kanetomo Yoshida, a scholar and priest. It was founded in 859, but around the fifteenth century, Yoshida used the shrine to promulgate his version of Shintoism, enabling a coexistence between Buddhism and Shinto. Yoshida didn’t stop there. He also inaugurated the practice of keeping the spirits of important men within the shrine as kami, beginning with himself.

I was led away by the poignant sound of a flautist practising by the side of one of the smaller shrines, augmenting the green peace and quiet.

I continued my walk up, and going further, found some trails off the main road. I took one or two, which crisscrossed again, but there was no fear of getting lost. The hill is small, only 1.5 km across, so I could see or sense the town nearby.

I found two secluded enclaves of greenery this way. One had an installation like a sun dial, and then, later, another contained 24 stone chairs sitting silently in circles. They gave out a pretty strong feeling they were waiting for someone. Then a view of Daimonji, a big mountain opposite with its distinctive cleared forest in the shape of a Chinese character. A bee bothered me and I could not take a proper photo. To top it all, it had the temerity to be in my photo.

I also came across an old, thatched house which turned out to be a café. A small park was a haven with a few people enjoying a bag lunch, idling and resting. Here I noticed a few paths going down, but I went back the way I came.

The hill is actually a network of trails, some going up, some going down. But they all connect, are close to each other, so you only have to look to your left or right to see where you came from. It’s a very easy walk, an amble, really. You don't worry about getting lost, because there's nowhere to get lost in.

Kyoto is among the big cities in Japan, and the world, too, that boasts a large percentage of green areas. But I don’t suppose anyone will visit specifically for its green rooms.

It’s not that these aren’t here. It’s just that they aren’t usually what people are looking for. Maybe that’s what’s lovely about a green room in Kyoto. Like Yoshida Hill.

How I got to Yoshida Hill:

You can get a good visual but no detail from JNTO Kyoto Walks map obtained from Kyoto Station Tourist Information Level Two. The map is on the first page “Along the Old Canal”.

From Kyoto Station, I took Bus 206 from Bus Bay A3 to Kyodai Seimon-mae outside Kyoto University.

The #206 was a long ride through suburbia. It stopped at Kitaoji Station, so it might be faster to take the Karasuma subway to Kitaoji and hop on the #206 at C Red Zone there. The bus terminal is downstairs. All bus numbers, platforms, are clearly displayed on pillars when you exit the subway.

On return I took bus #17 from Kyoto University, a green room in itself, with historic buildings and beautiful trees. I walked to the opposite end from the main entrance and found Hyakumanben Bus Stop. The #17 bus ride seemed shorter, going through the Karawamachi hot shopping district.

Bus numbers and destinations are clearly stated at the University bus stands. There are also signboard maps in the University telling you where the exit gates are. 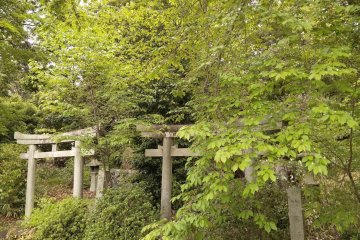 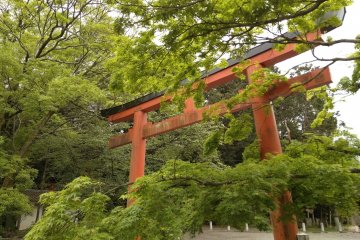 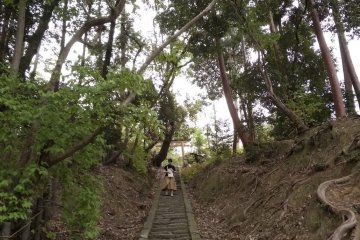 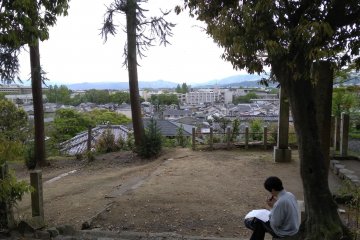 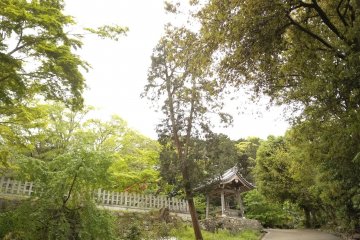 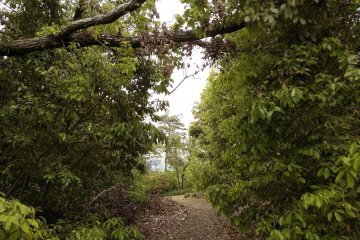 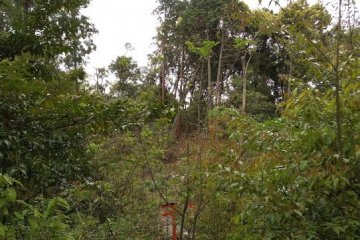 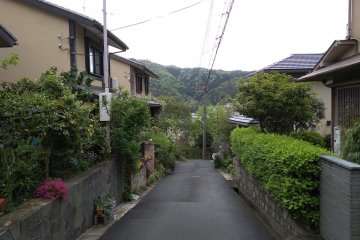 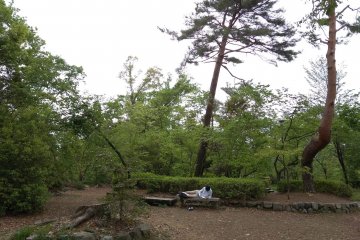 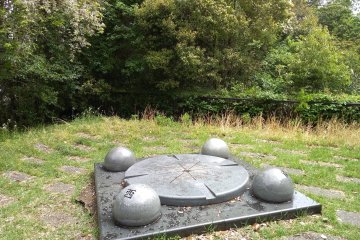 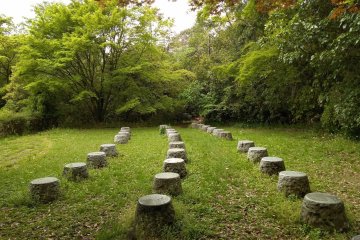 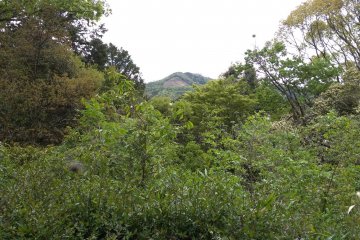 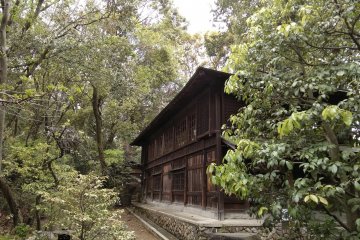