Japanese culture is full of interesting forms of art that are unique in the world and have ancient roots, but which are difficult to discover and understand for foreign tourists. If you are planning a trip to Kyoto I suggest a visit to Gion Corner, where you can see seven kinds of traditional performing arts. Located in Yasaka Hall, next to the Gion Kobu Kaburenjo Theatre, Gion Corner is popular with Japanese and foreign tourists.

I had the pleasure of watching the show in the first week of January. As the curtain opens, the tea ceremony starts: a woman patiently and carefully prepares tea, and a young woman sitting beside her serves it to two spectators selected from the audience. The tradition of enjoying tea originated in China around the eighth century, and was brought to Japan by Zen Buddhist monks during the Heian and Kamakura periods (9th-14th centuries). Initially the tea was consumed in Zen temples and by nobles, before becoming a refined beverage consumed by many people. The tea ceremony presented at Gion Corner is the "ryurei" style, the stylized tradition of steeping and serving tea to guests.

The tea ceremony is accompanied by a wonderful harmony played by two women on stage on the koto, an ancient Japanese six-stringed zither played with ivory plectrums.

The scenario changes and on stage begins a musical performance, accompanied by a dancer dressed in a colorful costume and wearing a mask, with a bird on the top. This show is an example of Gagaku, an indigenous Japanese music and dance performed at the imperial court, shrines and temples.

Now a comic piece is played by three actors. This is the Kyogen, an ancient comedy that was performed in the intervals of Noh theater plays. Despite being recited in Japanese, the piece is easily understandable, thanks to mimicry of the actors and the brochure that explains the synopsis. The piece amuses the audience.

And finally, two maiko (trainee geisha) dancers in beautiful decorated dresses perform Kyo-Mai dance. This comes from western Japan, and has its roots in the Noh tradition. It represents emotions with a limited number of moves, so it is also called "seated theater." Kyo-mai dance developed in Kyoto during the Edo period (16th-19th centuries), an elegant dance reserved for the imperial court, and slowly became a symbol of Kyoto. The elegance of the movements, the grace of the maiko and the sumptuousness of the costumes all charm the viewer. At the end of the show, the maiko have a photosession with tourists.

The show also includes a performance of Bunraku puppet theatre and a demonstration of flower arrangement.

The show at Gion Corner allows the viewers to immerse themselves in the arts of Japan, and better understand the culture of this country.

Shows are held daily at 6.00pm and 7.00pm, except for in winter: from December until the second week of March, performances will be held on Fridays, Saturdays, Sundays and national holidays only. Until February the 28th, foreign visitors have a special discount: their tickets will cost only ¥2500. 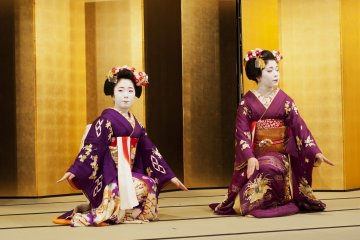 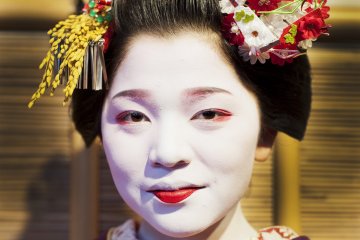 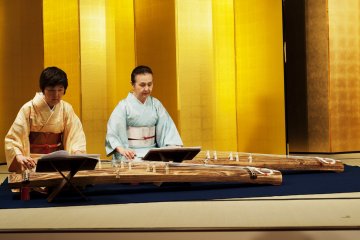 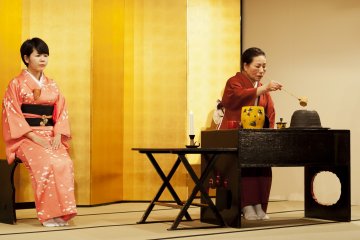 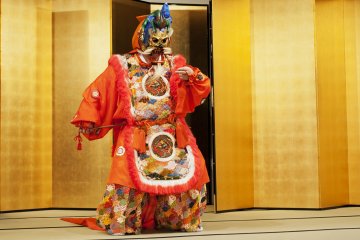 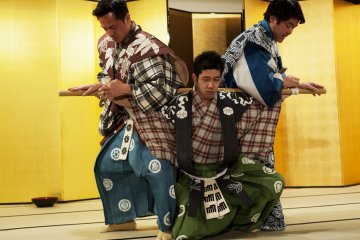