Stepping into Hotel Kanra is like stepping into an art gallery and a fashion show, all at the same time. The clean angled lines, the warm mood lighting and even the perfume transport you to another world, like you have woken up in your dream inside a tall forest. Mesmerized by the soft eucalyptus and mint scent, I asked the receptionist who carefully explained the hotel’s in house room fragrance. Called minus two degrees, it would give the feeling of coolness on a summer’s day. It is their idea of welcoming guest back after a long day of sightseeing. Likewise in winter they use a citrus scent to give you a feeling of warmth after a long day in the cold.

Hotel Kanra is a boutique hotel in quiet neighborhood of Central Kyoto, between the convenience of JR Kyoto Station and the commercial and business district towards Karusuma Oike. From a sightseeing point of view, it is blessed and cursed by its location, between Nijo Castle to the west and Gion to the east, the Imperial Palace to the North and Fushimi to the South. So its central location makes it accessible to everywhere, but its "halfway to anywhere" position means that it is not within walking distance to any of these tourist spots. Thankfully the hotel had this in mind, with state of the art electric bicycles that gets you to most locations with ease. Likewise, there are not a lot of restaurants nearby on the main road of Karusuma dori. Kyoto, however, is like an onion, and once you peel the outer layers and explore some of the back streets, you may be surprised at some very good hole in the wall eateries, like those in Teramachi Street. If you are keen to go to a cooking class, Cooking Sun nearby is a good choice.

Kitchen Kanra is their signature restaurant. Well versed with serving guests from around the world, their middle of the road international fare treads carefully to keep everyone happy. The Japanese influence is ever so subtle, with no pickles, sushi or sashimi appearing on the English and Japanese language dinner menu. Instead they play tribute to the country gardens of Kyoto by selecting the best local vegetable produce. The miso soup only makes an appearance in the lunch menu, while local wines, such as Tamba Hock, a dry white from the food bowl of Kyoto, are highlighted in a very exclusive wine list. For breakfast you have a choice of the Japanese or Western set, which is reassuring for those who like the comforts of home when they awake.

Each of the rooms is designed like a modern Kyoto Machiya, the narrow merchant houses that dot the lane ways of Gion. Through the narrow entrance there is a space for tatami sitting, and in the larger rooms, a courtyard garden. It is like they have de-constructed all the elements of traditional Kyoto housing and have distilled it to its purest elements. Likewise the deep cypress wood baths are soothing for the eyes as well as the body. It is like you have arrived the moment you step inside. 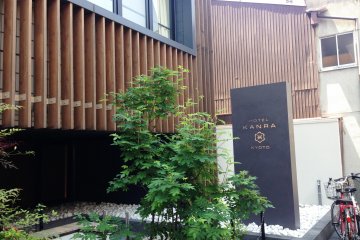 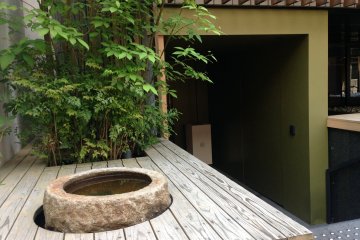 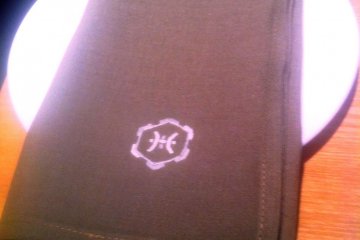 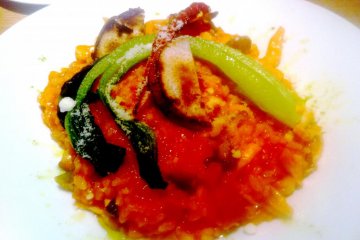 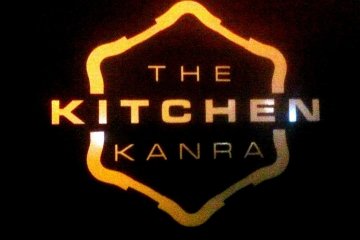