Only good VIBEs for this festival

The theme for 2019 is ‘VIBE’. A vibe, referred to as a sensation that one feels out of a given situation. You arrive at a vibe depending on the conditions surrounding it – the touch of a lover, the renewed energy derived from catching the first breath of morning, the chill of connecting with the rhythm of a well-loved piece of music. At the very core of any artistic endeavour is to illicit an emotional response from the audience towards any given artwork – a vibe – and with this year’s Kyotographie centred around ‘VIBE’, viewers would subconsciously be made more aware of the vibes experienced looking at each curated exhibition.

As Kyotographie prides itself on being one of the top photography exhibitions Japan has to offer, the evolution of its exhibitions throughout the years is also apparent, namely, in the spaces used to exhibit the work (venues of rich historical value such as Ryosokuin, and aesthetical value such as the Kyoto Shimbun printing press), and the artists/photographers on display. It’s not just about the photographic image anymore with Kyotographie, but also about challenging the notions of photography – the latter is apparent in one of the standouts for this year: Tunisian artist Ismail Bahri – whose work, held at the Okiyodokoro Kitchen in Nijo Castle, does not involve using photography as a delivery medium, but instead revolves around the techniques utilised in cinematic and photographic production.

The Okiyodokoro space itself is transformed into camera obscura, - its original shoji doors replaced with wooden panels filled with deliberate slits, allowing natural light to be thrown onto each artwork and redefining how that object is being perceived. The brilliance in Bahri’s work lies in how photography – the act of throwing light onto an object and freezing that moment in time – is redefined as a literal interpretation for the viewer.

The same concept of challenging the photographic image is also apparent in Weronika Gesicka’s exhibition What a Wonderful World, at the Shimadai Gallery Kyoto. Moulding her creative vision through modifying stock images of vintage American photos, Gesicka’s work questions these all-too-perfect scenarios taking place in the stock images, suggesting a possible other side of the story we don’t often see.

In a world of heavily-Photoshopped images and media bias, Gesicka’s work alerts us to the condition of the photographic image in our world today, its dissemination hastened by the blurring speed of the Internet and social media, and that what we see isn’t often what is to be believed. Herein lies the genius of Gesicka, not a practising photographer per se but using and manipulating the photographic image in her capacity as an artist to make her statement.

This year marks the 100th anniversary of Bauhaus, a movement characterised by a focus on abstract shapes and balanced visual compositions – and thus it made sense for Bauhaus to be included into Kyotographie this year, in the form of Albert Ehrhardt’s black-and-white photographic compositions exhibited at Ryosokuin. Ehrhardt’s time spent at the North Sea region in Germany, where the uniformity of the natural structures around the area proved visually arresting for German avant-garde photographer, resulted in his highly-acclaimed Das Watt (The Wetlands in German) series.

The images are a study of the forms brought about by nature, its seemingly meditative quality complementing the surroundings of the temple (Ryosokuin specialises in Japanese zen meditation experiences).

About Her, About Me, and About Them - Cuba through the art and life of Three Photographers

There is of course, no lack of photographic exhibitions in Kyotographie in its most literal intention, and one of the important exhibitions on display is About Her, About me, and About Them, an exploration of Cuban life and society through the lens of three photographers’ (Alberto Korda, Rena Pena, Alejandro Gonzalez). Korda, who is behind the image of Che Guevara (perhaps the most circulated photograph in the world), first started out taking fashion photographs before he documented the Cuban revolution. Pena, growing up in the era of utopian socialism and simultaneously watching its demise, casts mainly himself as the subject in his portraits, often critiquing the fall of social values (i.e. rampant double standards, intolerance, etc) in Cuban society. Gonzalez photographs models using recycled materials, his focus to bring to light the untold stories of the masses of Cuban society.

It may be three different stylistic approaches here, but upon purveying the exhibition as a whole, one gets the sense of that unified commentary on the idealism and eventual downfall of socialism that arose during the Cuban revolution, almost as a bitter critique of socialism’s cons throughout its course of shaping Cuban history.

Afficianados of documentary-style photography would be familiar with Magnum, the international photographic cooperative representing names such as Henri Cartier-Bresson – what makes this year’s Kyotographie all the more exciting is the presence of the Magnum Live Lab, a photography residency implementing production of photos that respond to the environment the lab is situated.

Situated within the same compound are works by Kosuke Okahara and Paolo Pellegrin – the former’s exhibition exploration of women who regularly inflict self-harm is a stark reminder of how deep the problems surrounding mental health are formed by issues that these individuals face, the solemnity of it all amplified by the maze-like structure of the exhibition itself, acting as a metaphor of the depth that mental-health issues can reach.

Pellegrin’s exhibition is a stern reminder to the impending doom that ongoing climate change issues bring about – the opportunity to travel with NASAʼs Operation IceBridge to Antartica in November 2017 resulted in a series of images documenting the polar icecaps there.

Kyotographie 2019 is held at various locations within Kyoto city. 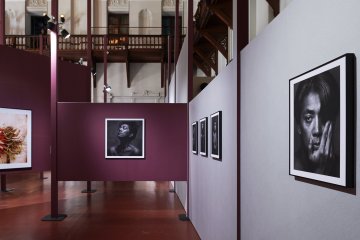 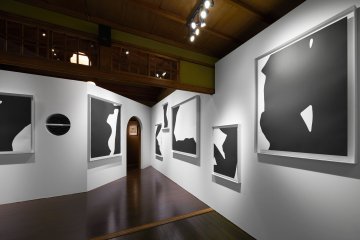 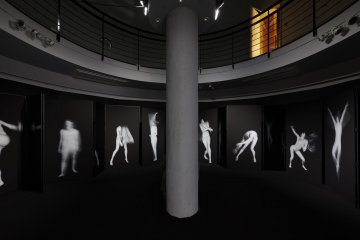 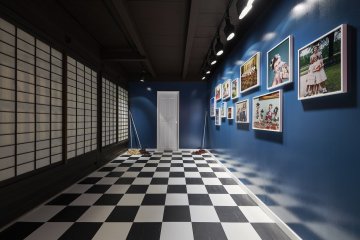 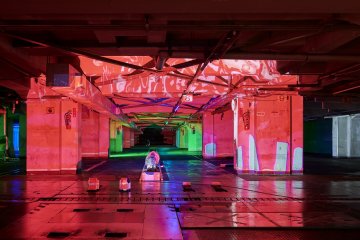 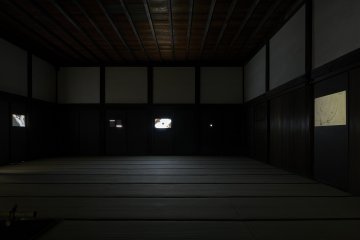 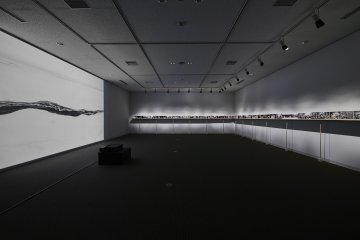 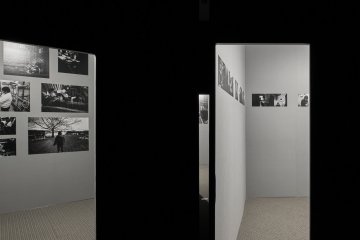 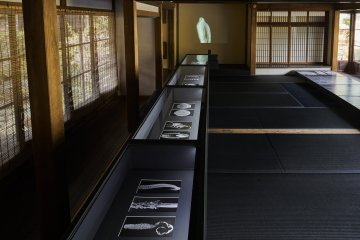 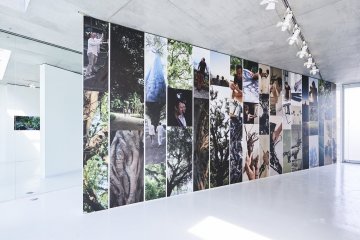 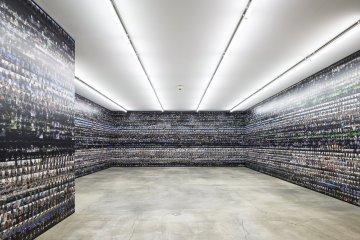 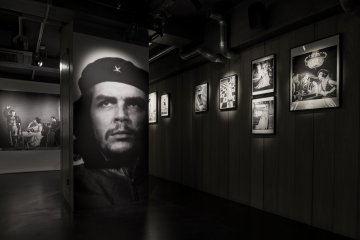 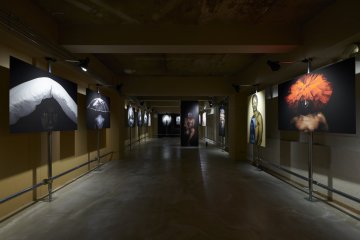 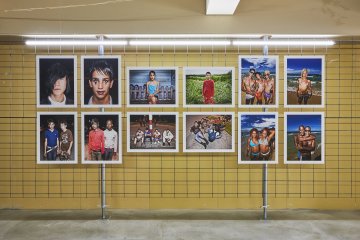