Discover a town that was before Kyoto

Muko city is the gateway to the south western hills between Kyoto and Osaka. You can quite easy spend a day touring this area by bus, or better still, car or motorcycle, with the scenic winding mountain roads taking you towards Kameoka. A very fit person may even consider touring by bicycle. There are also a number of temple gardens in the area, such as the Jurinji, Konzo ji and Yoshimine dera, the latter being visited by pilgrims and hikers alike on the Saikoku 33 route.

Jurinji is accessible by the route 66 bus from JR Muko or Hankyu Higashi train station, which leaves at 35 and 42 past the hour respectively until 2 pm. On the other hand Kohro or Doi's taxi provide a private English guided tour in an air-conditioned limousine or maxi van start from ¥6,100 each for four people.

A few kilometers north west of Higashi Muko station is Oharano Shrine, Shohoji and Shoji-ji, the latter also known as Hana no tera, or the temple of flowers. Saigyo, a poet in the twelve century, dedicated many poems about the flowers in this area, so much so, that the cherry tree Saigyo-zakura was named in his honor. Today, this semi rural part of Kyoto retains the symbols of bucolic bliss, from deer to fruit stalls on the side of the road.

The historic Saigoku Kaido road also passes Muko city, where in days past traders and other travelers would use this narrow stone path from Kyoto to western Japan. Historic machiyas still line parts of this road, particularly between Nishi Muko Station and the river to the south.

In February the city hosts a spicy foods festival and grand prix at the Velodrome. Do you want to see a spicy hot pepper running around in underpants? Or see the cook off for the tastiest spiciest dish? Who said Japanese food was bland? Come and find out.

JR ticket holders can board local trains which leave platforms 4 or 5 at Kyoto station approximately every 10 minutes, taking just 7 minutes to arrive at Muko-machi (170 yen), which is a eight minute walk from Higashi Muko. From Mukomachi it takes 33 minutes to Osaka. The Special Rapid express trains do not stop at Mukomachi. 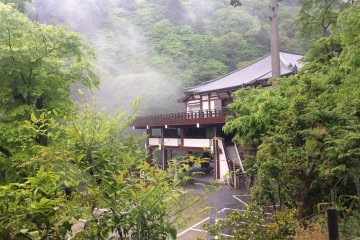 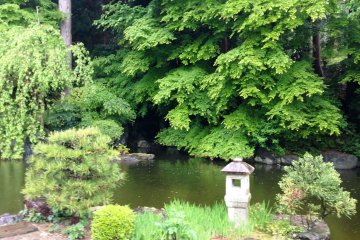 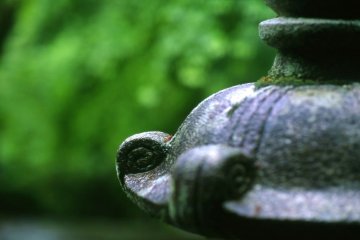 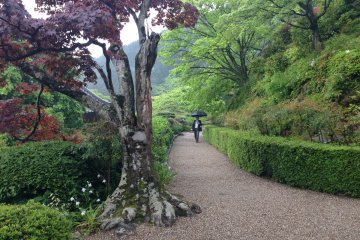 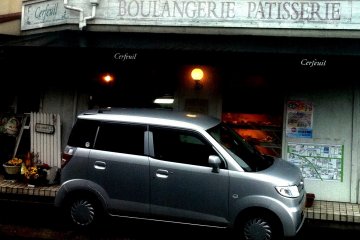