Art and Culture transformed to a White Night wonderland

When I was seven my parents took me to see a fantasy movie called “The Blue Bird”. While I couldn't’ remember all the plot details, the angels dancing in a night forest, and the two peasant children embarking on a magical expedition with the Blue Bird of happiness, remained in my memory to this day. It is a place you can only gain entry to in your dreams, when the straitjackets of reality are torn aside. Can you imagine being granted admission inside, or better still, not having to close your eyes to go into this dream world?

Nuit Blanche is like entering a dream world in your sleep, but taking your friends with you, wide awake. It is when the night is lit up; hence this festival is translated in English as White Night. Since its inaugural festival in 2011, white night fever has caught on in cities as far afield as Brussels, Helsinki, Melbourne and Toronto. It is when the city’s creative and cultural guardians open their nocturnal doors for an extra sensory experience, where birds (or is it a phoenix) comes alive, or the Imura Gallery nearby, where paintings that go beyond reality play with your eyes and your sense of perception. What’s more, you don’t have to go inside a Pokémon game with Nuzleaf and Shiftry to experience it.

Tonight I am relaxing on the grassy green in front of the Kyoto International Manga Museum. Being a balmy evening on the first week of October, families and couples are spread across the manicured lawn, picnic style, enjoying a glass of wine and relaxing to a quartet, while larger than life images of Daisaku Kadokawa, the Mayor of Kyoto and Philippe Janvier-Kamiyama, the French Consul General are projected on the stone wall of the Museum, like some outdoor cinema. Behind the glass wall a huge canary yellow bird is waiting to come out, like a dinosaur trapped inside a cage, awoken by the music and festivities outside. It reminded me of the night I lost myself in the Natural History museum. Long after the place had been vacated by day trippers, the dinosaurs and their shadows took on an eerie, almost supernatural persona. It was like I had a private audience with these beasts of the past.

Likewise, the Kyoto International Manga Museum had many beasts and creatures of its own, even though they are hidden between the pages of the Manga comic books and exhibits that dot each floor. Unlike Melbourne’s White Night, where many museums stayed open till dawn, the Kyoto International Manga Museum had kept its doors firmly closed, which only added to the mystique.

As Paris’s sister city, Kyoto’s Nuit Blanche has a French theme, from the sponsors Air France and Institut Francais, to the hyper realistic paintings from Etsuko Kawamura at the Imura Art Gallery. The silent, pastel colors take their cue from French impressionism, evoking images of Monet’s garden at Giverny. Here at Nuit Blanche, French and Japanese sensibilities fuse together in a seamless fashion. For those who can’t make it to see Etsuko Kawamura’s exhibition, the Mount Hiei open air picture Gallery east of Kyoto presents an ideal opportunity to commune with nature and art. You might even do a double-take if you see Claude Monet or Auguste Renoir lurking in the shadows. 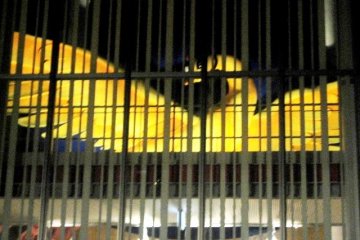 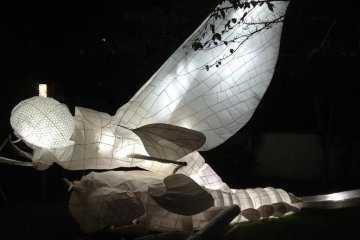 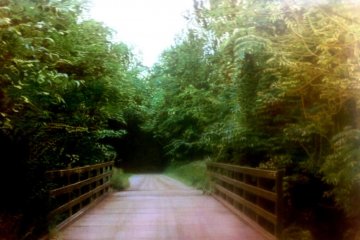 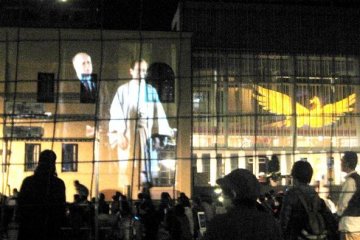 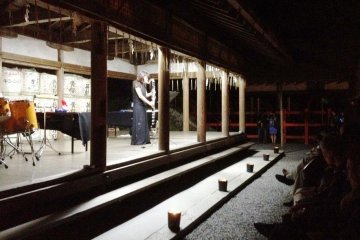 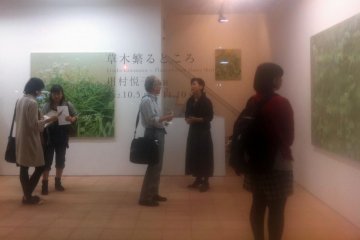 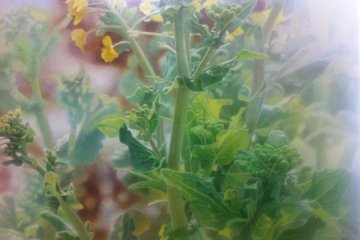 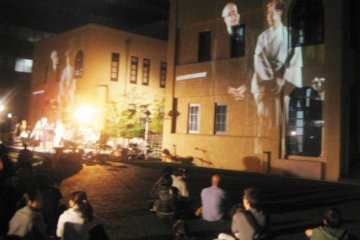