Zen meditation at a temple built in 1661

Zazen is a style of Zen meditation, which is said to have begun in Japan in the 6th century. Zazen requires one to sit and meditate in a lotus position, the position that you will typically see Buddha in statues and portraits, It is the basis of training for Buddhist monks and it is usually practiced twice a day, once in the morning and once in the evening.

When I went to Mampukuji I was able to learn about and practice Zazen with a real Buddhist monk. You can ask almost any Buddhist temple if they have any available spots in the next Zazen meditation. I was surprised at how many people wanted to practice or learn about Zazen. Since there are a lot of temples in Kyoto, I recommend going to a temple that not many tourists go to. Mampukuji was the perfect choice for me. A Chinese monk built Mampukuji temple in 1661. The Chinese influences on the architecture are apparent. Besides the temple there is a museum with various artifacts that one can enjoy for only ¥500. The most famous artifact is an enormous wooden fish that hangs from the ceiling. One of the largest wooden fish in Japan, it is struck to announce meal times and meditation times. Since Mampukuji is a little tucked away, not only did it have an opening for Zazen, I had the whole temple to myself! It was a unique experience to have a Buddhist monk show how they live, their history and give a private tour of the temple. It was also perfect for Zazen because there were no distractions and it was much more enjoyable to have a one-on-one class with a monk at such a huge temple.

There are three main points in Zazen. The first is correct posture. To achieve correct posture you have to cross your legs and, depending on the type of Zazen, you may have to do an inverted cross. Fortunately you are given two zabuton (cushions) so you can sit without losing your balance. After doing this you have to keep your back straight and chin tucked in. This allows the spine to be straight, allowing a connection from Earth to Heaven. Then you place one hand over the other to make a circle, allowing the thumbs to touch to close the circle. Then you place your hands on the center of your stomach.

After achieving the correct breathing technique you then allow your mind to be clear and prepare it for meditation. While doing so you are not allowed to close your eyes, you keep them half closed. This is because, like Buddha, you should always be able to see what is going on around in the world. You are allowed to blink, so don’t worry.

During the mediation process, the monk walls around carrying a stick, called kyousaku. It's used to tap the person mediating three times on each shoulder whenever the monk notices that their concentration is wavering or that their posture is incorrect.

I highly recommend trying Zazen meditation. It was a very unique experience and you get the feel of what monks do for training. The meditation was only ¥3,000 at Mampukuji and it is quite accessible even if you know nothing about mediation. Included in the fee is the opportunity to write a Buddhist mantra using sumi and fude, ink and brush. This was the traditional way to write in pre-modern Japan. The monks will stamp what you wrote with the Mampukuji stamp to make it official. You are also allowed to keep the brush as well as what you wrote to show your friends and family. Alternatively, you can leave your writing at the temple and have the monks bless it the next morning. Finally, you are given an omamori (amulet) to keep as well.

I am a 20 year old student living in California, USA. I am in my third year at college pursuing an economics major. I have been traveling since I was just a few months old. So far, I have been to 35 countries, on every continent except Antarctica. Some of my favorite places and experiences are Ke... 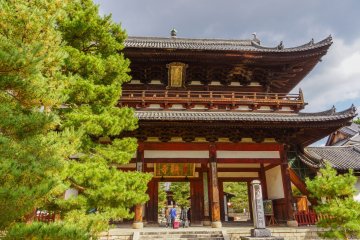 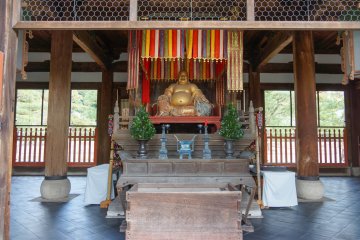 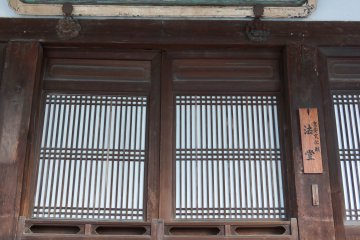 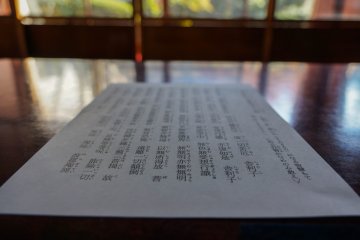 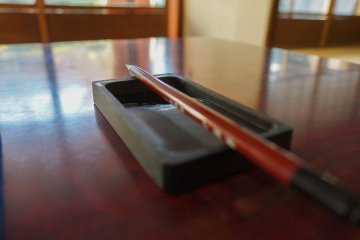 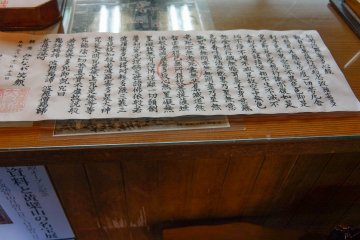 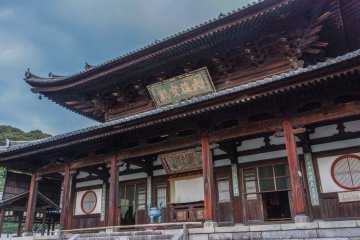 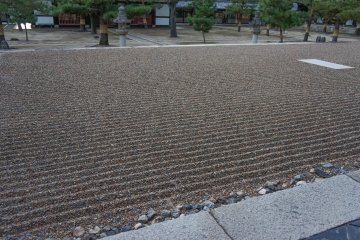 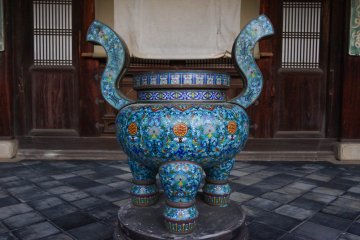 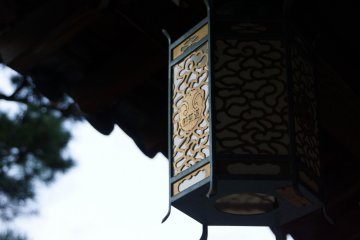 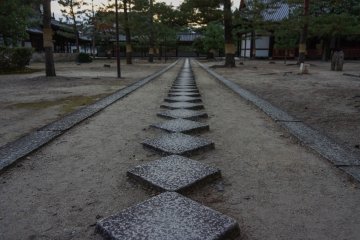