Japan's pride in a form of a race track complex

Welcome to Suzuka Circuit, Japan's most-loved race track located in Ino, Suzuka City, Mie Prefecture. As a host for numerous national and international sporting events, it's no wonder that the circuit, that can accommodate 155,000 visitors at the same time, has been one of the most visited attraction in Japan .

Suzuka was completed in 1962 and designed by John "Hans" Hugenholtz, a Dutch race track designer. It is owned by Honda, and was initially designed as a test track for the company. Suzuka is one of a few circuits in the world that has a unique eight-shaped figure.

In the world of F1, the circuit can be considered phenomenal, as it is one of the tournament's last races each season. That being said, Japanese Grand Prix always serves dramatic races as each drivers are on fire to win the title. Suzuka even witnessed the birth of Formula One's world champions for several times, as leading drivers confirmed their title after winning the race here.

The circuit layout itself is an entertainment for both drivers and fans alike. Its eight-shaped figure (the only circuit in current F1 calendar to have such layout) always push drivers to put on quiet a show and leave memorable acts.

Aside of the racing itself, Suzuka Circuit offers more than just race track—one of reasons why people keep coming here. The circuit is also home to a theme park, hotel resort, restaurants and even a hot spring, all of which can keep visitors entertained even during off-race season.

The theme park, known as Motopia, is probably the most popular among all. As a park in a race course complex, it's no wonder that Motopia is automotive-themed. The rides here, from go-cart, bumper cars, and ferris wheel are all designed in a unique car and motorbike concept, making children believe that they could drive and operate their own cars. Nearby is Aqua Adventure, a water park with five different types of pool that opens during summer.

Visitors can also have a complete culinary journey at S-Plaza which has three types of restaurants: Sora-Tabeyo offers a buffet with 60 different kind of Japanese, western and Chinese menu; Shun offers teppanyaki and grilled food with fusions of Japanese and western style; Sunpo offers organic foods from cakes to burgers.

Planning to stay longer? Suzuka Circuit Hotel is at your service. Along with Kur Garden Hot Spring, the complex allows visitors to have a complete Suzuka experience.

Its location is a bit far, and the effort to reach the venue may not be easy. But with so many things to offer be it on or off the track, it's no wonder that people keep coming to Suzuka.

It is an hour from Nagoya Station by train, however it may be easier to get here by car.

Find out more about Suzuka Circuit. 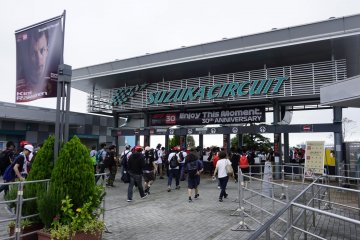 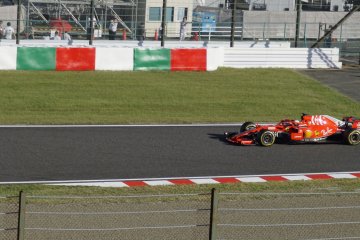 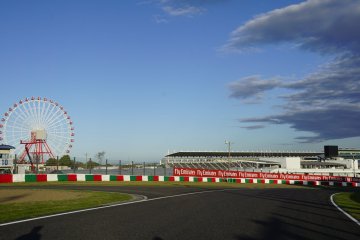 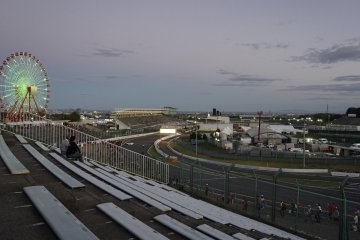 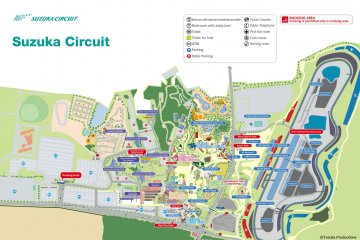