A picture paints a thousand words. However, the sun setting over Ago Bay could not be described in two thousand, or even ten thousand words. It is a truly stunning sight!

Tomoyama Park is a National Park, and as such is free to enter and enjoy. The wide bay and surrounds have been designated a nature reserve for the protection of the beautiful coastline and bushland areas

A number of quality resort hotels with magnificent views of the reserve and ocean rise from the lush bushland. One of the best ways to enjoy the beautiful scenery of Tomoyama Park, is with a walk along the almost seven kilometer promenade which leads to an observation tower. Along the route, small signs explain the trees, bushes and sights.

The Ago Bay is littered with small and medium sized islands covered in twisted black pine. The outlines of each island, like the coast of the bay itself could be described as “crinkly” and reminiscent of the Fjords of Norway. It looks like a jigsaw puzzle has been upended into the water, and every single piece, an island, yet to be connected to the other pieces.

Small boats returning to their harbors dot the waters and leave traceable wakes, while net floats and rows of farmed pearl farm netting break the otherwise flat ocean surface. As the seasons change, so do the colors and the scenery. Whatever the month, evenings offer one of the most romantic scenes ever, as the sun sets over the bay.

One of the best places to see the sunsets, and indeed the bay itself is from the hilltop observation deck. Nearby barbecue facilities and rest areas are often full by mid morning, so make sure you get in quick. Just to be on the safe side, it may be wise to get a Japanese friend of fluent speaker to call the Park Management Office (0599-72-4636) and book a spot in advance.

Autumn and winter, when the Japanese skies are the clearest are amongst the best times to catch the sunsets at their most magnificent, although the hazy skies of summer also make for some spectacular photo opportunities. The last rays of golden, sometimes vermillion sunlight reflecting off the waters, the inky blackness of the islands in shadow contrasting with the glazed water reflecting the days’ final strains of blue sky will leave an impression that could not be described in a thousand, or even two thousand words. 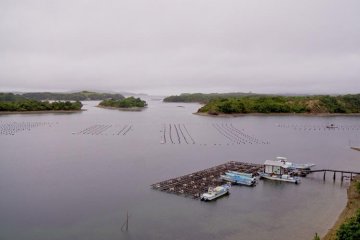 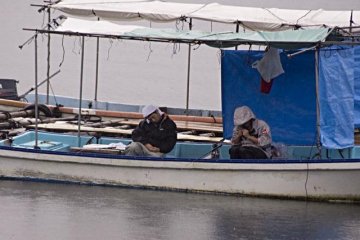 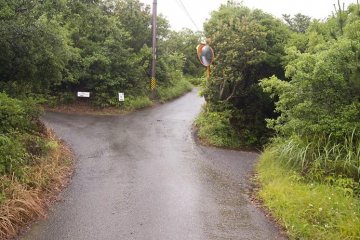 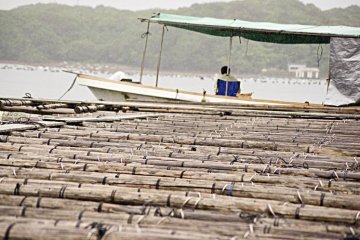