Dontosai: The Half Naked Pilgrimage

Miyagi's version of the naked festival

While many people like to usher in the New Year with revelry, some with quiet reflection, most folk living in Japan pay a visit to a shrine. But during “Dontosai” in northeastern Japan’s Miyagi prefecture, residents welcome in the New Year with bonfires and half-naked pilgrimages.

Every year around the 14th of January during the festival of Dontosai, people gather to rid themselves of bad luck as well as pray for health and good fortune. This festival is held at most shrines around the prefecture, but the oldest and most famous occurs at Osaki Hachiman Shrine in Sendai City. Crowds flock to the shrine grounds to burn their New Years decorations in a massive bonfire. Old schedule books, photos of bad memories, any article harboring demons of the past are thrown to the flames and offered up to the gods.

Don’t get stuck warming your hands around the bonfire too long or you’ll miss the real spectacle of Dontosai. See participants brave the freezing cold temperatures, ceremoniously marching from a few blocks to a few kilometers through the city streets in this 300-year-old purification ritual. Though other prefectures have their own “hadaka-matsuri” or naked festival (like Fukushima's famous naked spectacle), this traditional near-naked walk or Hadaka-mairi to the shrine is unique to Miyagi.

Co-workers, school clubs, or organizations usually form groups to participate in the event. Men are dressed only in thin white boxers, a straw belt, and straw sandals, while ladies additionally don a jacket. Exposed skin isn’t meant to be sexualized but rather a symbol of cleansing. A thin strip of paper closed tightly between the lips to prevent talking or teeth chattering against the cold. As they briskly make their stoic and sullen procession, pilgrims carry a handbell to herald their coming and a lantern to light their way. The crowded ocean of people gives the shivering supplicants special treatment, briefly parting to allow pilgrims to reach the shrine unhindered.

After climbing the steep steps and approaching the destination of the main shrine building, pilgrims gather on the platform of the holy sanctuary to receive a cup of sake and a blessing from a priest. In other towns outside Sendai, a priest may have spectators throw a bucket of ice-cold water on the pilgrims. Participants make a final run through the anterior temple grounds and circle the bonfire for a final cleansing. They throw their straw belts into the flames, releasing any demons lingering in the twisted rope before escaping the cold by returning home or celebrating at a nearby restaurant.

After watching the pilgrims and paying respects at the shrine, the third serious draw for this festival is without a doubt the cuisine. Spectators observing the festivities need not worry about finding a restaurant, as they have a wide variety of festival foods available. Visitors can sample takoyaki, yakisoba, grilled chicken, or hot sake from the smorgasbord of food stalls that line the temple paths.

Dontosai and the Hadaka-mairi are unique Miyagi tradition and a must-see if you are visiting Sendai in mid-January. Note that it is difficult for visitors wishing to participate in the pilgrimage, as connections and Japanese language ability is necessary, however observing is always welcome. If you go, be sure to bring extra warm clothes, something to burn, and lots of coins for a New Year's prayer offering or for the temple food.

.Lover of languages and adventure, I have travelled around the world, from South Africa to Sri Lanka. Though originally from San Francisco, I left some of her heart in the cities I have lived in Tokyo and Seoul. I think travel is key to opening your heart to new experiences, so I hope to encourag... 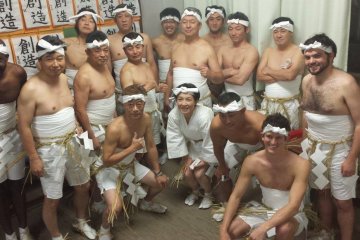 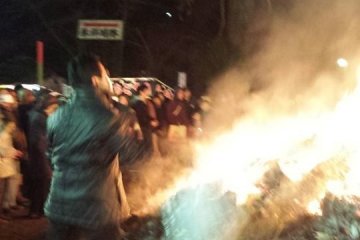 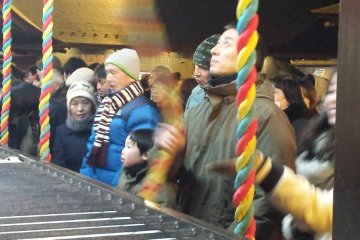 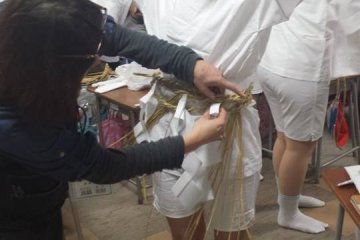 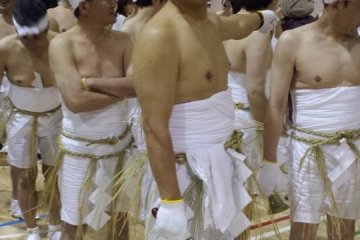 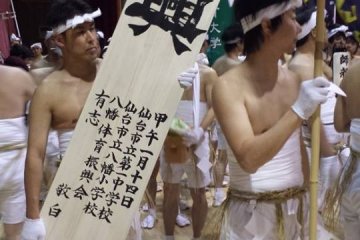 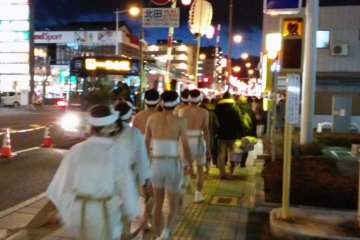 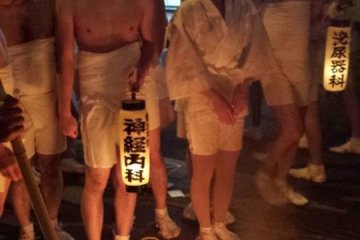 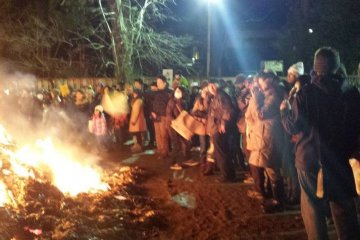 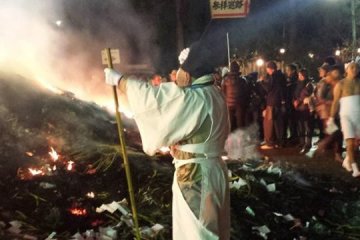 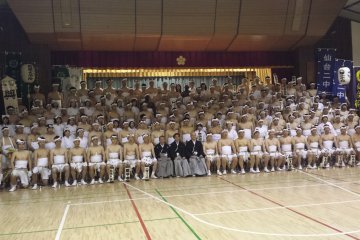 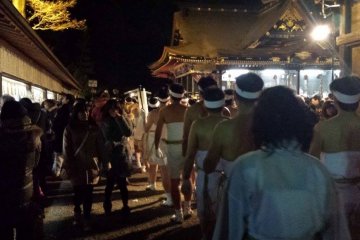 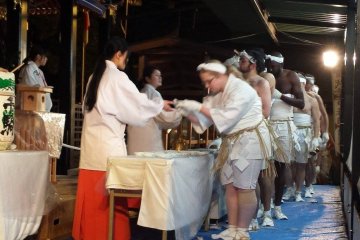