From Russia, With Wings

The Tohoku region of Japan is famous for its legendary natural beauty. Whether that is the snow-topped mountains of winter, the chirp of insects deep inside its primeval forests, or the magic healing power of boiling mineral water gushing from the earth to create its hot springs, there is something for everyone. One such wonder is an annual natural phenomenon taking place in Northern Miyagi Prefecture.

Each fall and winter, the picturesque lakes of Izu-numa and Uchi-numa of Tome and Kurihara, become even more beautiful. From October to March, migratory swans, geese, and wild birds from as far away as Siberia settle here for their winter in paradise. Particularly, the "site is one of the largest wintering grounds in Japan, where over 80% of White-fronted Goose, as well as the Whooper Swan and Tundra Swan" visit. The lakes never freeze, there is little snow in the area, and the birds have plenty to eat thanks to the nearby rice paddies and a few giving locals. They enjoy their surroundings and are accustomed to having tourists coming to see them--which could lead to some great photograph opportunities. Because the lakes were originally created for flood control and irrigation, and the fact that the area has become a protected wetlands region, the environment is remarkably pristine.

I was told it is best to arrive early in the morning when you can see the hundreds of birds taking off from the lake to start their daily adventure. However, I arrived in the afternoon. I was still able to find many birds in the lake but none of the spectacular flight patterns of dozens to hundreds of birds at a time which some lucky few have witnessed. On the other hand, since it was later in the day, I did get to see some of the swans and geese swimming through the two feeder rivers of the lakes and foraging in some rice fields as I explored around.

Izu-numa and Uchi-numa can be accessed by train via the JR Tohoku Line from JR Sendai Station. Depending on your train, you may need to transfer at Kogota Station. Get off at Nitta Station (*this is the Nitta in Miyagi, not Fukushima!*). The trip takes just 70 minutes by local train. 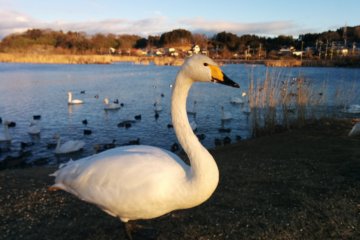 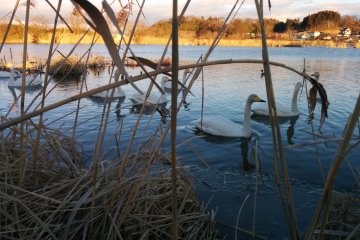 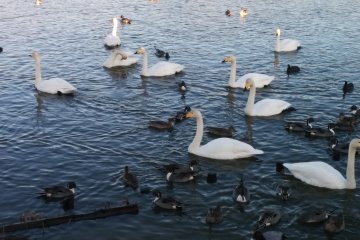 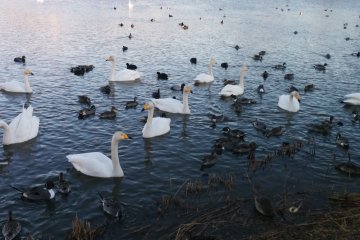 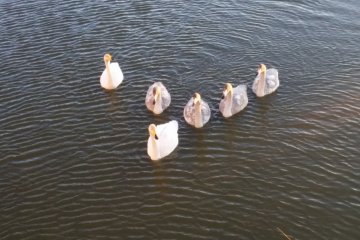 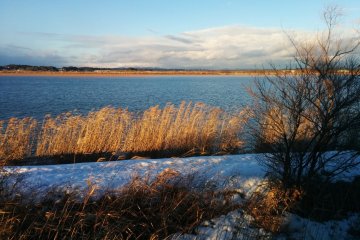