Out of the many foods that Japanese adopted as its own, curry might well be the most popular and the most lasting. It has become a comfort food and common sight all over Japan. So it's no surprise that specialist shops, from the independent to the commercial, can also be found.

Go Go Curry is the latter, so popular that it has an international presence. In Sendai there are two downtown stores, both in the Ichibancho area. If you've ever seen a picture of a gorilla on a yellow background, chances are you've seen a Go Go Curry restaurant. They even have a kids' meal that vaguely looks like a gorilla face. That isn't the only “go” related theme either – the 5th, 15th and 25th of each month are “Go Go Day” (five is “go” in Japanese); meals come with a free topping. Even the opening times follow the theme – from 10:55 to 22:55.

They sell a particular type of curry that was developed in Ishikawa Prefecture. It's named after the town the shop was in: Kanazawa. And then there's Go Go Curry, made over a 5-hour period and rested for 55 (keeping up the “go” theme). The 5 phenomenon first started because the creator of the company was a fan of Hideki Matsui, a former baseball player for the Yoriumi Giants: his jersey number was 55.

The atmosphere is quite informal, with a sort of diner setting. It's perfect for a quick meal (perhaps another meaning of “go”?), but families may wish to be careful. The American radio station played as background music doesn't always play family friendly tunes. There's a more universally suitable TV channel that also plays in store called G Channel; it's mostly a self-promotion tool.

Food is bought via a vending machine ticket system and there's lots of variety of sizes and toppings to choose from. Toppings are different prices, from cheaper raw egg through boiled egg slices to the more expensive cheese, meat and prawns. The several sizes of rice are named after flight seating e.g. economy class. There is also a ridiculously large portion challenge, which is limited to a certain amount a day.

Also, phone reservations can be made for bento (boxed meals) and take out, even for one person, making Go Go Curry even more convenient. Maybe that's why it has gone global? 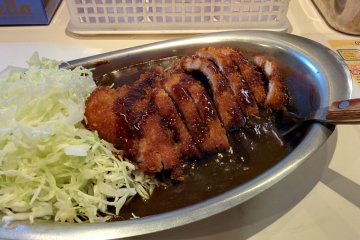 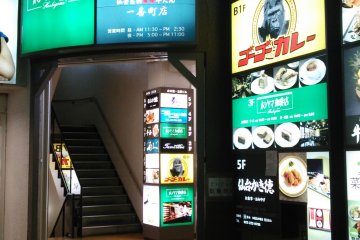 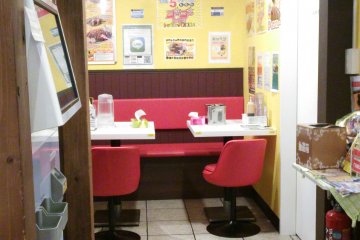 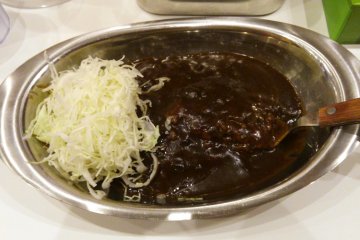