Traveler friendly with a community focus

The town of Naruko in northern Miyagi is known as an onsen (hot spring) town. The town is known for its abundant amount of hot springs, as well its traditional craft of kokeshi dolls. I like to think every train station has a little something special, but Naruko-Onsen Station is surely something unique.

A trip by bus or car to the station takes about an hour and a half from JR Sendai Station. Or the fastest train combination will take less than an hour. That includes a 15 minute bullet train ride to Furukawa then a 40 minute express train on the Rikuu East line to JR Naruko-Onsen Station. No matter how or where you arrive in town, you will soon find your way to the station. With its traveler friendly resources and popularity as a hang out spot with locals, JR Naruko Station becomes a mini destination in and of itself.

If arriving by train, take a look around the platform before you step inside the station. In the distance are beautiful mountains still partially covered in snow even in early spring. Once you had your fill, show your ticket at the counter because this station doesn't have turn styles or fancy ticket-taking machines. Inside the station I was taken aback. While there was a small convenience store, area to buy tickets, and large-sized lockers, it was the effort that went towards the locals that was most apparent. Turn the corner and the entire center of the station is filled with a two floor seating area resembling a small sport stadium. Cushions and a heater are available for anyone wanting a rest. The second floor offered a small library used as a reading area. And best of all right outside the station are two miniature onsen you can use to soak your feet and lower legs! These are free for anyone to use. Not a bad place to wait for the next train at all. I viewed many locals just hanging out. Like meeting strangers at the hot spring, the station had become a sort of social center. I thought it was great to see so many smiling faces right upon arrival.

Specifically for the traveler, the display cases and tourist information center are a must. Several display cases highlight local products such as crafts, food, or beverages. If you have questions about these ask at the tourist information center. They can point you in the right direction whether you want to go to take a dip in an onsen, want to buy a kokeshi doll, or need advice on using the infrequent bus service. All in all, JR Naruko-Onsen Station is a perfect stop for a rest or for your travel needs. Enjoy your time in Naruko. 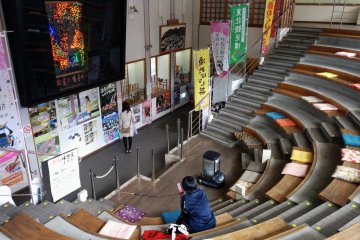 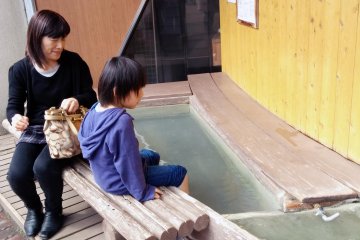 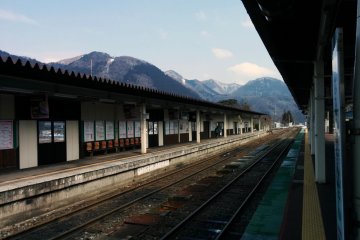 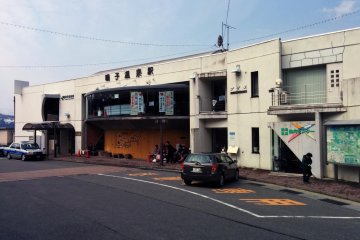 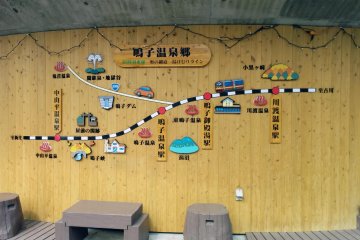 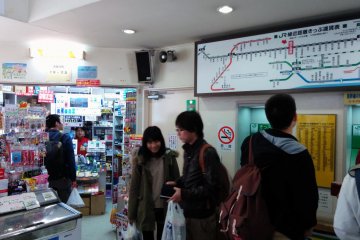 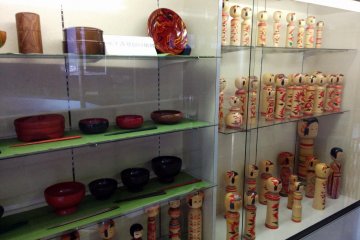 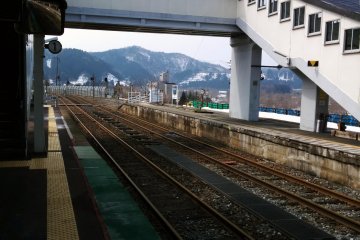 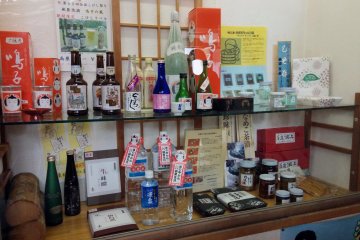 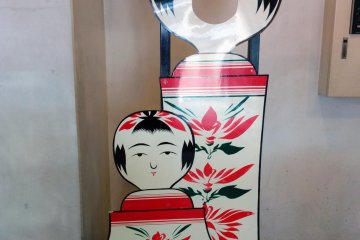 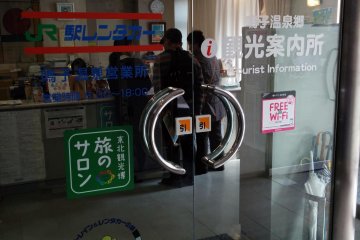 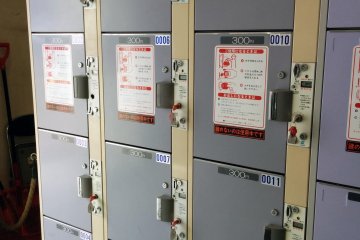