A pass that helps you save more when you ride more

If you intend to visit Miyagi's capital city of Sendai, consider purchasing the Sendai Area Pass to save money on getting around. The Sendai Area Pass is a rail pass exclusively available to foreign tourists, which allows visitors to enjoy unlimited travel in and around Sendai for a day.

To buy the Sendai Area Pass, head to the JR East Travel Service Center on the JR Sendai Station’s second floor. You can purchase the pass up to a month before the usage date, which cannot be changed after your purchase.

The pass works within a fairly wide area, which includes: JR lines between Sendai, Matsushima, Matsushima-kaigan, Yamadera, and Shiroishi stations; all lines of Sendai Airport Access Line; all lines of Loople Sendai, Sendai City Buses and the Sendai Subway; Miyagi Kotsu Bus between Sendai Station and Akiu Otaki; and Abukuma Express Line between Tsukinoki and Abukuma.

This pass is especially useful as beside transport savings, you also receive discounts at a sizeable number of Sendai's top attractions such as the Sendai City Museum, Yagiyama Zoological Park and Zuihoden Mausoleum.

The Sendai Area Pass also comes with a descriptive leaflet containing a map showing the pass usage area and tourist attraction information near each train or bus stop.

With all these advantages offered by the pass, don’t hesitate to buy one if you intend to stop by Sendai. 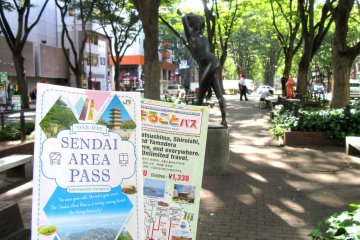 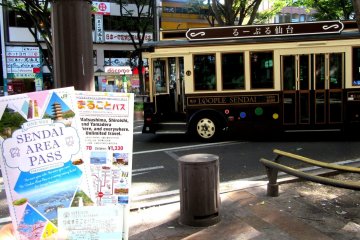 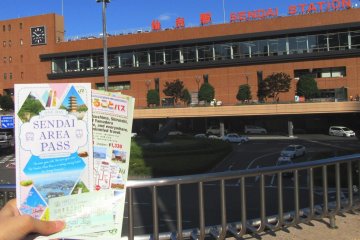