One week ago on December 10th、2016, the “Sendai Tourist Information Desk” opened in the Tohoku region’s largest city Sendai. The event was celebrated with a speech from the mayor, local and national media attention, and several foreign visitors on its first day of operation. While the city has long operated, and still manages, the information center inside JR Sendai Station, the city has come to understand the changing tourism market and need for a new concept.

Spearheaded by the Sendai City Central Shopping Street Activation & Partnership Preparation Association, in cooperation with several prominent tourism and business leaders, this tourism information desk focuses on foreign visitors first, with Japanese visitors being a close second. Multilingual staff--with a guaranteed English speaker always present—can answer or assist in almost any inquiry from Wi-Fi, to transportation, to tourism. You could even call or send an email through the website to ask questions before your arrival. Although based in Sendai, the staff encourages inquiries about anything and anywhere in the Tohoku region (Aomori, Akita, Iwate, Yamagata, Fukushima, and Miyagi).

The desk goes far beyond providing information and offers some unique tours and experiences directly to visitors. Examples include bar-hopping, a guided walk around town with the Busho-tai samurai era guides, or eating your way through the city with a foodie tour. The future goal of the desk is to offer tours and experiences daily, meaning visitors can join the same day without a reservation.

It is said the “inbound” tourism boom in Japan picked up the year after the 2020 Tokyo Olympics were announced in 2013. While various private companies and the city tourism bureaus in the region struggled to catch up to speed and organize against a now fiercely competitive Japan market, many hope that Tohoku has finally found its beacon. The tourist information desk is small, though incredibly valuable.

The Sendai Tourist Information Desk is located in the historic Fujisaki Department Store Main Building on the first floor. It can be accessed via a 15 minute walk from JR Sendai Station through the main shopping arcades. The desk is located on the 1st floor of Aoba-dori Avenue side of the building. It is open daily during Fujisaki business hours (generally 10:00-19:30). 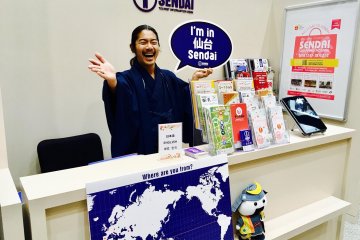 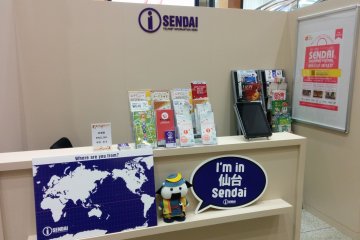 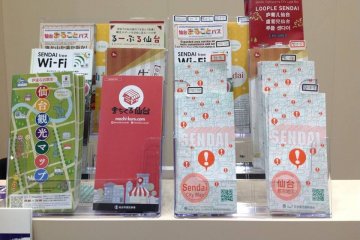