Sendai’s “For Love Or Money” Shrine

Welcome to Nonaka Shrine, if you can find it!

Are you looking for love in all the wrong places? Or maybe it is not you, but your wallet that has been feeling lonely lately. In either case (or both!), hunting down the elusive back alley Nonaka Shrine (野中神社) in Sendai City is worth the effort. This local “power spot” is well-known to help grant wishes related to love or money, and personally speaking, I can tell you it works! While far from the most famous shrine in Sendai, it certainly must be one of the most important shrines connected to the city’s history.

When feudal lord Date Masamune (1567-1636) moved from Iwadeyama (northern Miyagi) to set up his new domain in Sendai in 1601, he had plenty of work to do. Similar to how Edo (ancient Tokyo) was a tiny village before it was developed by Tokugawa Ieyasu (1543-1616) into a sprawling metropolis centuries ago, Masamune faced a similar challenge. Sendai started as a castle town, so the town developed around Sendai Castle. Merchants, samurai, and townspeople lived in separate quarters of the city, and shrines, temples, and government buildings were erected here and there along the few former and many new roads. City planning was very hands on to get measurements just right and make sure lines were straight. City engineers used some of the best technology at the time to overcome this feat: ropes.

These simple ropes used to layout the city were so essential to the success of Sendai that they were buried on the shrine grounds and enshrined in the purposefully-built Nonaka Shrine. “Nonaka” (野中) means “middle of the field”. The very spot the shrine was made is said to be the exact center of Masamune’s castle town, built of course mostly on sparse, flattened ground (a "field"). Since the ropes “tied” the city together, naturally the shrine came to be known as an “en-musubi” or “fate-tying” shrine. Specifically, en-musubi shrines are locations to pray for matchmaking and guidance to find the ideal partner. Nonaka Shrine is also a favorite location for the owners of nearby stores and restaurants in the shopping arcades to pray for good business. After all, both love and business success depends on the other person being happy, right? These two things may not be so different than first appears.

Nonaka Shrine is located down a narrow side street off the Sun Mall shopping arcade, opposite of Iroha Yokocho Alley. About halfway down the road on the left side is a small vermillion gate and vibrant red banners marking the otherwise elusive entrance. Nonaka Shrine occupies valuable city real estate in the center of the city, but the government would never dare think of destroying or relocating such an important shrine unless absolutely necessary. The result is that the shrine was rebuilt after manmade and natural disasters over the years, but never relocated. Today it is surrounded by modern towering apartment and office buildings hugging the edges of the shrine’s precincts. This actually creates a welcome environment. Despite being steps away from busy streets and shoppers, the buildings block most sounds and the cast shadows darken the precincts to create a soothing, calm oasis.

Follow the banners forward through the second tori gate and take a left. The shrine lies deeper inside. Next you pass through what I call the “Tunnel of Love”. Here visitors have written their hopes and desires in matchmaking. If you can read Japanese, you’ll see wishes such as “I hope to marry someone I truly love” or “It would be great to meet a guy that prioritizes family”, to the blunter, “I want to meet a cute girl!” Inside the courtyard area the shrine rests on the roof of a concrete structure which protects the portable shrine used for festivals and a neighborhood association community space (usually closed, but you can peep inside the windows). A mysterious statue in a corner of the courtyard resembles a pregnant women’s limbless and headless body. The sign in Japanese offers no explanation except permission to “Please look and touch!” After confirming no one was looking, I did comply with a nonchalant tummy rub.

The main shrine up on top of the stairs looks nice but has no overly dramatic appearance. Pray here for your deepest desire. A coin-operated red box next to the shrine will spit out an omikuji fortune paper if you put in a 100-yen coin. You can tie it on strings next to the others in the courtyard after reading it. To buy a votive tablet to write your “Tunnel of Love” wish, you’ll need to go to the Sun Mall Ichibancho Shopping District Promotion Association office. It is a 2-minute walk away on the 4th floor of the Chuo Building inside the main arcade (Japanese address: 一番町2-5-5東一中央ビル4F). The office is open weekdays only, 10:00AM-5:00PM. Nonaka Shrine is open 24 hours, but is not lit well at night and you should be quiet if you visit late since people live in adjacent buildings.

Personally, Nonaka Shrine is very special to me. I proposed to my wife here a few years ago, and she said “HAI!” The power of the shrine that is strong enough to unite a whole city really works wonders, but don’t take my word for it. What will you wish for?

After cleansing your spirit, how about your body? Vegan LIKO Vegan Cafe & Restaurant is located right outside the tori gate entrance on the second floor of the building diagonally to the left and across the street. 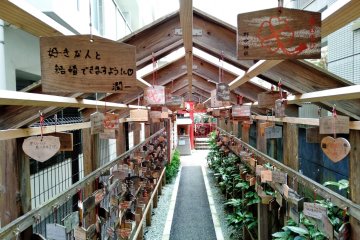 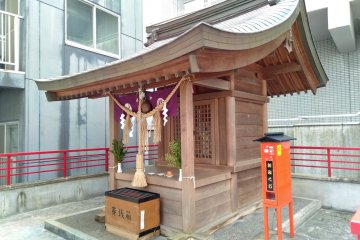 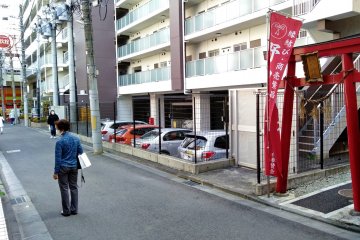 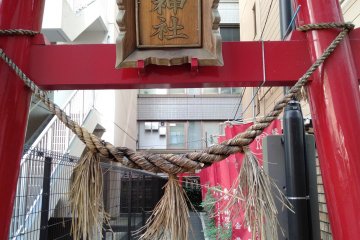 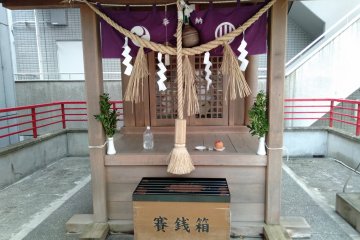 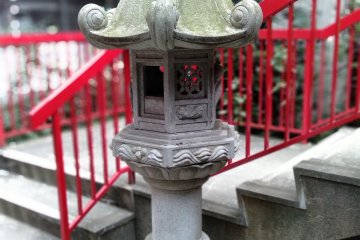 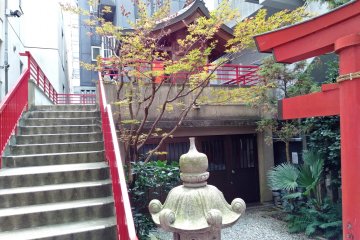 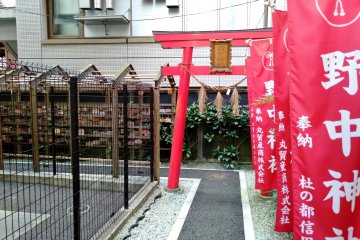 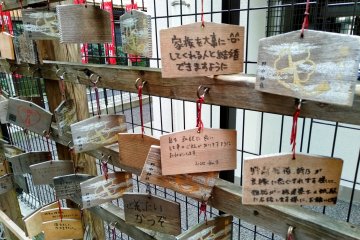 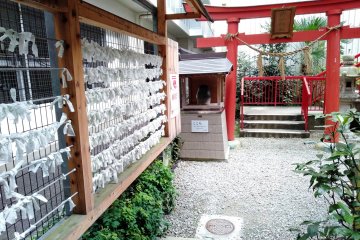 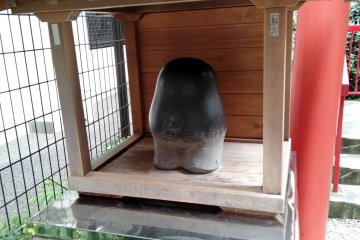 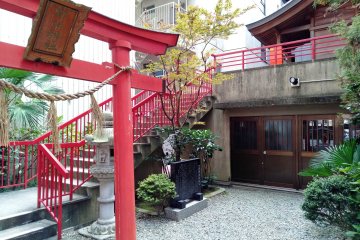 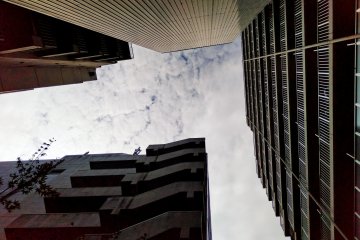 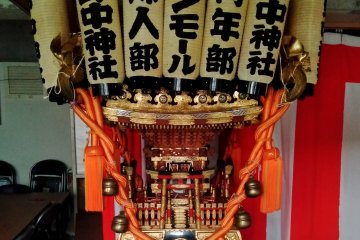