A festival all year round

Tanabata is a traditional summer time festival taking place across all of Japan. The main attraction of the festival is the lines of majestic streamers hanging from bamboo poles that line city streets. These handmade works of art eagerly invite passerby to admire their beauty. While most Tanabata Festivals occur on and around the "seventh day of the seventh month" (July 7th), Sendai Tanabata is different. The city of Sendai takes the passive art displaying festival to a grander level, but does so a month later around August 6th-8th (with a fireworks celebration on the night of the 5th). Sendai Tanabata is the most famous Tanabata festival in Japan, but few people know you could actually appreciate this unique event all year round at the Sendai Tanabata Museum.

Located conveniently next to another (mostly) free attraction, the Kanezaki Kamaboko Factory, the Tanabata Museum is small but with plenty of charm. While there are a few English signs, it is no surprise what you are looking at. The paper Tanabata decorations consist of a sphere with hanging down streamers. Typically the streamers hang low enough for people to touch and walk through--and it is the same at this museum. Each Tanabata decoration is a true one of a kind. All handmade by individuals, companies, or community groups, the colors and patterns are as wild as the imagination. Step inside the museum. After walking through a brief hallway which plays an introduction video, you enter the main chamber. Tanabata decorations dangle from the high ceiling and large size puppets of popular Sendai mascots hang from strings to silently greet you from the back wall. There is usually a staff member stationed here as well, though they may or may not speak English.

A spiraling staircase with more Tanabata decorations you must swim through leads to a second floor. A small table in a darkened corner has pens and paper. It is here you can write a poem or wish. After you are done, tie the paper to the bamboo branches. The last section of the museum is a hallway leading back to the entrance. On the right side of the wall are old Tanabata festival posters from years past. On the left are particular decorations often tied to decorations with an explanation in Japanese. For example, you'll see a purse as a prayer for wealth, a garbage bag for cleanliness, a net for a large catch of fish, and a kimono for skill in sewing.

The Sendai Tanabata Museum is no match for the real thing, but it is a fun introduction open year-round. Unlike the hordes of people around the festival day, an uncrowded museum setting allows visitors to look closely at decorations and take pictures at a leisurely pace without bothering others. Recently the museum has introduced hands on craft experiences, such as making your own mini Tanabata decorations or a lampshade from traditional Tanabata paper. You can sign up at the reception inside the fish factory building.

--By Public Transportation--
Take the Tozai subway line to “Arai Station.” From there you can walk 25 minutes, or use a bus. 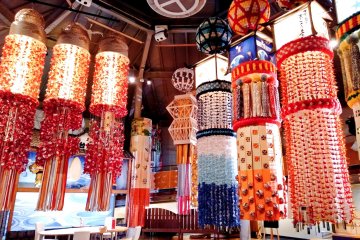 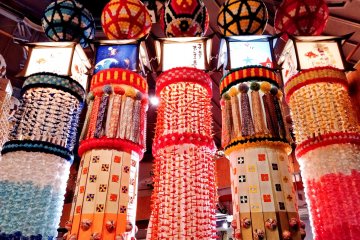 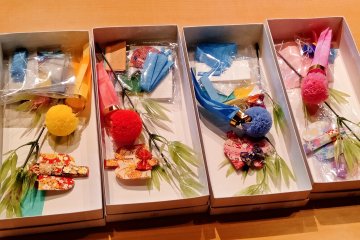 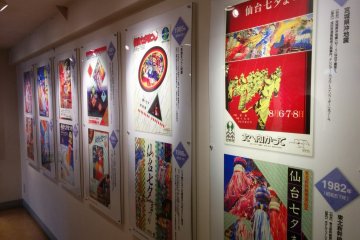