A castle comes to life

The small but perfectly built Shiroishi Castle makes for a pleasant trip all year round, though it comes to life as at no other time during the Oni Kajuro Festival in October.

For one afternoon, Samurai battle across the grounds, arrows fly through the air and ninja tumble and flip through gunpowder smoke.

With the typical festival trappings of yakisoba stands, local accented commentary and yukata, this festival also boasts a reenactment crew displaying replica 16th century armour and weaponry. Following a short parade, a charmingly melodramatic drama ensues, as famous characters from history goad, fight and moarn each other in a recreation of a Medieval battle.

Though unlikely to trouble this year's Oscars, the performances are charmingly OTT and punctuated by Kyudo (traditional archery) displays and noisy arquebuse (early firearm) demonstrations. Also featuring are full-scale melees, in which grinning participants set-to each other with great enthusiasm and at one point, breakdancing ninjas abseiling from the castle keep. While the grounds are hardly spacious, they are certainly put to the best use.

It’s a thoroughly enjoyable day out for history fans and families, with a well measured mix of authenticity and silliness in a lighthearted festival atmosphere. Guaranteed enjoyment for children and adults alike. It also seemed to attract a number of cosplay types who mingled with crowds and posed for photographs, so if that’s your thing, maybe you should pop in too. 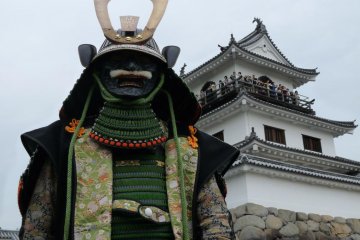 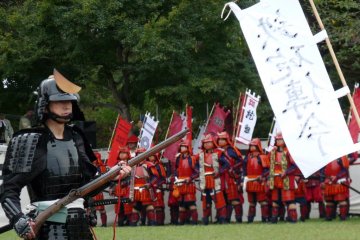 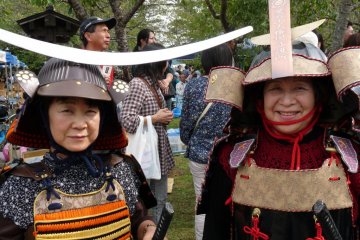