They say that there’s a first time for everything. If you’re a food enthusiast then you know that this is true. If you’re traveling to the Tohoku region, then you should make a necessary stop at Sendai and try out their local specialty, gyutan, which literally means “cow tongue”! If this will be the first time you’re trying gyutan, then you should go to a really good restaurant approved by the locals, like Umami Tasuke, located in Kokubuncho, Sendai’s main entertainment area.

At Umami Tasuke's they take gyutan seriously. According to a message written at the entrance, the restaurant has a secret recipe when grilling gyutan​ that gives it a special taste that no other restaurant can reach. Sticking to tradition, Umami Tasuke serves grilled salted cow tongue with barley rice, ox tail soup, and pickles. A normal meal costs ¥1300 but if you want more meat, then that is available for an additional ¥200.

"I have been been to Umami Tasuke five times already... I like the food here because the price is cheaper than other cow tongue restaurants and also the portions are big. Tasuke is original and genuine and has a home atmosphere."

The restaurant is small and during lunch and dinnertime is usually full which means that you’ll have to wait a bit before the waitress will be able to find you a seat. But it’s totally worth it! As with most Japanese restaurants of this type, Umami Tasuke has a counter that is actually the best place to sit as you get to see what is going on in the kitchen! If possible, ask to be seated there; you'll get to see how your food is being prepared. Soon after you’ve ordered, the chef will grill the gyutan and serve them to you right off the charcoal.

I know that depending on where you come from, you might be familiar with some foods and tastes more than others. In recent years, cow tongue’s popularity among Western audiences has increased but we’re still not very comfortable with the idea. Well, there is nothing to be afraid of as it tastes exactly like grilled meat! The ox tail soup, which might again sound a bit weird, is rich in taste and fat and the meat pieces inside the soup are soft and easy to chew.

Umami Tasuke has excellent service and polite and helpful staff so even if this will be the one and only time that you try Sendai’s specialty, it will surely be unforgettable.

The restaurant is situated in the heart of the city center and only 20 minutes away from JR Sendai Station. 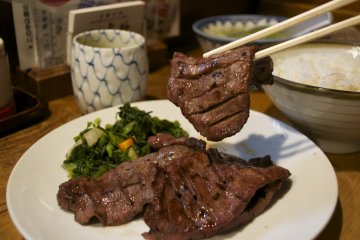 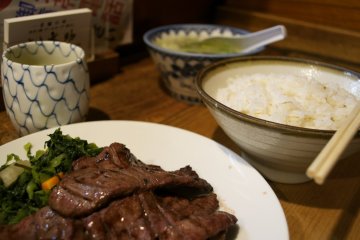 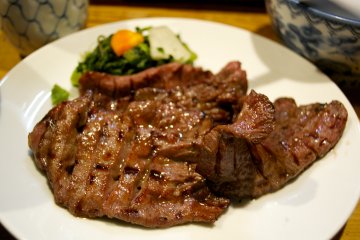 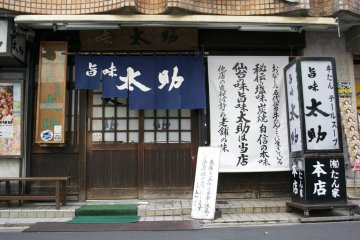 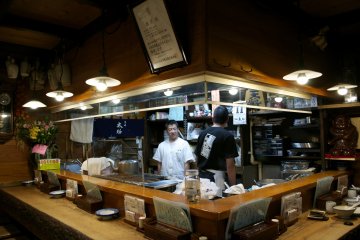 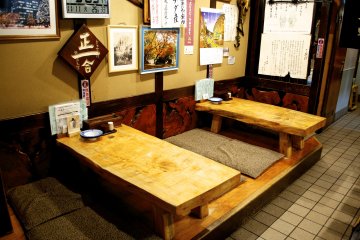 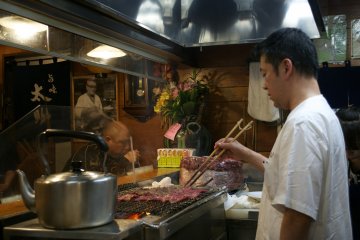 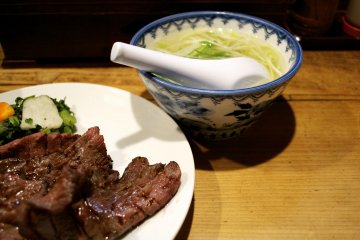 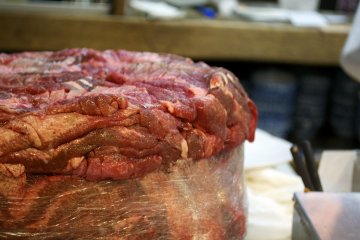 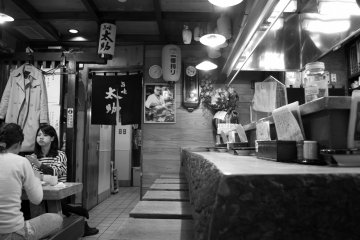 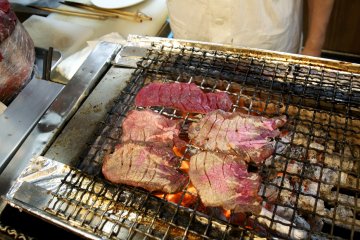 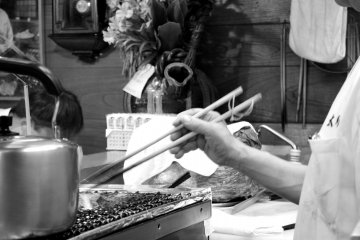