Unlocking the secrets of Cape Hyuga

Hyuga City, to the north of Miyazaki prefecture, is a quiet, rural city blessed by a rugged coastline dominated by two mountainous peninsulas.

Arriving at the main station of Hyuga-shi, visitors can immediately drop into the Hyuga City Tourism Association opposite the station's ticket office and enquire about their Kankou Taxi (Tourism Taxi) service, which invites tourists to explore Hyuga's most famous coastal spots that are otherwise not easy to access.

Courses lasting 1, 2 or 3 hours long allow you to follow a set route that fits both your schedule and budget, with your driver happy to patiently wait for you at each stop while you see the sights and explore at your leisure.

I set off on a course determined to make the most of the clear, blue skies. The winding coastal road around Komenoyama offers a promising glimpse of the kind of views you will soon witness.

Cape Hyuga forms part of the Nippō Kaigan Quasi-National Park alongside the wider coastal region of northern Miyazaki and southern Oita prefectures. Blessed with an abundance of nature and commanding panoramic ocean views, Cape Hyuga sits at the eastern edge of the Hyuga's Hososhima district, itself known for the industrial hub of Hososhima Port.

Umagase represents the very tip of this area, whose clifftop offers uninterrupted panoramic ocean views of the rolling coastline – rugged cliffs blanketed by lush green expanse above an ocean of emerald blue, waves crashing against the rocks. It's a short 10 minute walk from the nearby car park to this secluded observation point, with a separate route taking you to Hososhima Lighthouse, and the final section revealing a huge gorge formed between the towering precipitous cliffs.

The Sea of Cross is a remarkable geological rock formation to the south side of Cape Hyuga. Legend has it your wishes will come true if you visit. The main observation point exists nearby giving you the perfect view and the chance to ring the 'Bell of Cross' too.

Omi Shrine sits further to the south-west and was the last stop on the course. Honouring the sun goddess, Amaterasu Omikami (whose sun symbol is seen on the Japanese flag), the shrine sits on the seashore offering amazing views. Although the original structure dates back to ancient times, the shrine was restored in 1936. One legend has it that the god Niniginomikoto created the shrine at this beautiful spot and prayed for peace, but there are others too. A shimenawa, or rice straw rope, can be seen laid on the rocks towards the sea and are used to ward off evil spirits.

For those wishing to see more of Cape Hyuga, there are certainly more places to see, including Komenoyama Observatory and Isegahama Beach.

The Hyuga-shi district actually extends far to the west and south of the main station. Whilst most visitors will be here to explore the cape, visitors who have time maybe inclined to visit the small picturesque port town of Mimitsu to the south, which is designated a national important preservation district for Groups of Traditional Buildings.

Visit Hyuga during the summer and you may also be lucky enough to witness a local favourite – the Hyottoko Summer Festival where people will dress up in red costumes, wear special hyottoko masks and participate in a large dance parade that should not be missed! It is held on the first Saturday in August.

Hyuga-shi Station can be reached from Miyazaki Station in 45mins by express train (Sonic Nichirin) or 1hr 10mins by local (JR Nippou line). The Tourist Association is just opposite the station exit and will be happy to welcome you. The station itself is beautifully minimally designed with several wooden lattice roof sections – it's hard not to be impressed this far away from central urban Miyazaki.

If you're travelling around the prefecture, be sure to explore the other highlights that Miyazaki has to offer. 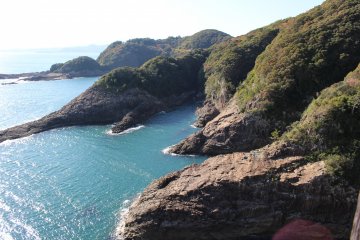 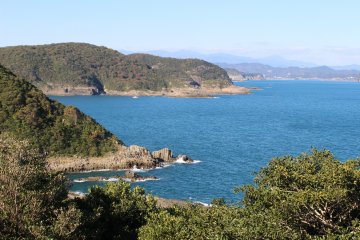 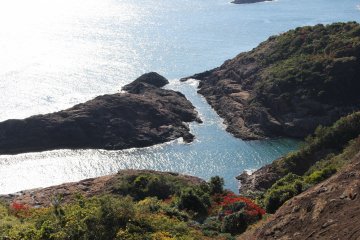 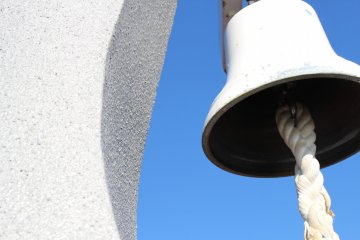 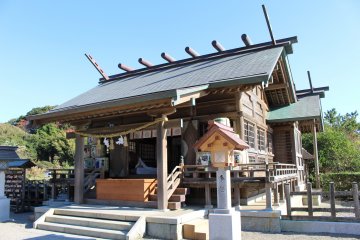 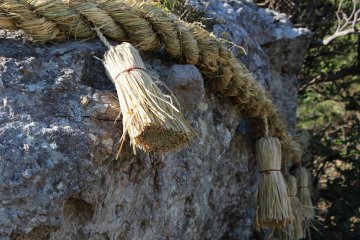 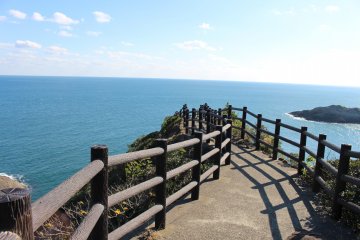 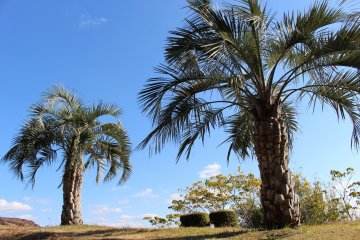 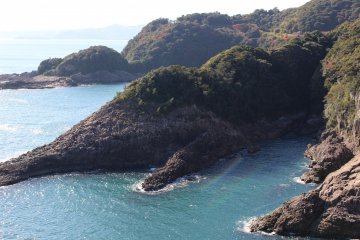 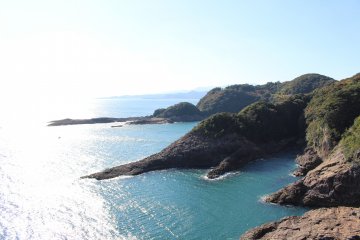 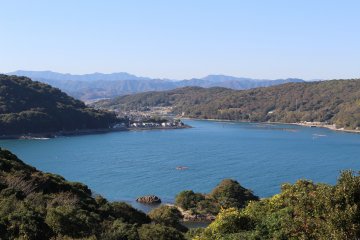 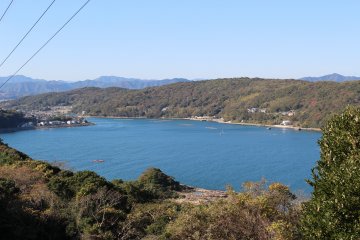 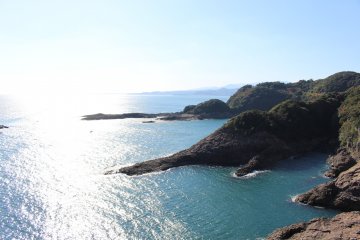 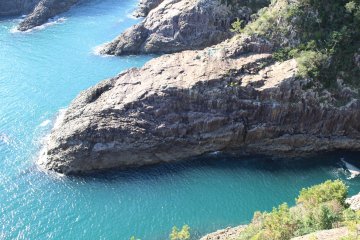 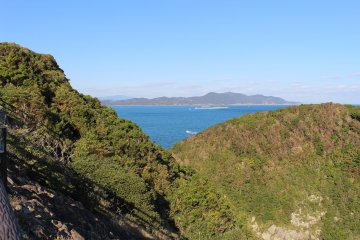 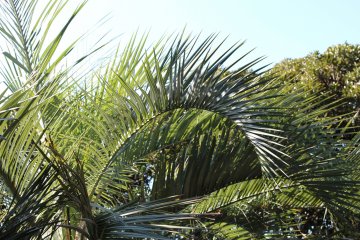 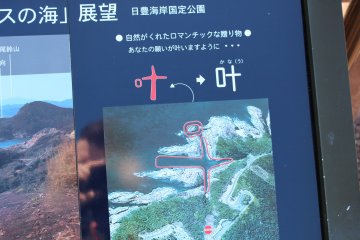 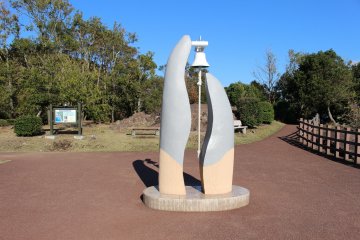 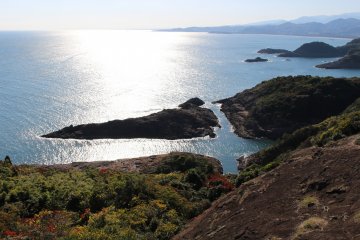 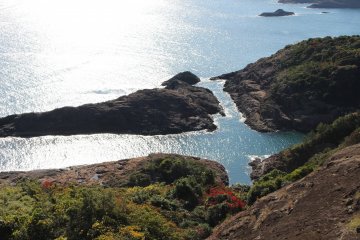 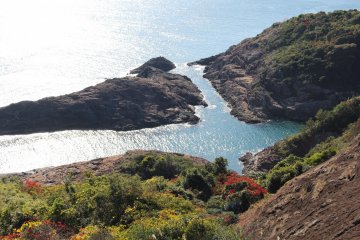 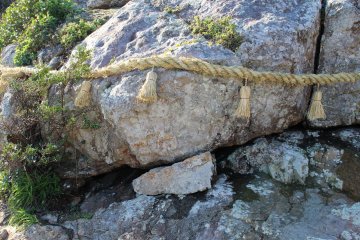 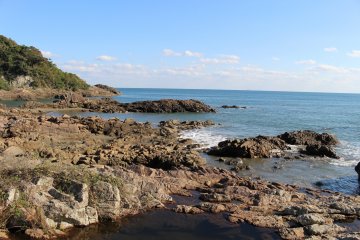 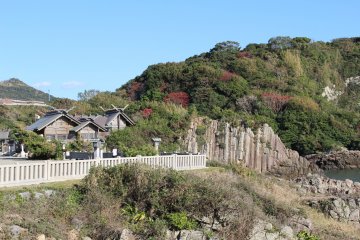 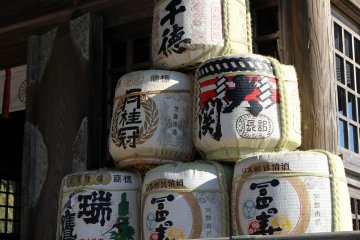 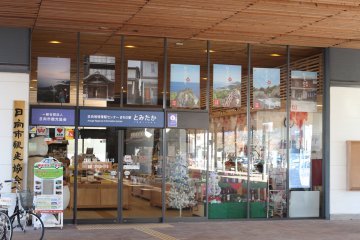 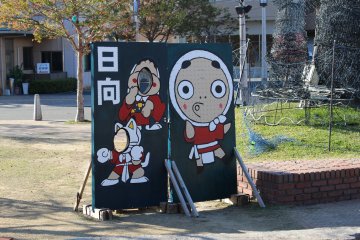 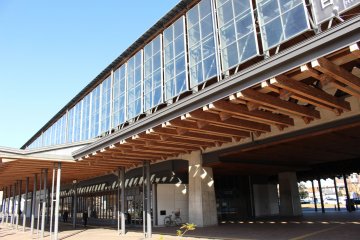 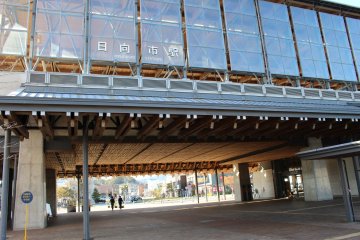