Needing no introduction to most Tokyoites is the resort town of Karuizawa in Nagano Prefecture which has become a popular summer retreat for the endless hoards of people desperate to escape the city heat. With its cooler climate and beautiful scenery, this town is definitely worth visiting especially when considering its key attraction, Mount Asama.

Although treated by most casual holidaymakers as merely part of the scenery, ‘Asama-San’ is ranked within the top 100 famous mountains in Japan and lays claim to being the only one officially closed to visitors because of its volcanic activity.

Like Mount Fuji, Asama-San is a volcano but whilst the former is dormant, Mount Asama is very much alive and smoking.

Understandably, this fact probably deters most ordinary people from coming anywhere near here. However, for the real enthusiasts, the thought of NOT climbing this great mountain would be enough to make them faint.

A large map near the bus stop marks the start of the course. Depending on how close you want to get to the peak (which is literally a smoking crater), it’s about a 6 to 7 hour return hike. To the right of the trailhead is a small Shrine where previous experience has taught me the virtues of making a small prayer before any hike.

The first 20 twenty minutes involves an ascent through sparse forest until the trail splits into an ‘Ura-Course’ (裏コース) and a ‘Naka-Course’ (中コース). I would definitely recommend the former as this is the much more scenic route.

For the next hour and a half you will follow a path taking in some truly spectacular views of deep gorges and ravines literally within touching distance. Despite the temptation to get a closer look, stay back from the edge!

Just before the main point at ‘Tominokashira’ (トーミの頭), you will walk past a very distinctive red hut. Despite looking very uninviting, this is actually an emergency shelter providing refuge from Mount Asama’s burning ashes in the case of an eruption.

Upon reaching ‘Tominokashira’ you will suddenly see something amazing popping up in front of you like a jack in the box, Mount Asama surrounded by lush green fields.

The good news is that from here to the next point of ‘Yu-no-taira’ (湯ノ平口), it’s about an hour’s decent. From here you can see many impressive rock formations and rolling hills which look like “hobbit country” from “Lord of the Rings”. The bad news is however, you will have to ascend this route on your return leg.

Eventually these rich green pastures give way to a barren volcanic landscape where the loose rocky paths make the next hour's climb draining. Surprisingly though, it was along this section where we encountered the largest number of hikers who seemed to suddenly appear from nowhere.

Near the top of the mountain you will see an unmissable black sign, (written in Japanese and English), warning you not to enter the crater. At this point it`s really up to you if you decide to enter or not. The biggest danger is actually from the sulphur fumes which, depending on weather conditions, can cause dizziness and unconsciousness. Should anything happen to you beyond this point you are on your own!

If you do decide to enter the crater it`s about a 20-minute climb to the top then a further 40-minute return walk along the caldron’s edge. The views are out of this world. This is the closest I have been and perhaps will ever want to get to a smoking volcano.

Before starting the return leg of your journey, it is worth making an easy 30-minute detour to the peak of ‘Mae-Kakeyama’ (前掛山), which is actually the official viewpoint for Mount Asama.

With most of our hike accomplished we weren’t expecting any surprises on our return leg. However, one of the great things about hiking is to always expect the unexpected.

Near the finishing point, I was suddenly startled by something rushing past very close by. To my astonishment, it was a bear! Fortunately for me I had my “bear bells” on and it was only a cub. Perhaps it was just as well I visited that little Shrine earlier this morning.

From Tokyo it’s an hour’s bullet-train ride to Karuizawa where you can catch the Shinano Tetsudo Line to Komoro Station; a further 25 minutes away.

From Komoro Station you can catch several buses bound for the trailhead at 'Takamine Kogen Onsen' (高峰温泉), about a 45 minute ride. For detailed bus information and weather conditions, please contact Karuizawa Information Office on 0267-42-249. 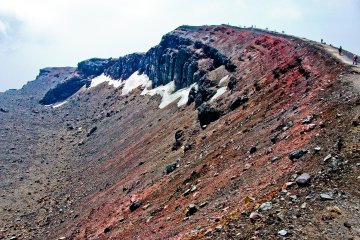 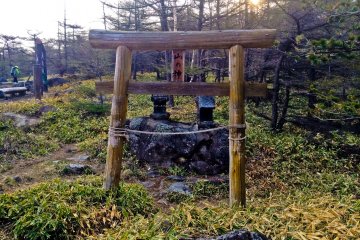 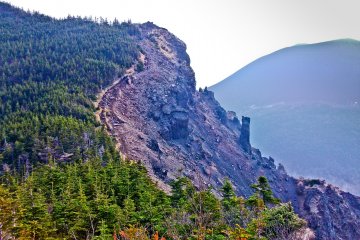 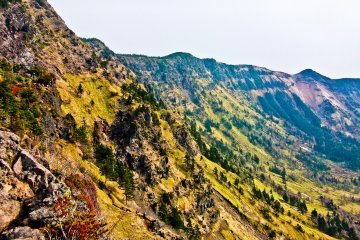 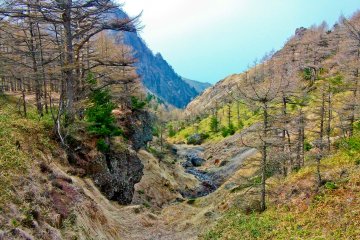 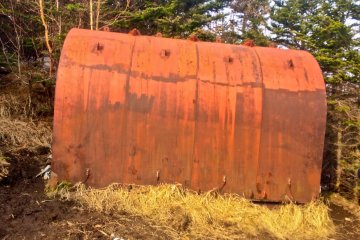 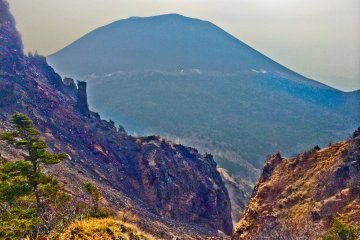 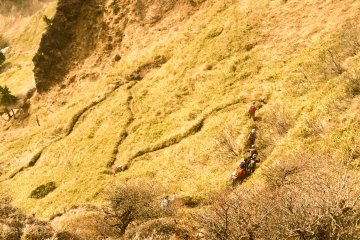 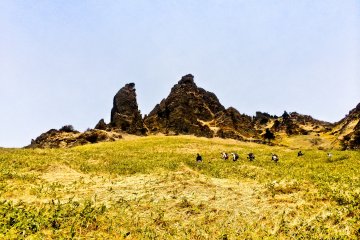 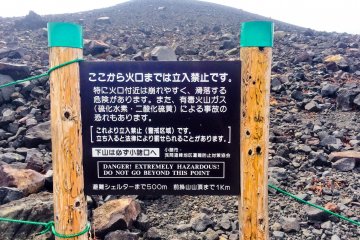 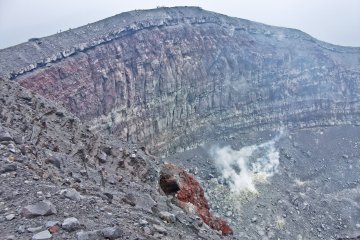 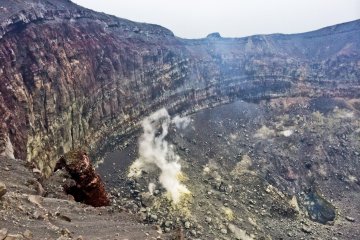 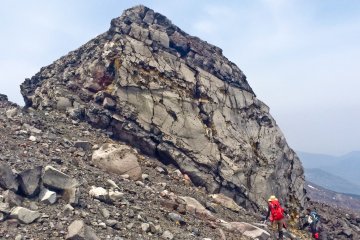 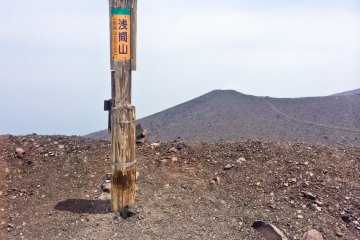 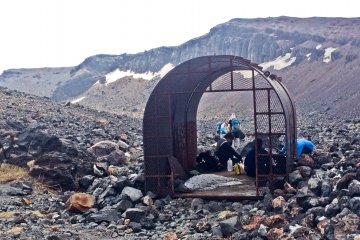