Taking a stroll down the quirky, frog-themed Nawate Dori

If you’re travelling to Matsumoto, Nagano, chances are a visit to Matsumoto Castle is at the top of your list. Along the way you may pass by Nawate Street, where the journey might just be the destination.

Located south of Matsumoto Castle, Nawate Street is a 200-metre long quaint, brick street along the Metoba River that has been around since the 1500s and is littered with frogs of all sizes, albeit inanimate ones.

Three stone frogs will greet you at the west entrance of Nawate Street – two of them in samurai gear and engaging in battle over the third. Ahead, you will see the narrow, frog-filled path with shops flanking the sides. Nawate Street was named for its likeness to a rope, for it is a thin stretch of land between the south moat of Matsumoto Castle and the Metoba River.

As you walk down the street, you will smell freshly baked taiyaki (fish-shaped cake commonly filled with red bean paste) and spy soba noodle shops that will entice you in. But that’s not all the shops offer. Some stores sell figurines and battery-powered cars; others have ceramic ornaments.

Not too long ago, Nawate Street was teeming with activity – businesses thrived and you could not hear yourself amid the noise made by humans, firecrackers, and frogs. While this has gradually subsided, Nawate Street today has a little more bustle than you might expect from a small street, with the young and old mingling in a place that has managed to retain its old charm.

A giant stone torii gate looms over the shops in the middle of Nawate Street, revealing the entrance to Yohashira Shrine, another popular pit-stop before Matsumoto Castle.

While the frog-themed street is unique, there is some history behind the design.

In the past, many Kajika frogs populated the area as they chorused in unison for the locals. But in 1959, Typhoon 7 brought two days of rain in Matsumoto, which caused the Metoba River to overflow as the washed up debris blocked the bridges. Nawate Street and the surrounding streets were flooded as a result.

This made the frogs leave for higher ground and cleaner water upstream. Despite the efforts of the people in cleaning up the river, the frogs did not return. In the frogs’ place, many artificial ones were constructed to bring Nawate Street’s spirit back.

In 1972, the “Kaeru Daimyoujin”, a mini frog shrine, was created to rejuvenate the old street. Nawate Street was then coined “Kaeru Machi” (‘Frog Street’), a place where locals and travellers could bask in the lively atmosphere of the past. 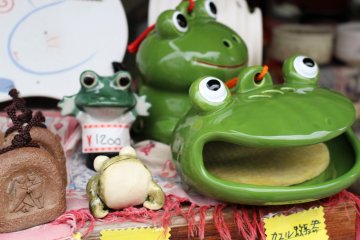 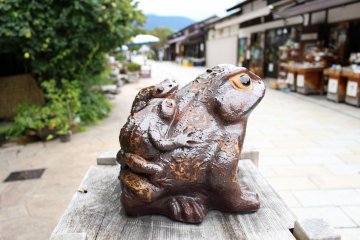 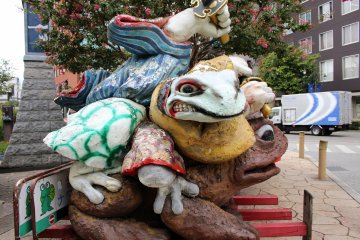 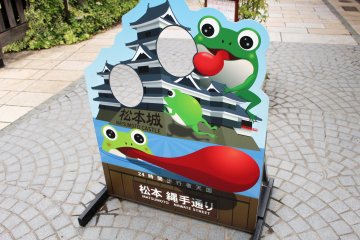 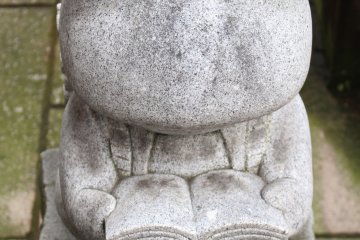 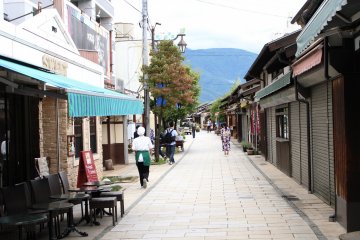 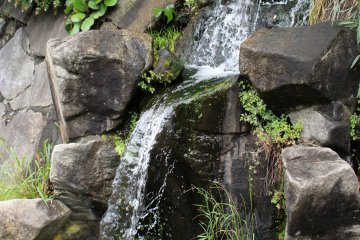 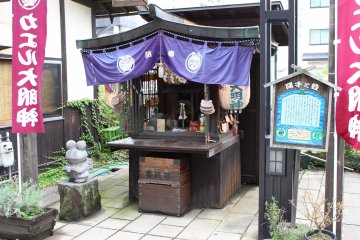 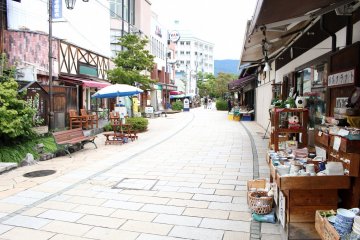 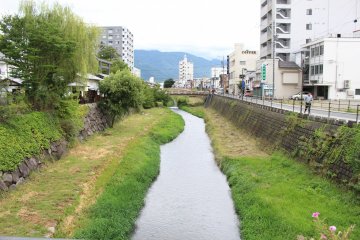