Snow dumped down from the heavens feathering the trees in a sugary coat and shamisen music sang out from the speakers on the lift towers and restaurant buildings. Not exactly what one might picture when they imagine a snowboarding holiday, but it works and it works well. I should know, cause it was my New Year’s Day snowboarding holiday. I rang in 2013 by ripping up the powder at Hakuba Goryu 47 Ski Area.

Being from Colorado I’ve been spoiled by the fluffiest most high quality powder in the world. The powder that rode on New Year’s Day at Goryu 47 (and indeed the powder I’ve ridden there on previous visits), more than lives up to the high standards that I have from my days of Colorado snowboarding. Get up to the slopes early and you will be rewarded with several runs in luscious fluff. Don’t wait though, the crowds at Goryu 47 might be much thinner than elsewhere, but there’s still enough people to prevent the best stuff from lingering.

Goryu 47 is also reasonably sized. I’m used to riding resorts with upward of 20 lifts and 100 or more courses, but Goryu 47 still has plenty of long wide runs for cruising at high speed and carving the turns one has been craving since the end of the previous season, and plenty of green runs and a beginner area for the learning skier or rider. There’re also a couple of super steep super challenging mogul covered gauntlets to challenge the most die hard expert. The terrain park on the 47 side has one of Japan’s best halfpipes and all the jumps, boxes, rails, jibs and kickers that a park rat could want. Have you the guts launch yourself off the biggest kicker? With all the soft powder on the ground I did. A smoother lift off I have not felt in a long time. The park crew at 47 really know how to build a safe and easy feature. Still intimidated? There are park features in sizes and styles to suit everyone. So smart style it. Start small and work your way up.

Hungry? Goryu 47 spoils you for choice. Want something cheap? Hit up the Subway at Escal Plaza in Goryu, same menu and prices as any Subway anywhere. Want pizza? There’s a really good place at the base of 47. Want Chinese food? It’s at the top of 47’s gondola. Ramen? Katsudon? Curry rice? Ride the gondola to Alps 360 at the top of Goryu. Want Burgers? Ice cream? It’s all there! What? Don’t speak Japanese? Don’t worry! The staff of Goryu 47 is international and very friendly, as are the clientele. There will be someone able to point you courteously in the right direction. I can’t imagine a bad time at Goryu 47. So, got some turns in lately? Happy travels! 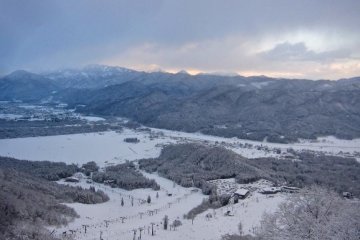 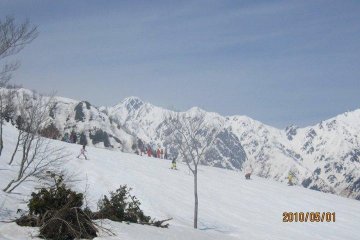 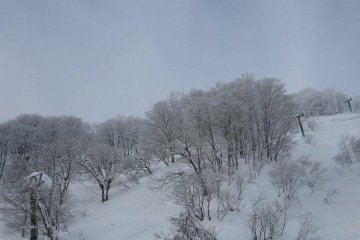 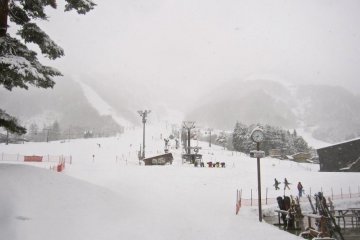 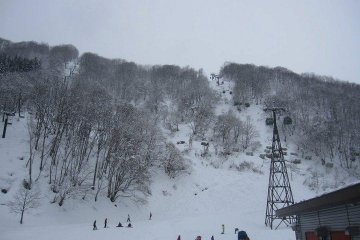 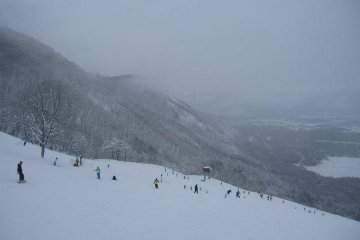 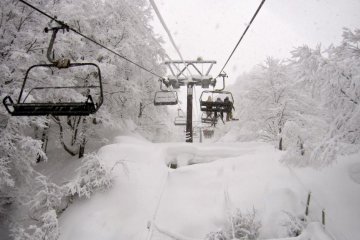 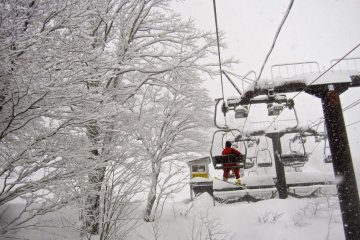 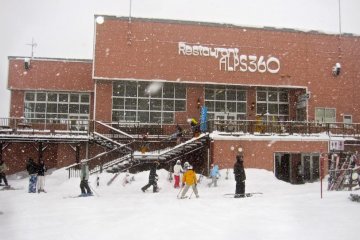 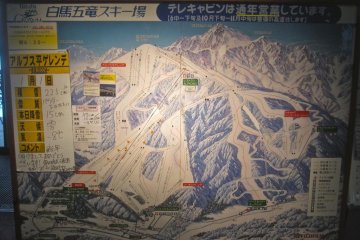