Karuizawa isn’t just known for its modern shopping areas, western influences, and holiday homes: the reason people moved there in the first place was because of the beautiful scenery, away from the crowds and summer heat of Tokyo. In Karuizawa, you can escape city life and explore nature.

Picchio is a company in the Hoshino resort of Kariuzawa, dedicated to introducing people to its incredible wildlife and scenery. As a part of my ten-day stay in the area, I joined Picchio’s nature watch tour through the forest, a 2km trek through picturesque Japanese scenery, stopping to look at some of its most amazing examples of nature. After spending so long in Tokyo, it was quite literally a breath of fresh air.

Our guides led us to our first stop, some bird houses close to the resort. Here, they connected a portable screen to a camera inside the bird houses, where we saw a mother with her chick - and then, we were lucky enough to see the mother come out of the birdhouse herself! She and the father went to find food for the baby, while the chick waited anxiously for them to return.

We were shown a pond nearby where we saw dragonflies, beautiful bright blue ones that danced together over the surface of the water. We also saw some of the paths in the woods created by animals to help them find their way towards the main water sources. Many of them are used by bears, they said - but don’t worry, Picchio has excellent wildlife management, so they won’t hurt you or come near the resort.

In fact, we saw some evidence of the bears’ life within the forest - some of the trees have fruit at the top which the bears like to eat, so there are scratch marks along them from their claws. It’s only scary if you forget that these bears are herbivores!

Also within the forest is ‘acorn pond’, which provides a home for frogs and their offspring. During my visit, in July, there were hundreds of tadpoles, just at the point in their growth where legs were beginning to sprout - but there were also one or two frogs, happily swimming about and not at all frightened by their human guests. This gives you the opportunity to have a real look at them and get interactive, which is great fun for children, and adults, of course!

In between each point of interest, the view is enough to make you want to stop and take pictures. The forest is stunning, with all sorts of amazing wildlife that you just can’t see properly if you don’t stop and take a look. It’s worth visiting more than once, if you really want a deep insight into the area.

The Picchio tourist centre and meeting point lies opposite the Hoshino onsen, and offers various tours for families, children, and anyone who just wants to see the incredible environment. 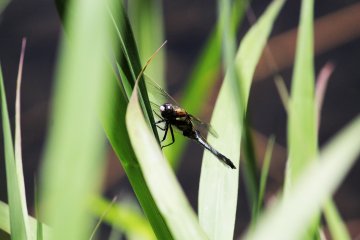 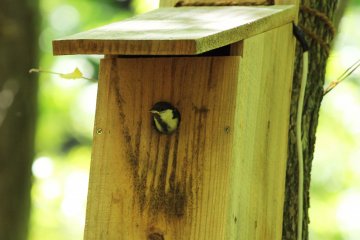 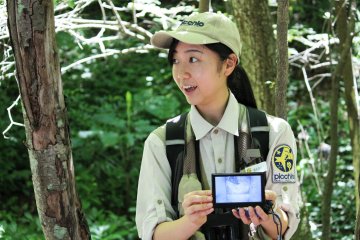 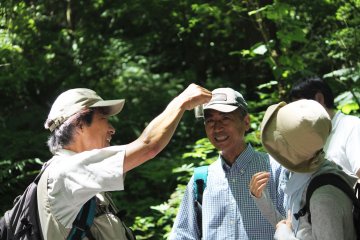 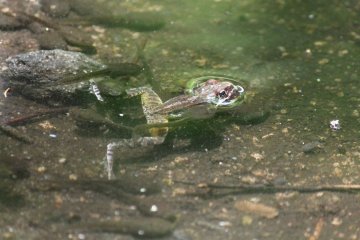 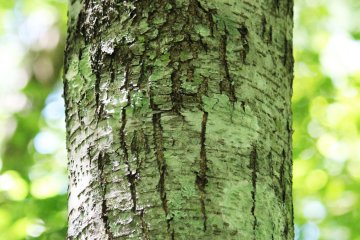 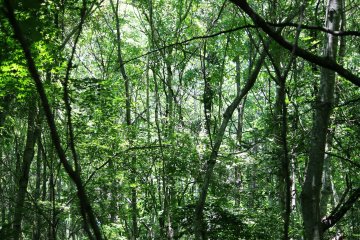 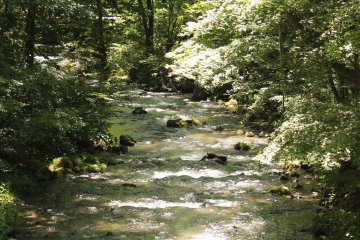