A scenic road trip along Route 292

Ever since moving to Gunma I've wanted to visit the caldera of Mt. Kusatsu-Shirane. Unfortunately, I'm doomed to disappointment as the volcanic activity levels over the last 3 years have been too high to safely allow any visitors. It's still well worth the effort, though, to make the drive up the mountain. The twisty-turny road goes up Kusatsu-Shirane, around the caldera, and then branches off. One route leads to Manza Onsen, and the other leads to Shibu Toge Pass.

Word of warning: Be careful to check the status of the road before you go. The pass is closed in the winter due to snow, and conditions may change due to volcanic activity.

The Highest National Route in Japan

I truly wish that I had made the drive out to Shibu Toge Pass earlier so that I could have seen it in different seasons. Route 292 snakes through the mountains and opens up to beautiful panoramic views of Yoshigadaira Wetland with the town of Kusatsu far below. When I saw it in early spring, it was gorgeous - but I've seen photos of the view in the fall and it's absolutely stunning. The area is also very popular among astro-photographers as there is almost no light pollution in the area.

As you drive along, you'll run into a large marker on the side of the road. This tells you that you've officially reached the highest point on Japan's national highway system. Here you are 2,172m above sea level and while I wasn't aware at the time, you can visit the Shibu Toge Hotel and pay JPY100 to receive a certificate officially saying that you've been to this point.

Just beyond the marker is the Shibu Toge Hotel. It's a pretty simple lodge nestled up to the base of the Mt. Yokote ski area with basic rooms for skiers, a restaurant, and an enormous fireplace for those cold winter nights. What's most notable about it is that the hotel sits directly on the border of Nagano and Gunma. This makes it a popular spot for whimsical photos of visitors standing over the border... Look up and you'll notice that even the architecture celebrates it's border-straddling status; both Gunma and Nagano sides look totally different!

Shibu Toge is a gorgeous area that I would happily recommend visiting in any season. Grab some food to take with you, and pull over at one of the rest areas for a picnic or wait to grab something at the restaurant at the hotel. On the way down, you can stop at either Manza or Kusatsu Onsen and enjoy some of the incredible bath experiences these towns have to offer.

Shibu Toge is only accessible by car. You can access Route 292 from Kusatsu Onsen, then follow the route up past Mt. Kusatsu-Shirane to Shibu Toge. Check volcanic activity warning and road conditions before planning your trip.

Elementary school ALT in Gunma Prefecture. I enjoy collecting goshuin and kokeshi, photography, history, and onsen. Check out my blog at https://linkalearnsthings.com/ for posts about travel, food, and the occasional spot of cultural research. 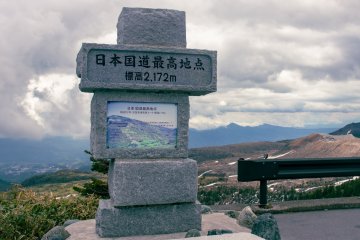 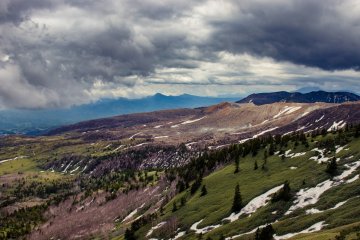 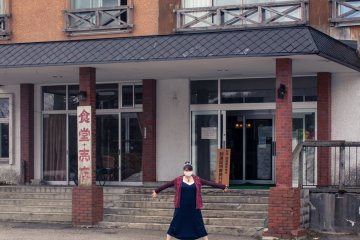 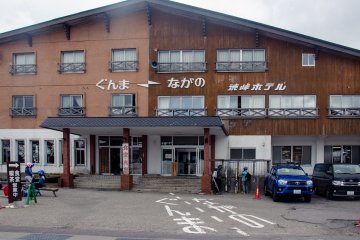