A new first impression for visitors to Nagano City

Over the past couple of decades, the Nagano Station area has undergone significant changes and improvements and in 2015, the biggest change finally was opened to the public: Nagano Station's new west "Zenkoji Entrance."  With this new entrance, the station offers a wide assortment of shops, dining and other services to visitors all within the station.

Originally the west entrance was a second-floor exterior terrace leading out to stairways and escalators going down to ground level.  Nearby was a handful of mostly fast food restaurants, souvenir shops, the Metropolitan Hotel and Midori department store. Since the completion of the renovation and its opening to the public in March of 2015, the new west entrance features the extension of Midori department store across the entire west facade of the station, with several floors of shops, restaurants, and other services.  Now visitors need not go outside to avail themselves of such attractions.  They are all indoors, including access to the Metropolitan Hotel, via a corridor on the south end of the new structure. A police station and rental car office are also on the west side, by the taxi stand.

The new floors include boutiques, souvenir shops, coffee shops, an ice cream parlor, gourmet food markets, a day spa and even a cooking school.  There is also an entire level of restaurants, offering several different cuisines. In the center of it all is a gallery where local artists can display their works.

The east entrance has also been improved, with the addition of a convenience store next to the shinkansen entrance, and some minor cosmetic changes to the corridor there.  The rest of the station mostly remains the same as it was since the last rebuilding for the 1998 Olympics.

This most recent renovation was done to mark the completion of the new Hokuriku shinkansen line.  Since Nagano is no longer the terminus of the shinkansen in the area, station's new facilities will give visitors to Nagano City a better first impression as they arrive, or a more convenient waypoint as they travel on to other destinations in the area. 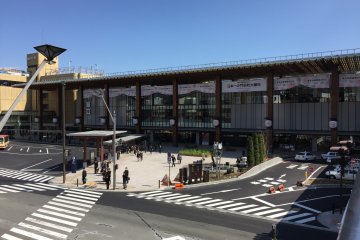 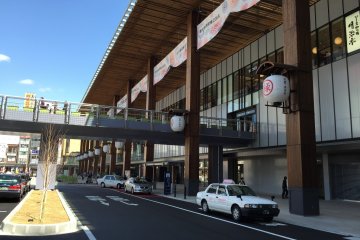 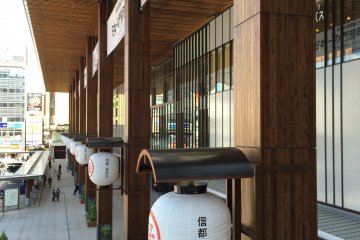 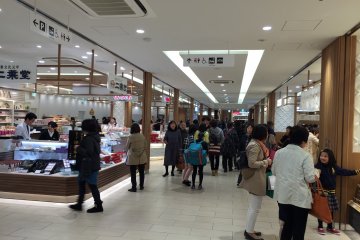 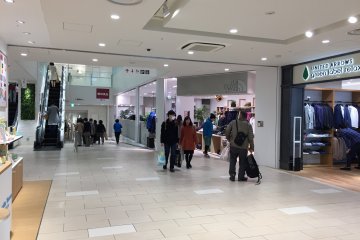 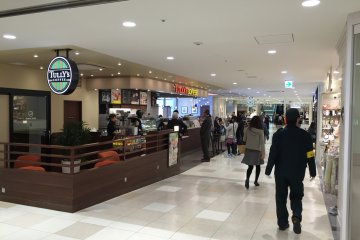 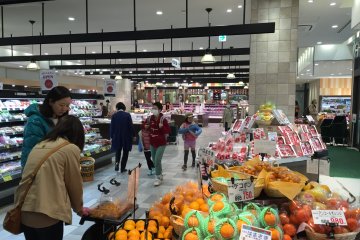 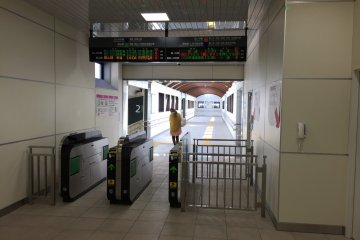 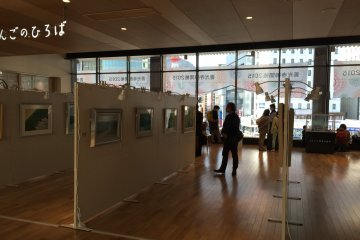 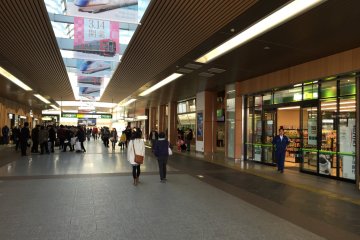 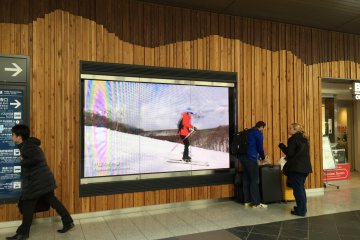 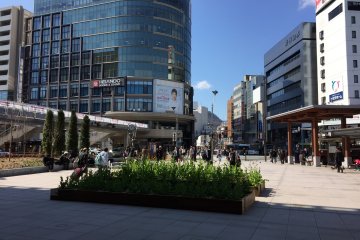