A little bit of the Netherlands in Japan

One of the largest theme parks in Japan is located in southern Kyushu near Nagasaki. In 1609 the Dutch began trading with Japan not far from where Huis Ten Bosch is located.

Huis Ten Bosch means 'house in the woods' and was named after one the Dutch Royal Family’s residences.

Upon entering the park you are transported to Old Holland not only in the life-like Dutch style buildings, but also the canals, windmills and, of course, tulips.

What makes this park really unique is that all of those beautiful houses along the canals are actual residential homes. Currently, there are none for sale, but what an experience it must be for the people who live there.

Another stand out is the world’s largest illumination display with over 13 million lights, and if you can not make it during the light season, then how about the huge international fireworks/pyrotechnic competition and show during the summer.

The park has many museums. We visited the Gold, Porcelain, Art, Dutch Theme, Trick Art, Kingdom of Robots, and Chocolate Museums. There were all types of amusement rides, beautiful gardens, Gondola rides, and much more.

There is even a Castle of Health Clinic, where you can use different equipment for a quick check-up.

Just beyond the entrance area is a dock where you can take a boat ride along the canals to get a quick feel for the place.

Make sure you arrive hungry because there are all types of foods, from European style to the Nagasaki local Champon. At Harbor Town we experienced seafood chowder in a bread bowl.

At around 6PM the park was transformed into a light and sound show like no other. Many areas provided story like projection mapping and even the canals were turned into colorful photogenic reflections.

A quick trip up the Tower City elevator to the observation platform provides a spectacular view of all the activities taking place down below.

We spotted a parade and quickly arrived at street level to catch the colorful ending.

For a day that will excite all five of your senses Huis Ten Bosch is the place to see. It is open year round from 9AM to 10PM.

There are cycle rentals and a 100-yen taxi that runs throughout the park.

Huis Ten Bosch is a must see during your trip to Kyushu.

From Nagasaki Airport there are regular Trains, Buses, and Express Cruise 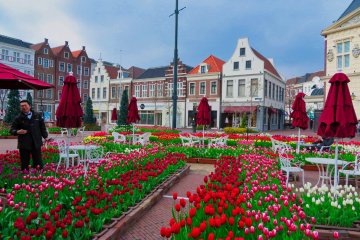 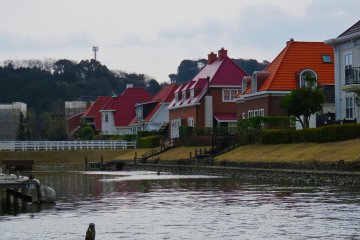 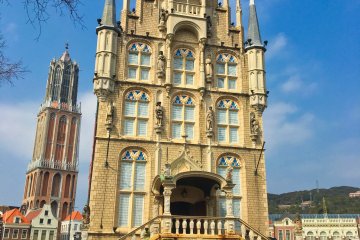 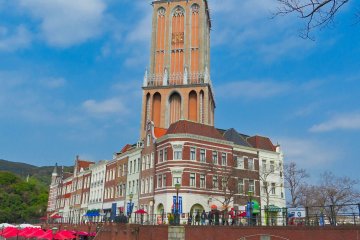 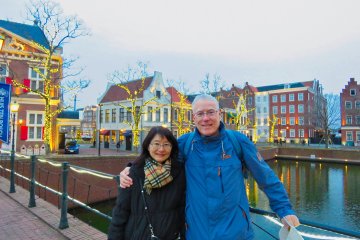 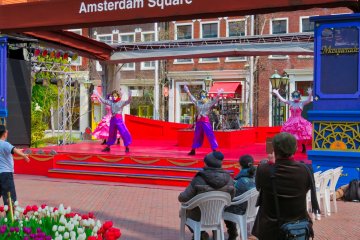 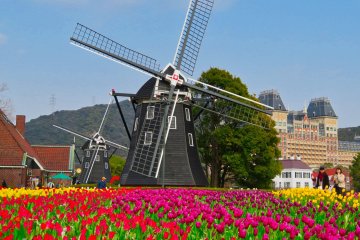 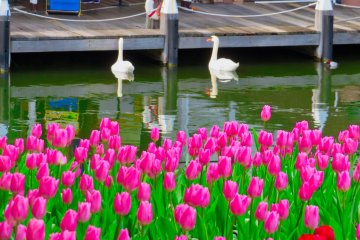 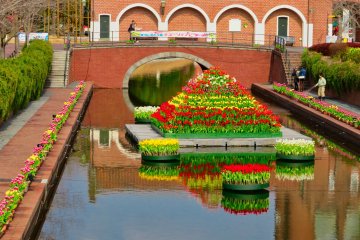 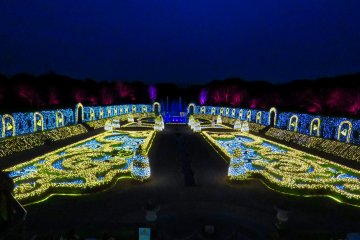 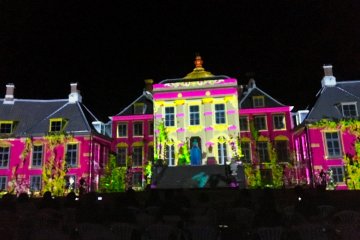 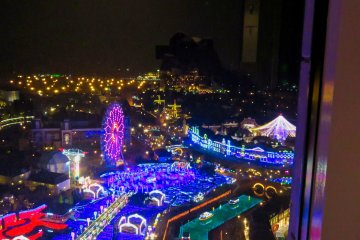 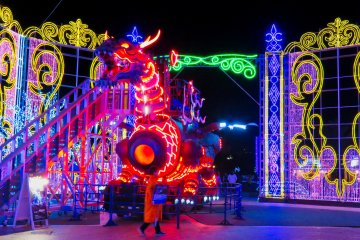 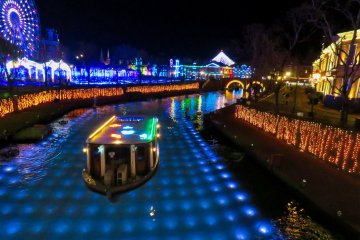 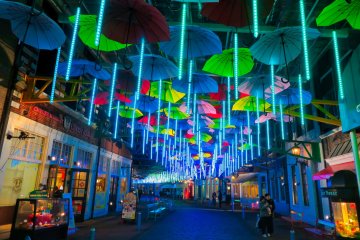 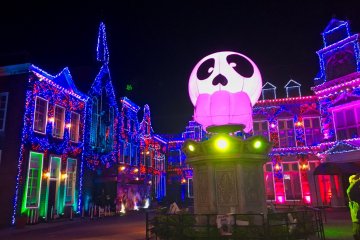 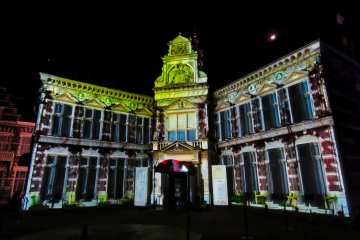 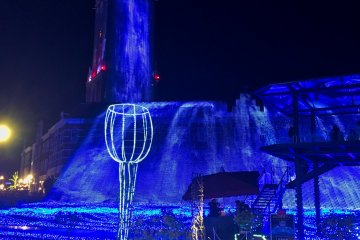 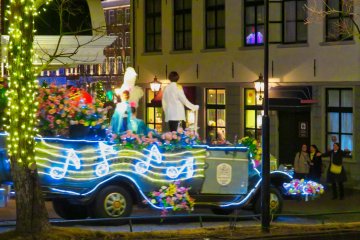 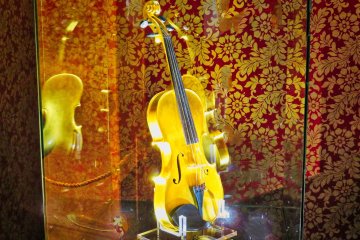 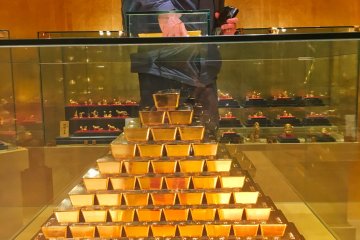 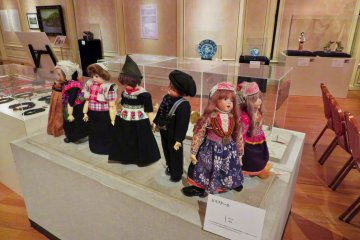 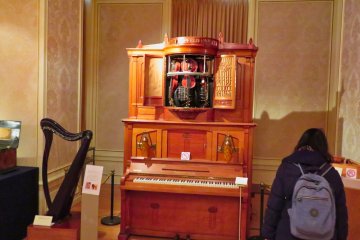 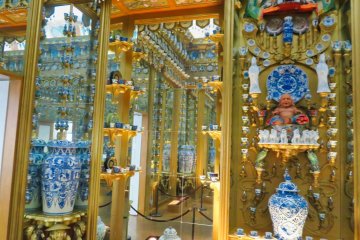