Seat of Buddhism during the Asuka period

Gangoji temple enjoys a long and varied history dating back as far as 588 AD when the Emperor of the time, Emperor Sushun, authorised the building of a temple in Asuka, Takaichi county that was originally named Hokoji. It was later called Asuka temple because of its location in what is now southern Nara.

Japan at that time had close ties with Korea, and the king of Paekche in Korea was instrumental in its construction by dispatching workers and tradesmen to work on the temple. Specialists known as tile doctors were assigned to work on the roof, and it was the first known use of such artisans in Japan. These tiles were later removed and transported to their present location.

Asuka temple was the seat of Buddhism during the Asuka period in Japan's early history, and two of the six schools of Buddhism were established here. What became known as Asuka culture was diffused throughout Japan. Gangoji was instrumental during the first half of the Heian period, where it played a leading role among the seven great national temples and made important contributions to Buddhism. It also initiated several Buddhist festivals, such as Unbon-e (now known in Japan as O-bon), which was a festival memorialising the dead, and Kanbutsu-e (or Flower festival) celebrating the birth of Buddha among others.

in 710 AD when the Japanese capital was moved from Asuka to Nara the temple was subsequently renamed Gangoji and was commonly referred to as the Asuka of Nara. The present day size of Ganjoji is but a small fraction of the original temple complex but many important treasures remain. These include the higashi-daito-ato (remains of the eastern five-storied tower), nishi shotoin ato (remains of the western small pagoda hall) and Gangoji Gokuraku-bo keidai (remains of the southeast meditation and lecture hall).

The wide Gango-ji complex gradually changed to a town with ordinary people. The only buildings remaining in the 19th century were the Monk's Dormitory, the Kannon-do Hall and the Five-Storied Pagoda, which were all destroyed by fire in 1859.

The Monk's Dormitory was remodeled in the 13th century to enshrine Priest Chiko's Mandala (which was designated an important cultural property) that comprises the Main Hall of the present Gango-ji Temple and the Zen Meditation Hall.

Chiko was a famous abbot of the Gangoji temple during the Nara period, and was known as a scholar of the Sanron school and the first to specialise in the Jodo school of Buddhism. Mandala is a graphic representation of the Buddhist divinities and is used by worshipers during Buddhist meditation. A picture of it is now enshrined in the Gokuraku-bo where Chiko used to reside. During the Heian period the government, which supported the temples, decreased in power and influence, coinciding with the decrease in income of the Sho-ens and the increase in influence of temples (such as the Tendai sect and the Shingon sect of Buddhism) closely patronised by the aristocracy of the time. Over time the support from the aristocracy was replaced by that of the public and was a place of worship for those believing in Jizo, Prince Shotoku, Shingon sect and the Jodo denomination.

The temple complex now is located a few minutes walk south-east of Kintetsu Nara station. The temple is much smaller than it used to be in its heyday but it is still quite impressive to look at, based on its long history and its connection with the early founding of Buddhism in Japan. The main prayer hall is the Gokurakudo, which was the home of Chiko, and the Zenshitsu or the Meditation hall. In the main hall you can still see some of the important cultural relics such as the images of Buddha.

Please make sure to take off your shoes before you enter the hall, and note that photography inside the hall is permitted, unlike many Buddhist temples. 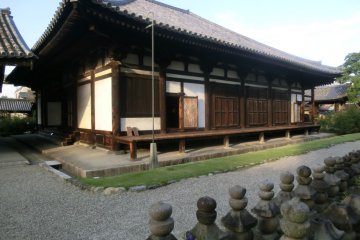 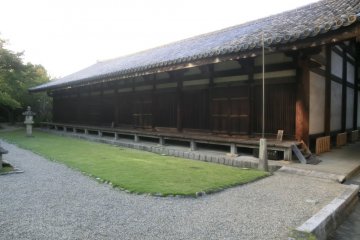 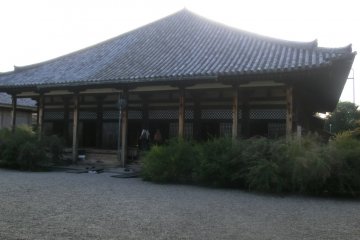 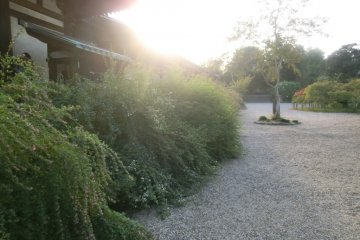 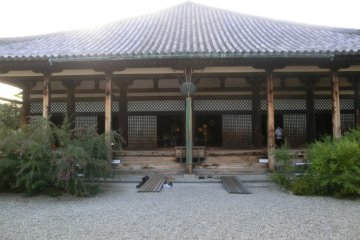 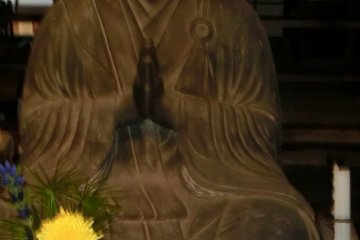 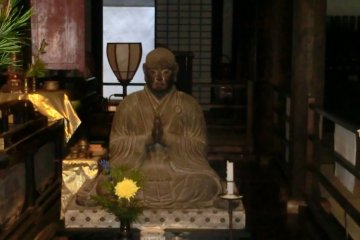 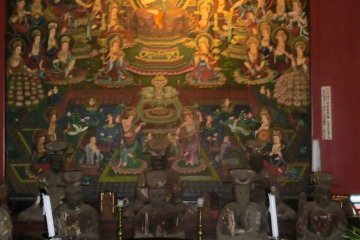 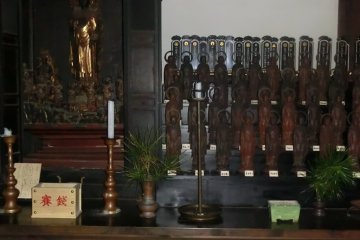 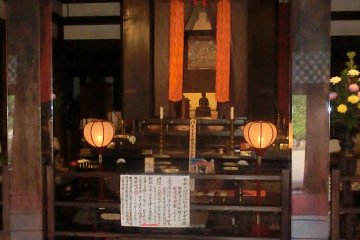