It's amazing that the guys on top of Ota's danjiri didn't fall off amid the tilting, spinning and running antics of their team's dance routine. Even with the ropes they had to hold onto it must have been a challenge (Photo: Bryan Baier)

It's amazing that the guys on top of Ota's danjiri didn't fall off amid the tilting, spinning and running antics of their team's dance routine. Even with the ropes they had to hold onto it must have been a challenge (Photo: Bryan Baier)
Bryan Baier   Oct 28, 2015 - 4 min read

“Mother, father, brother and sister big and little, these are roles, ranks and titles, and just for today, throw those away! Throw them away!

With all the feeling of your free and open heart, sing this song! Sing our song! Everybody!

The lyrics from the feat. Lil’ Jon song rang out unexpectedly from the tradition festival song accompanied by taiko drums pounding along in perfect unison.

In September and October Japan pounds with taiko drums as autumn harvest festivals take place up and down the country. One of the largest and most well-known autumn festivals is the Danjiri Matsuri. A danjiri is a large portable shrine designed to be paraded through the streets of a town or city at festival times. Danjiri are usually made of wood and are intricately carved with images of dragons, shisa lions and other Shinto figures of power, luck, and prosperity. They are also decorated with lanterns, flags, cloth hangings and the kanji characters of the village they represent. All the fanfare is necessary because it is believed that the essence or spirit of the deities of the local shrines will take up residence in the danjiri over the course of the festival bringing the blessings of the gods upon the people of the town. The danjiri are pulled and pushed through their respective towns and cities by large teams of people from their home district. Team members wear matching happi kimono tops and write and choreograph their own songs and dance routines that they perform for festival goers.

Katsuragi City in Nara Prefecture has 5 danjiri, one for each of the 5 villages (Katsune, Nagao, Ota, Taima and Takenouchi) that make up the city. One of them was purchased from a district in Kishiwada City in Osaka, the town credited with creating and proliferating the festival, and the host of the largest and most well-known Danjiri Matsuri, and pulled to from there through the mountains to Katsuragi City as part of their Danjiri Festival years ago. A city willing to go to such lengths for their danjiri festival should also be willing to go to great lengths for their dances and songs and the 5 districts of Katsuragi certainly were. The ladies of one team formed two lines on either side of their danjiri and danced the Can-can; another team pulled, pushed and rocked their danjiri around the festival grounds with such vigor that it was a wonder the people on the dajiri’s roof didn’t fall off; the climax of another team’s routine was marked by its members setting off streamer filled crackers; and the team from Katsune wrote Lil’ Jon lyrics into their festival song.

“How is an American pop-culture hip hop song in conformity with the culture of a Japanese festival?” I asked the Katsune team leader.

“During most of the year, people go to work and school and function in the roles and ranks their positions require. It’s a lot of work and it’s stressful. A festival is a time to celebrate so we forget about all those rules and ranks and everybody becomes equal. It’s friendly and allows us do things that make us happy. A pop culture song helps us to do that.”

In Japan’s polite and proper to a fault society the sense of humor Katsuragi City’s Danjiri Matsuri demonstrated was refreshing and very funny. It breathed into me a new appreciation for Japanese festivals.

Katsuragi City’s Danjiri Matsuri takes place over the 3-day Health and Sports Day weekend (the weekend of the second Monday in October). Performances by the Danjiri teams are held at the Taima Branch of the City Office from 2 in the afternoon each day. Iwaki Station on the Kintetsu Minami-Osaka line is the nearest station to the festival grounds. It’s just 700 meters to the east on National Highway 166. 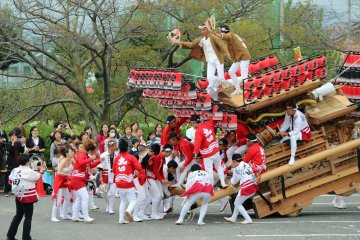 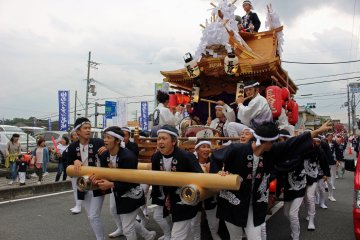 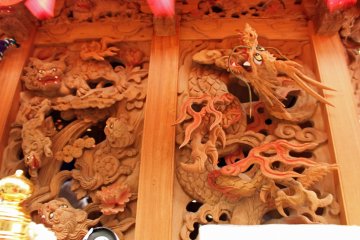 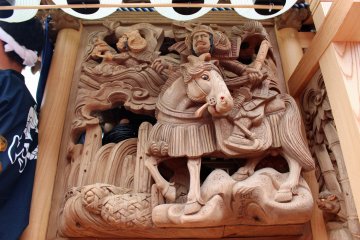 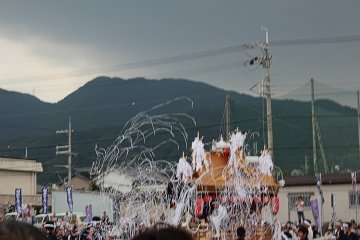 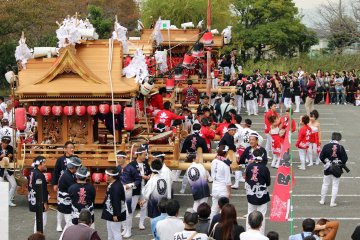 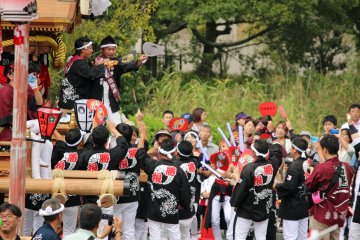 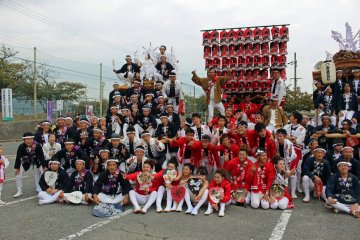 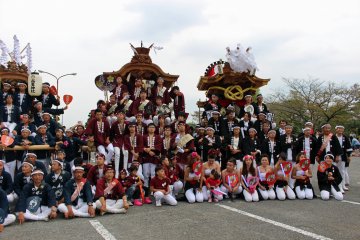 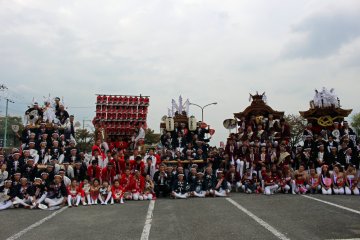