A monk disappeared down the corridor to the back of the Zao-do Hall, his billowing robes reflected a dim ray of light admitted by a window and sped his disappearance into the darkness. Silence fell over those gathered in the prayer hall and over the monks assembled around the altar. The bell at the back of the hall rang out sharp and clear shattering the silence. The out of sight monk struck it two more times and before the reverberations of the final strike had faded into silence, the monks around the altar began to chant. Thus began the “Asaza” morning service at Kinpusenji Temple.

Kinpusenji, The Temple of Golden Peaks, was founded in the mid-7th century (the exact dates are unclear) by En no Gyoja, the founder of the Shugendo Mountain Ascetic Sect of Buddhism. Practitioners of Shugendo believe that, in order to achieve enlightenment they must be able to tap into the power of nature that is, in the words of the head monk at Kinpusenji, “Right before one’s eyes and yet invisible.” In order to tap into that power, practitioners of Shugendo (known as Shugenja) train both their minds and their bodies by taking long hikes through the mountains (some going on long pilgrimages to other Shugendo Temples on the long Kumano Kodo Pilgrimage Road) and enduring and overcoming the hardships involved with such activity. Kinpusenji became the base of all Shugendo activities in Japan and remains its headquarters to this day.

Kinpusenji’s largest and main structure, the Zao-do Hall, is the defining feature of the Town of Yoshinoyama (after the sakura). The massive 34 meter tall structure, the second largest wooden structure in Japan after Todaiji’s Great Buddha Hall, was built in 1592 and is held up by 68 giant pillars as large as 1.2m in diameter. The cedar trees used to make those pillars were locally harvested. Kinpusenji’s, and Shugendo’s principal idol of worship is the fierce looking, blue skinned, wild boar tusked and wolf skin clothed Zao Gongen, the master and protector of Mt. Yoshino and all its inhabitants and animals. There are three statues of Zao Gongen at Kinpusenji and they embody the worlds of the past, present and future. Each statue is over 1300 years old and up to 7 meters in height. Because of their great age and sacred (and fierce) nature, they are only on display twice a year, once during the sakura season in the spring, and again in the fall. My stay in Yoshino did not coincide with a chance to see the statues of Zao Gongen, but pictures I’ve found in a couple of brochures are impressive enough to make me want to come back for a look. Smaller statues of Zao Gongen and his support deities elsewhere in the Zao-do Hall are fierce enough looking that I was imagining them charging down the dark halls of the temple to strike down evil spirits with the dual tridents they hold in their right hands.

I’ve always been a sceptic of all religions and many of their practices, but there is something about the mountaineering practices of Shugendo and the power of Zao Gongen that captures my interest. I’m looking forward to my return visit to Kinpusenji. Want to master the power of nature before your eyes but out of site? Happy travels! 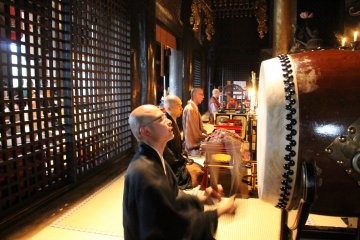 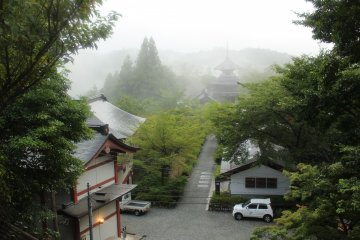 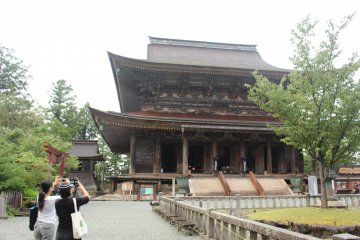 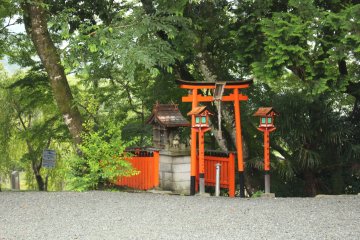 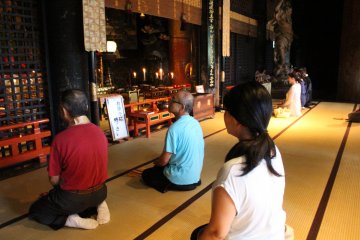 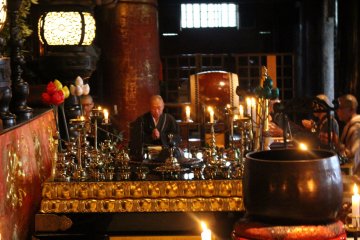 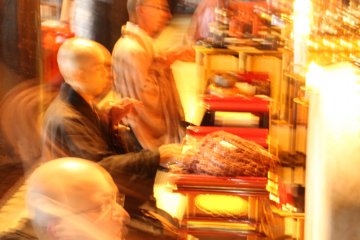 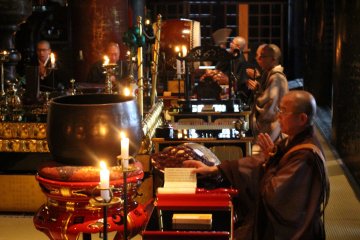 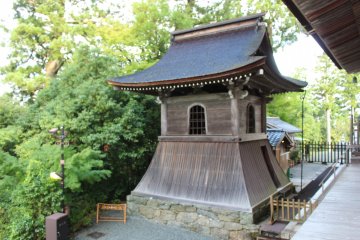 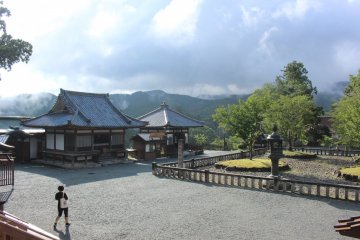 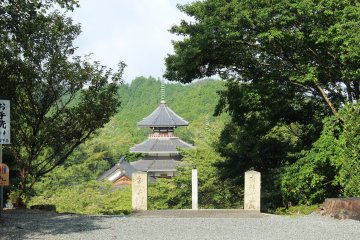