A small shrine with a maze of stories

A line of gray stone lanterns just visible through a hole in the foliage and the weathered stone torii gate of a shrine made me bring my bike to a screeching halt. My riding companions came to an abrupt stop as well. Google Maps had no entry for this shrine and it wasn’t on any of the paper maps we had of the local area. The double line of stone lanterns lining the long “omotesando” (way of worship) drew me and my companions away from the road, past the municipal Gate Ball Court and through the torii gate (its plaque read “Mii Jinja) to the shrine grounds beyond.

The main shrine grounds were not large. The small wooden main prayer hall, open to the elements on all sides, stood before the one main shrine hall and the stone wall that enclosed it. Another, much smaller mini-shrine stood framed between two enormous cedar trees. Apart from that there were only a few stone lanters and a defunct-looking shrine office and omamori charm store window. Mii Shrine’s grounds’ location sandwiched between a mountain, its forest, the trees and lanterns of the omotesando, and the rice paddies and wooden houses of the local village was very atmospheric. The overcast sky and light rain contributed greatly to this firing the curiosity of my companions and myself. Try as we did to locate any signs with information about the shrine we found nothing.

The information sign-less and not-on-any-map (that we had) Mii Shrine got more interesting when I got back to a computer to research the shrine further. A private blog revealed that establishment and construction of the main shrine was in 1575 with some other structure being built in 1668 but I could glean no further information about the fate of the original structures or the age of the present structures. The deity for whom the shrine appears to be named after, Mii no Kami, has a most interesting story. Supposedly, he was the son of Okuninushi and Princess Yagami. Okuninushi is the Shinto god of country building, farming, business and medicine, and the principal Deity of worship at Izumo Shrine in Shimane, and Princess Yagami was a beautiful princess of legend. After marrying, though, Okuninushi had to survive multiple attempts on his life by suitors jealous of his success in winning Princess Yagami. When traveling to the underworld to seek the council of the storm god Susano, Okuninushi and Susano’s daughter Suseri-hime fell in love and eloped. To avoid Susano and Suseri-hime discovering his first marriage and incurring their wrath, and Okuninushi hid his first born son Mii in the fork of a tree’s branches and then returned home with his new wife. Not much more is known about Mii no kami but he is regarded as a god of trees, water and safe childbirth.

The blog also revealed that Amaterasu Okami (the Japanese Sun Goddess and principal deity of Ise Jingu Grand Shrine), Mikumari no Kami (a water and rain goddess), and a third god, Amenokoyanenomikoto, (who has a minor appearance in the Kojiki Records) also have altars at Mii Shrine. So many stories to solve and great beauty to enjoy all because I stopped my bike! Happy travels! 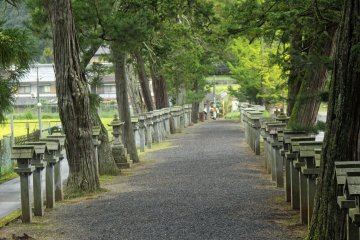 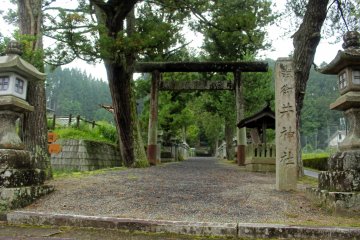 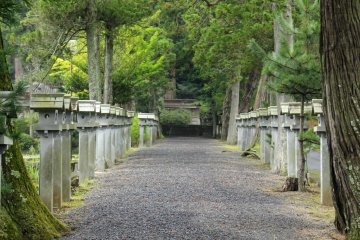 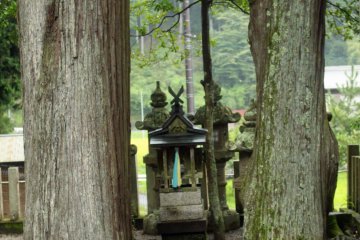 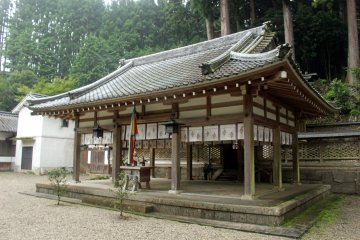 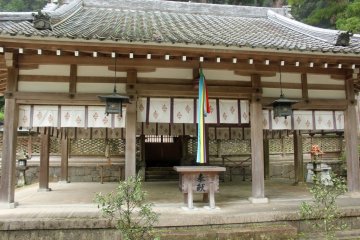 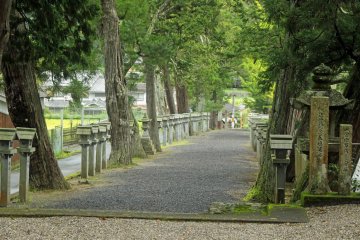 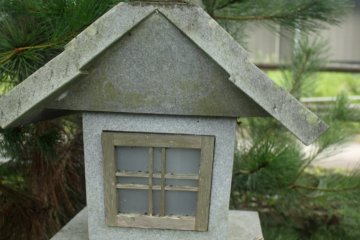 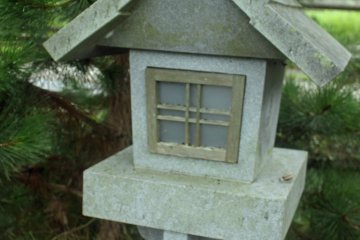 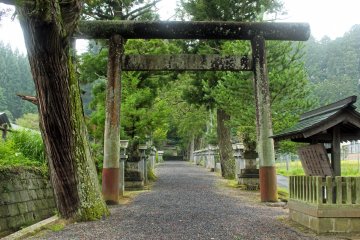