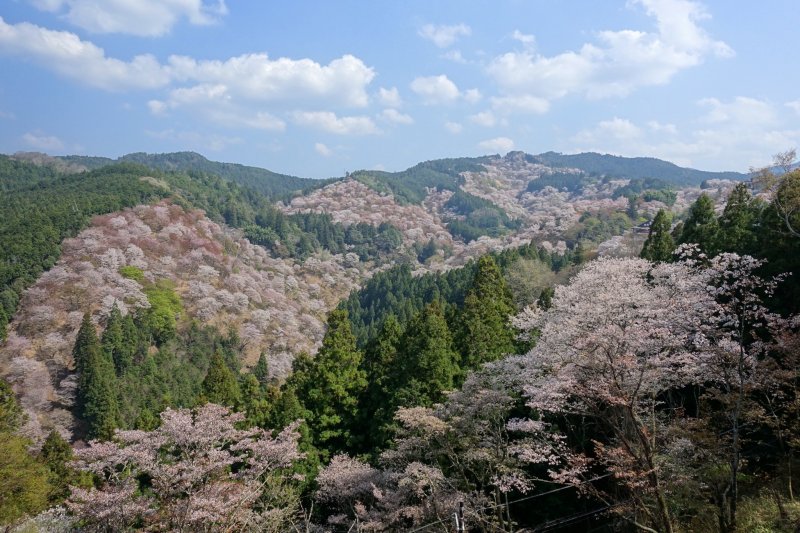 Japan has an absolute plethora of picturesque cherry blossom spots, and it's almost impossible to pick one that could be deemed as the country's best. In saying that, one that is constantly at or near the top of popular lists is Nara's Mount Yoshino, which is home to a whopping 30,000 sakura trees at different elevations. The trees are so densely packed in places that the mountain gets referred to as a spot where you can enjoy a thousand cherry trees in one glance - pretty impressive!

From the late March to late April timeframe, a sakura festival and illumination event is held at the mountain. Like any flower event, the exact dates can differ from year-to-year based on blooming conditions, but updates on the status of the trees will be posted on the official website.

The closest station to the mountain is Yoshino Station, served by the Kintetsu Railway's Yoshino Line.