Wish upon a lantern

Candle lit lanterns stretched away in many rows from the walking path. The lanterns only illuminated clearly the space immediately surrounding them but they were the only source of light in Nara Park’s Ukigumo Enchi. People moved carefully from lantern field to lantern field taking pictures and deer occasionally bounded through the crowd and between the rows of lanterns to escape into the darkness of the park.

August, Obon and the Season of Fire

August is the season of fire in Nara in more ways than just the summer heat. Several ceremonies of great importance to the nearby temples and shrines, such as the Manto Kuyoé at Todaiji Temple in which 2500 paper lanterns are illuminated as an offering to the Great Buddha, occur in August. The Obon Holiday period, a celebration honoring one’s ancestors and inviting their souls back into the homes of their friends and relatives, also occurs in August. Lanterns are believed to guide the souls of the deceased back to their families. The wishes and prayers of the living are conveyed to the gods and the spirit world by writing them on the lanterns, giving them the greatest chance of being fulfilled. In order to share that tradition of fire and the 1300 years of Nara history with a wider audience, Nara created the Tokae, a 10-day long lantern festival, in 1999.

One Person One Light

Participation is a part of the Tokae and it’s facilitated via Ikyaku Ittou, one person one light. All guests are invited to light their own lantern, place it on the festival grounds and cast a wish upon that lantern. The word, toka in Tokae means “light flower” (to – light or candle, ka – flower) because the shape of the hollow around the burning wick and a candle’s melted remains are said to resemble a flower. The more that hollow and candle’s remains resemble a flower the luckier the lantern is and the more likely the lighter’s wish is to be granted. A donation of ￥500 is required to participate in Ikkyaku Itto (the money is used to buy candles for the following year’s Tokae). The word é means a meeting or a gathering. The Tokae, a gathering of fire flowers, could be seen as of the same spirit as the gatherings of families and friends at Obon to celebrate and appreciate the holiday and their history.

The Nara Tokae takes place from the 5th to the 14th of August in Nara Park. The main venues for the event are in the Ukigumo Enchi next to Todaiji Temple (the main ground and the location of the Ikkyaku Itto tent), the Asajigawara Kaijo south of the Nara National Museum (bamboo sculptures here are decorated and illuminated by lanterns), and the Ukimido on the Sagi-ike Pond south of the Asajigawara Kaijo (a lantern lit floating pavilion with boat rides in the pond). Kofukuji Temple, Todaiji Temple, the Sarusawa Pond, the Nara National Museum and the Nara Prefectural Office are also lit up or have their own lantern displays and events coinciding with the Tokae. One of the best events is the Night Visit to Todaiji’s Great Buddha on the 13th and 14th. From 7pm to 9pm Todaiji’s ￥500 entrance fee is suspended, the Buddha Hall is lit by lanterns from within, and the window in front of the Great Buddha’s face is opened allowing it to be viewed from outside the hall, something that only occurs once or twice a year.

Kintetsu Line - Kintetsu Nara Station is the closest station to the main festival grounds. It is also the terminus of all Nara bound Kintetsu Line trains from Kintetsu Kyoto (￥620), and Osaka-Namba (￥560) Stations. Getting a bus from there to the Daibustudenmae Bus Stop (￥210) is the fastest way to get to the main Tokae Festival grounds. Walking from there grants the opportunity to see the displays at the Prefectural Office or Kofukuji Temple

JR Lines - Yamatoji Rapid and Direct Rapid service trains depart from Osaka Station 4 times an hour and terminate at Nara (or pass through it on their way to Kamo,￥800). From Kyoto Miyakoji Rapid service trains depart for Nara twice an hour (￥710). From JR Nara Station go out the east entrance and get a bus from platform 2 (￥210) to Daibutsudenmae. Getting off at Kenchomae allows one to take in the displays at the Prefectural Office and Kofukuji Temple before continuing to the main site. 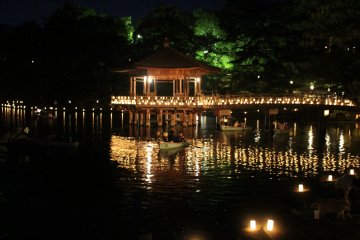 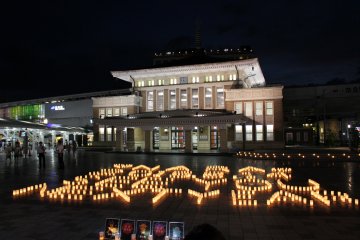 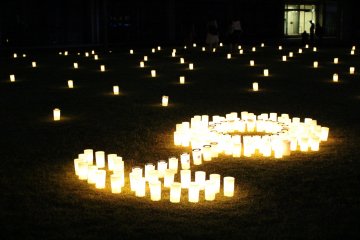 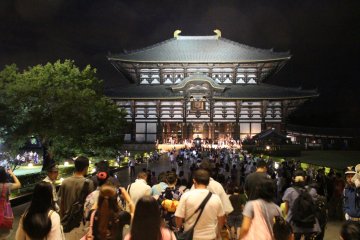 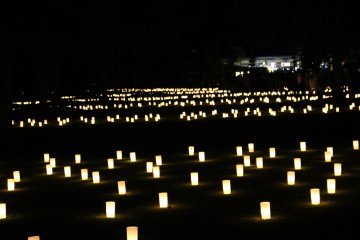 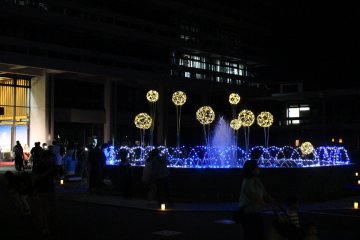 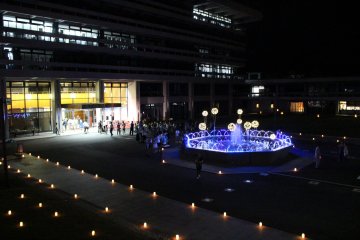 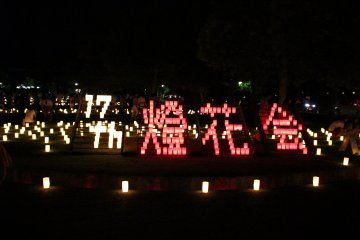 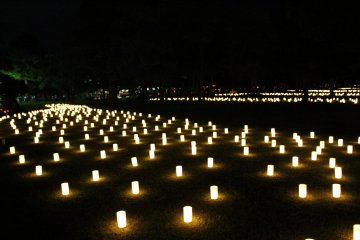 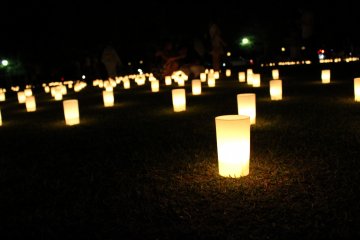 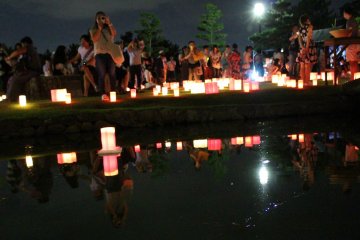 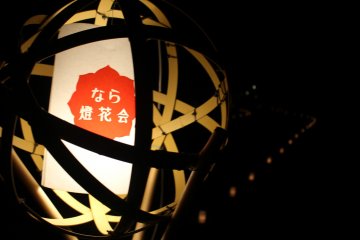 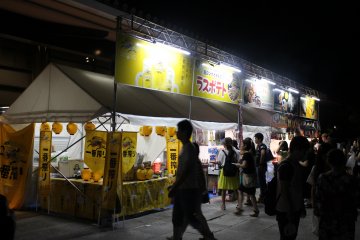 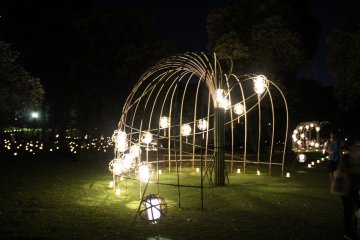 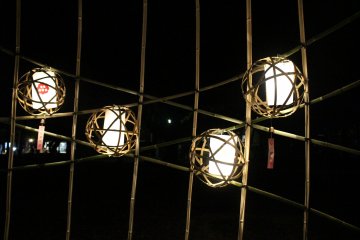 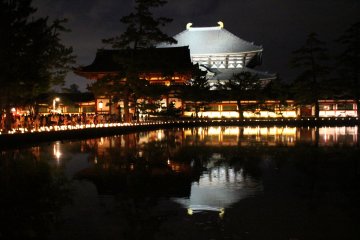 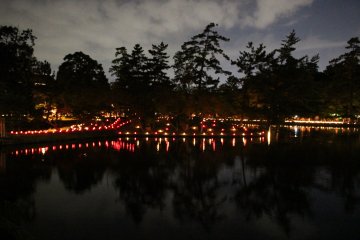 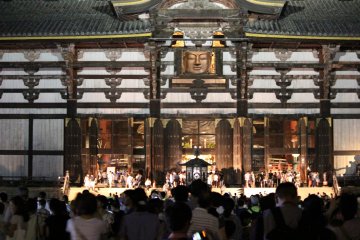 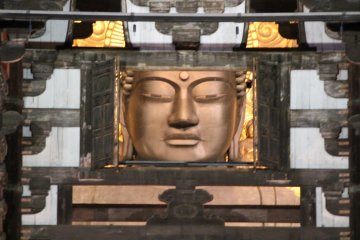