A dragon, a painting of one, captured my attention. The head and the front of its serpentine body were the only things to have flown into the picture's frame, the bright colors of its scales stood out brightly against the storm gray sky of the painting’s background, both of the dragon’s clawed front feet were open and extended (to grab something?) and both of its eyes were turned outward breaking the 4th wall and taking in the beholder. This is Takaokami-no-Okami, a dragon god of rivers, water and rain.

Niu-Kawakami Kamisha Shrine, in Kawakami-mura in Nara, is one of three Niu-Kawakami Shrines. All three deify a different dragon god, the main difference between the gods enshrined is where they reside (Takaokami-no-Okami lives high in the mountains), but all three gods have the power to keep the rice fields and other farms of Japan watered, or to flood the world (or leave it bone dry?). Niu-Kawakami Shrine was established in 675 to pray for the appropriate amount of rain. To do this, the shrine presents a horse to Takaokami-no-Okami by tethering it in the shrine’s yard. A black horse is used to pray for rain and a white horse is used to pray for sunny weather.

In 897 the practices of Niu-Kawakami Shrine had attracted the favor of Japan’s Emperor and the shrine was conferred a high court rank. The Emperor himself visited Niu-Kawakami Shrine to pray for the prosperity and well being of the nation. The outbreak of the Onin War in Kyoto in 1467 brought about a decline in the shrine’s significance and many people forgot the shrine’s original location. All three present-day Niu-Kawakami Shrine’s declare that they are the original shrine but there is no information present to verify any of their claims. The Kamisha, or upper shrine, in Kawakami-mura does have something that might legitimize its claim though. To avoid being submerged by a planned flood control dam, the shrine was relocated to its present position, on a mountainside overlooking the flood control reservoir and its original site, in 1959. The shrine's grounds were excavated during the relocation and it was discovered that the shrine grounds had held religious significance and been in use for much longer than originally thought. Niu-Kawakami Kamisha Shrine had been built atop the ruins of a stone circle that dates from the Jomon Period between 2,000 and 8,000 years ago! Most of the artifacts from the stone circle were brought to the Suigen no Mori Museum near the shrine's new location for study and preservation, and some of them were brought to the shrine's new grounds and reassembled the way they had been found. They can be seen to the right of shrine's new main hall. The shrine's original main hall was not brought to the new location and was instead relocated to Asuka Niimasu Shrine (an acknowledgement of the phallic shape many of the Jomon stone arrangements had). The new main hall reflects the architecture of ancient Japan, is decorated with many works of art depicting the dragon god and the white and black horses, and, combined with the smell of its white cypress wood construction, has a warm aromatic atmosphere.

Whichever shrine is the true original, the Emperor of Japan still visits the Niu-Kawakami Kamisha Shrine today to pray for the nation's prosperity and the practice of putting out a white or black horse is continued. The serpentine shape of Takaokami-no-Okami is sometimes seen in the light dappling the mountainsides or in the clouds wreathing their summits. Here there be dragons? Happy travels! 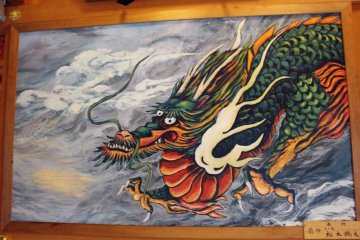 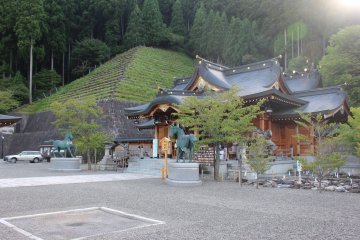 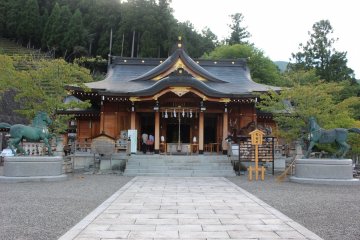 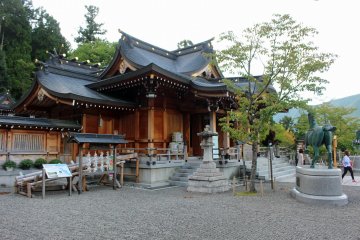 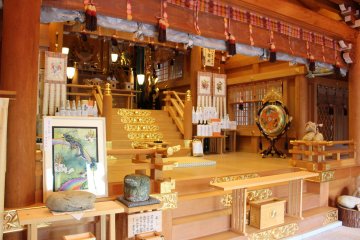 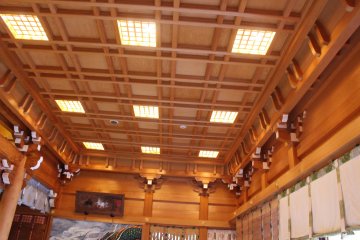 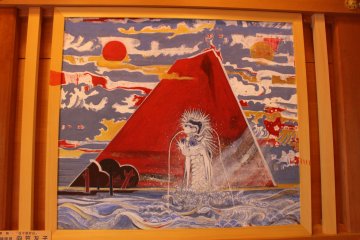 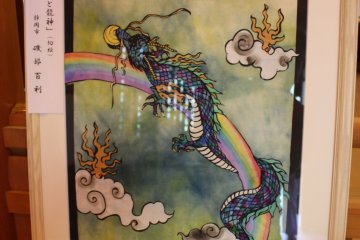 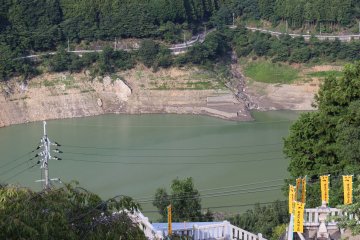 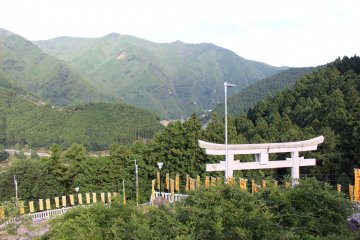 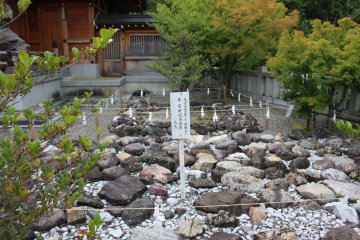 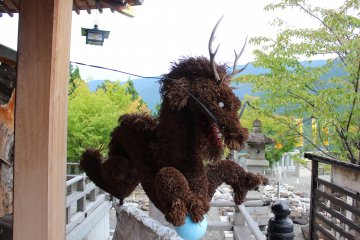 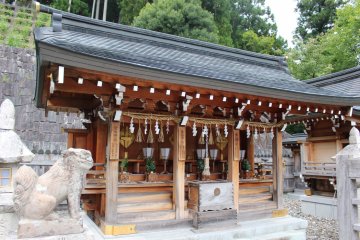 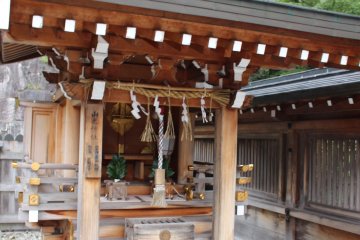