A sad story with a beautiful view

The Sarusawa Pond in Nara can easily be overlooked as holding not much significance compared to the many temples and attractions in the area. It is also easy to stroll past without noticing if you have a snack in hand and eyes on a map deciding which attraction to see first. By chance I was stopped by a local University lecturer who wanted her students to practice their English presentations to me about the lake. I, of course agreed, and thought the story was very sad yet rather interesting.

The Sarusawa Pond was created in 749 and is surrounded by the grounds of the Kofukuji Temple. The five storied pagoda of Kofukuji Temple is a picturesque backdrop to the outline of willow trees that circle the reflective lake.

During the Nara period, a maid of the court drowned herself in the lake following a love affair with the Emperor Heizei. The Uneme Shrine was built to pray for the soul of the maid and comfort the other Uneme (ladies of the court). It is slightly hidden in the northwest corner of the pond and unlike other shrines the tori gates do not lead to the from of the Shrine. Legend says that the Uneme Shrine was originally built to face the lake however, it could not face the scene of the suicide and turned itself around overnight.

The Uneme Matsuri festival is held annually in the middle of September every year on the pond to remember the maid and comfort her soul. If you are thinking of visiting the area during this time, it is a must see. The parade starts from 5pm at JR Nara Station and heads along Sanjyo Street. At 6pm there is a memorial service at the Shrine and at 7pm the dragon shaped boat carrying a costumed Uneme girl sails around the pond. Traditional Gagaku (court music) is played and lanterns line the edge of the water.

I circled back to the lake later that afternoon to sit with the locals and reflect on my own travels in Japan thus far. There were many people enjoying the sun, feeding the pigeons and feeling calmer away from the crowds. 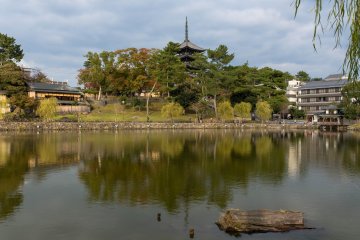 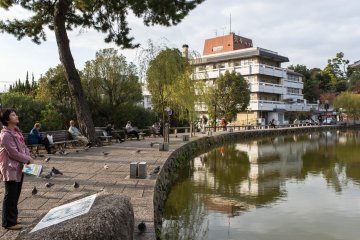 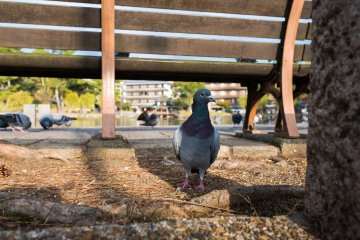 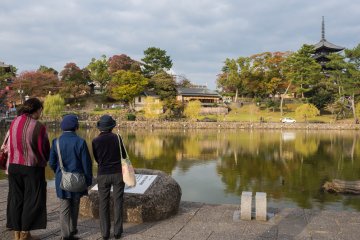 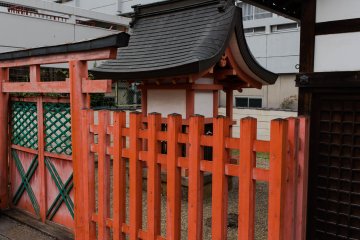