Horyu-ji Temple is known for its 650 ancient Buddhist statues amassed during its 1400 year history. Some of the oldest statues were made by a special group of Buddhist sculptors who came to Japan from China and Korea and introduced their high-level of knowledge and techniques to ancient Japan. Thus, the statues contain a strong influence and flavor of China, Korea and other countries along the Silk Road. These statues are thin, have exotic facial features, and show an ‘Archaic smile’ on their faces. You will surely get quite a different impression from these compared to more common pure Japanese Buddhist statues built by later Japanese sculptors.

Among the hundreds of statues in Horyu-ji Temple, the most mysterious statue there might be Guze (Kuse) Kannon. Although it was enshrined in the temple's octagonal hall, Yume-dono, in 739, no one had seen it for a long time due to a strict prohibition of public viewing. (More about this below.) In addition, the priests at Horyu-ji Temple did not see it for more than 200 years. The reason is still unclear, but the superstitious priests strongly believed that a severe earthquake would hit the temple immediately if someone unsealed the statue.

In 1884, an American scholar of oriental studies, Ernest Fenollosa (1853-1908), visited Horyu-ji Temple to do research. In those days, progressive Western culture was pouring into Japan, while Japanese traditional culture was being denigrated, destroyed or put aside everywhere in the country. He and his colleagues were afraid that Japan's valuable art treasures would disappear forever during this period of chaos. With the support of the Meiji government, Fenollosa set up a program whereby he and a team would catalog the assets of old temples and shrines to protect them from destruction. The concept of something being designated a 'national treasure' in Japan was established on the basis of Fenollosa's work.

Ernest Fenollosa was born in Salem, Massachusetts in 1853, and studied philosophy and sociology at Harvard University. In 1878, he came to Japan to teach political economics and philosophy at the Tokyo Imperial University. Although his specialty was not art, he loved Japanese fine art and had a profound knowledge of paintings and sculptures. He even studied Japanese brushwork of the Kano School.

At the moment of unsealing

On August 16th, 1884, Fenollosa visited Horyu-ji Temple at the request of the Japanese government. Fenollosa was sent to investigate the sealed Buddhist statue in Yume-dono Hall in Horyu-ji Temple. He negotiated with the priests to remove the seal. But they strongly resisted because of their fear of divine punishment. After strongly persuading them for some time, he was finally given permission to open the seal. He later wrote:

I can’t forget that feeling when the dull sound of the key turned in the lock. A rusted chain came off, and the closed altar finally opened. A tall object, wrapped in white cotton cloth and which had collected a thick coat of dust, appeared. We had a hard time taking off the 500-yard piece of cloth from the statue. In addition, we almost died from scattered dust. But finally, when the very last piece of the cloth fell off, the treasure was there, standing right in front of me!

So, again, why had this statue been hidden away for so long? Besides the above conjectures, the octagonal building that housed the Guze Kannon might also be a key to the answer.

The precincts of Horyu-ji Temple are mainly divided into two sections; the Sai-in (Western) and To-in (Eastern) Precincts. Sai-in is the original part of the temple that was established by a genius regent, Prince Shotoku (574-622), in 607. On the other hand, To-in was built in 739 on the ground where the prince used to live. Guze Kannon was kept in Yume-dono Hall in this Eastern Precinct.

In 737, huge numbers of people had suffered from smallpox and died, including some important politicians at that time. Some people thought that a vengeful spirit of Prince Shotoku was the cause, and so they built Yume-dono Hall as a repose to his soul. Guze Kannon enshrined at Yume-dono was modeled after the prince himself. If it is true, since the height of the statue is 178.8 cm, Prince Shotoku was quite tall for a Japanese of his day!

The statue was carved from camphor wood, coated with lacquer, and gilded with gold leaf. It has a mild, mysterious smile. The sculptor who built this statue died of unknown reason soon after he completed it. And in the 13th Century, a later sculptor tried to carve a statue after the original. He also met an unexpected death before it was completed. The reason that Guze Kannon was sealed up in Yume-dono Hall might be related to these facts. So, the theory is that: Frightened politicians placated Prince Shotoku’s soul by designating it as 'divine', locked it up in Yume-dono, and sealed the statue to prevent further disasters.

Fenollosa was not only interested in the art of Buddhism, but also the faith itself. After his special experience with Guze Kannon, he converted to Buddhism at Mii-dera, Shiga. He continued with his work to inventory Japan's important assets. His great work contributed to the concept of today’s National Treasures in Japan. In 1888, he became a consultant to the Tokyo Fine Arts Academy and the Imperial Museum, where he was given the challenge to raise a new generation of Japanese artists, and to develop individual fields of Japanese fine art.​

In 1890, when he was 37 years old, the Museum of Fine Arts, Boston, offered him the position of Curator of Oriental Art. He accepted and was able to introduce Japanese art to the United States and other countries through exhibitions and his books.

He died in 1908 in London during a working visit to the British Museum. Following Fenollosa's wishes, he was cremated in London and sent to Japan, where he was buried in Shiga.

Note: Guze Kannon is now open annually to the public twice a year, April 11-May 18, and October 22-November 22.

* Index of this "Foreign Footsteps in Japan" series is here.

Find out more about Horyuji Temple. 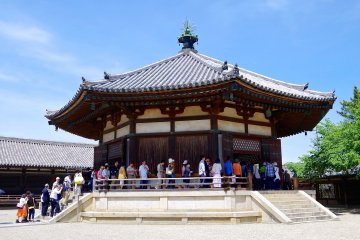 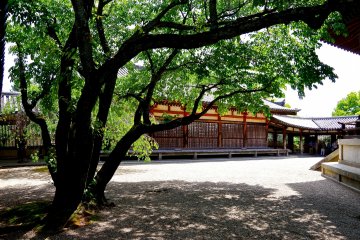 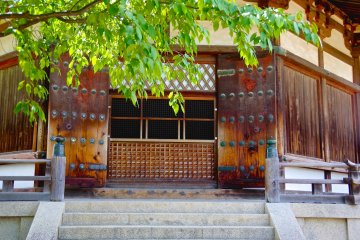 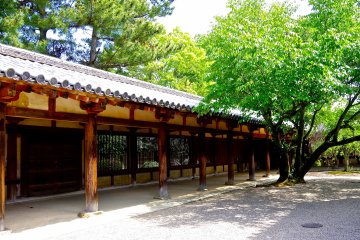 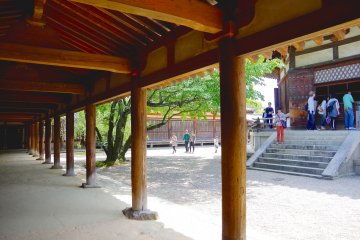 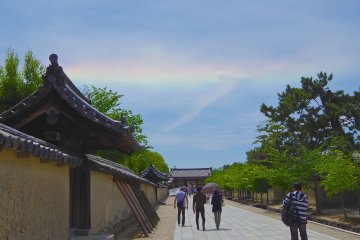 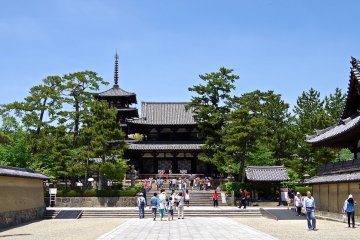 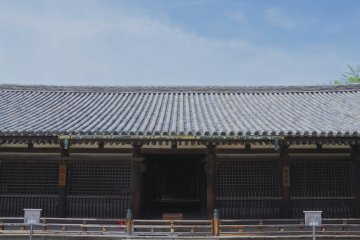 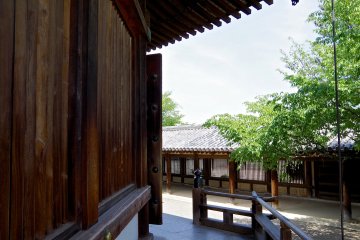 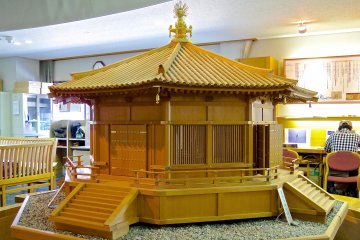 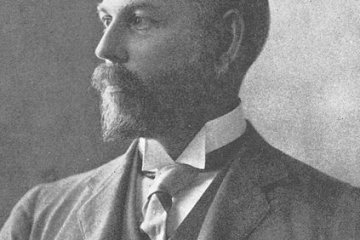 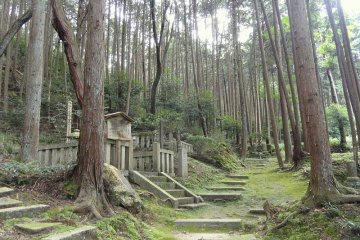