Tucked away in the small village of Nagara, which is a suburb of Tenri City, is a Shinto shrine named Shiratori that predates the Nara Period (710-794). There are actually two ways to write the shrine’s name in Japanese, but the more traditional reading, Shiratori (白鳥神社), points to its connection to a legend associated with a white bird (shiratori). This legend detailing the shrine’s establishment is found in the Kojiki (Record of Ancient Matters), compiled in 712.

The legend tells us that his Augustness Yamato-Takeru (half Shinto deity, half imperial ancestor) spent a lot of energy quelling evil forces and pacifying the land, and at the time when he died, all of the people were very sad. At his funeral it is said the dead prince turned into a white bird (or in an alternate version, three birds) and suddenly flew out from the deceased prince’s body. The bird circled three times over the deity’s body and then flew off high in the sky. The entire imperial family and others chased after the bird, which flew extensively around the Yamato district. Finally, the bird landed 500 meters to the south of Nagara Village (present-day Tenri City), and on that spot the imperial family with the help of villagers built a shrine and prayed to the bird as a protectorate deity of the village.

The shrine is listed in the Engishiki (927) shrine list of Yamanobe-gun, and the enshrined deity is Yamato Take. The shrine occupies a fairly large area and, in addition to the main prayer hall (haiden), inside the shrine grounds are smaller shrines including, among others, Ōkuma Shrine, Sansha Shrine, Hachiman Shrine, Atago Shrine, Ryūō Shrine, and Inari Shrine.

The annual festival held on September 22nd honors both the Shiratori Shrine, which took its name from this beautiful bird, and Yamato Takeru himself, as the main enshrined deity. An autumn festival celebrating the annual harvest is also performed on October 22nd of every year. As a consolidated collection of shrines, the Shiratori Shrine encompasses deep historical roots in Japan’s early history as well as holding importance as a tutelary shrine for local villagers. 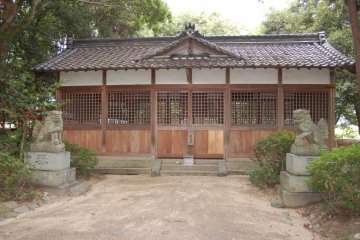 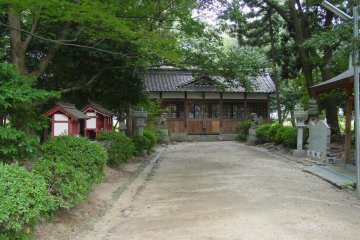 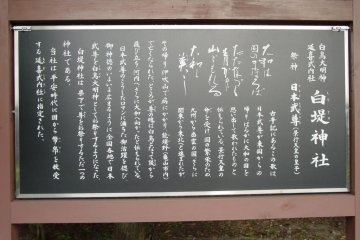 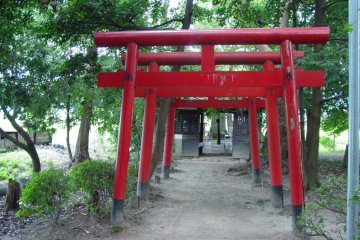 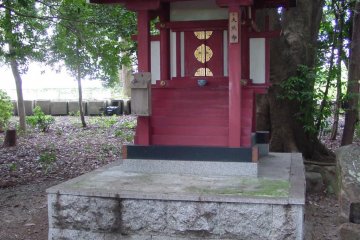