Takamatsuzuka Mural Hall, once identified with Emperor Monmu (697-707) was permitted to be excavated in 1972 after the Imperial Household Agency dropped this tomb from their list of imperial burial places. The tomb was looted at some time in the distant past and the tomb experienced erosion as a result. Damage was worse on the south (entry) hall. Nonetheless, the tomb was found with brilliant paintings that ties in Japanese past by showing Korean influence.

The tomb depicts four guardian spirits in four directions (shishin) of a type which were also found on fresco bearing tumulus graves in China and Korea. The names of the spirits are Seryu (blue dragon) in the east, Byakko (white tiger) in the west, Suzaku (red bird) in the south and Genbu (black snake tortoise) in the north.

The men in the frescoes hold sunshades, chairs and pouches for swords and bows and also carry pouches around their necks. The women carry round fans and Buddhist staffs of authority. The style of skirt is similar to that from Korea during this period.

Inside the crypt there remained a coffin ornamented with metal nails and fittings, a Tang Chinese mirror whose reverse was worked in so called Kaijubudo pattern, and ornamental fittings for a tang style sword. Reproductions of the grave are on display along with reproductions of the artifacts from the site.

The ceiling of the crypt is dotted with small bits of gold leaf, which are in turn joined in various patterns by reddish cinnabar lines to represent star charts with 28 constellations. 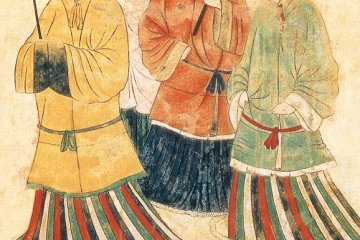 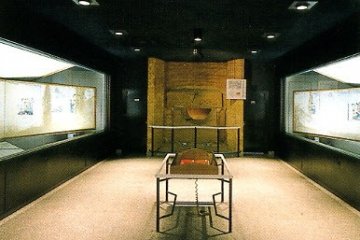 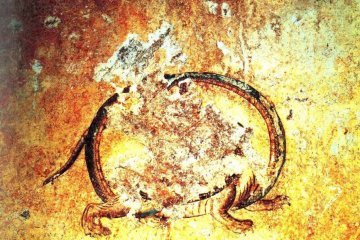 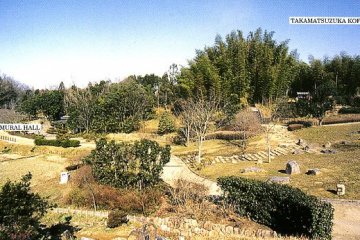 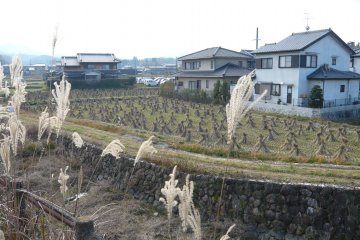 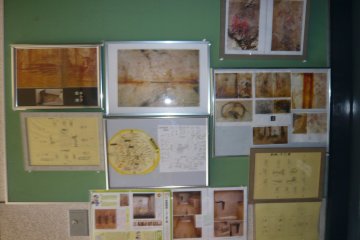 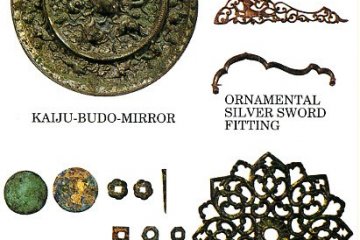