Nothing is difficult with teachers this good

Making sushi is hard. Forming the rice into the right shape and getting it to stick together, and then making the fish stick to the rice (while the rice doesn’t fall apart), or forming the perfect sushi roll (without the rice pouring out one end or the other) was not something I’d ever been able to accomplish before. A good teacher though can make any skill, no matter how complicated or delicate it is, easy. Enter: the Umemori Sushi School.

Great teaching and great tasting sushi was actually born out of tragedy when the oldest daughter of Yasuyuki Umemori, the founder of Umemori Sushi, was born with a congenital heart disease and his fourth daughter diagnosed with pediatric cancer. It was while he was taking care of his daughters and listening to their friends in the hospital talk about the places they’d like to go and the delicious looking foods they’d seen on TV that they’d like to eat that Mr. Umemori had an inspiration. Powerless as he was to do something about his daughters’ medical condition, it was within his power to make their days (however many were left) as happy as he could. He took his business’s sushi making technology and used it to make an environment in which people with illnesses or disabilities could participate, enjoy life, and be happy. The school grew from there and it remains equipped to facilitate the happiness and participation of all individuals and its standard and spirit of hospitality has reached a level I’ve never before seen.

After washing our hands and putting on a Umemori Sushi happi, my group and I entered the classroom and took a seat at our table. Our instructors were already waiting for us and they introduced themselves with an infectious bright energy that brightened the mood more than it already was. Two big wooden bowls of prepared rice (known as “shyari” in Japanese), 4 small electric scales and trays with 6 different pieces of fish, one slice of cooked egg and a small lump of wasabi, one tray for each student, had also been prepared for us.

“First you need to take some rice and make it into an egg-shape,” the instructor said in Japanese. “It should weigh about 20 grams.” She made a rice ball herself, showed it to us (making sure that everyone in the group had had a good look) and then put her rice ball on the scale to show us its weight (22 grams). “Daitai twenty grams,” she said in mixed Japanese and English. “Pick up the rice in your right hand,” she held up her rice ball, “and pick up this piece of fish in your left hand,” She held up her fish. “With your right pointer finger take some wasabi and spread it on the fish, it will the glue that holds the fish to the rice. Everyone get to this point and we will continue” The instructor and her assistants proceeded to show us how to craft and shape each piece of sushi in the same ultra-visible and energy-rich way taking the time to help individual students when they needed help. I can’t say if Umemori’s techniques for making sushi are any different from those used by professional chefs but I can say that they are extremely effective. Every single student was able to produce sushi that looked as if it had been professionally prepared at high quality restaurant. When we had finished preparing all our sushi the instructors and assistants congratulated us on our work, took pictures with us and then served us miso soup, udon noodles and tempura to accompany our sushi. When we had finished lunch Mr. Umemori himself came to the classroom to congratulate us personally and present graduation certificates to everyone who had participated.

Most of Umemori Sushi School’s customers are not disabled. At the time of writing a majority of them are Chinese-speaking and the school employs many Chinese-Japanese bi-lingual staff. A few of the teachers and translators also speak good English but the hands on teaching method and demonstration used by Umemori Sushi transcends the need for language (native English speaking instructors fail to teach me how to make sushi more than once). The bright energetic staff and environment make it a wonderful place to learn. Could the best sushi you’ve yet eaten be the sushi you prepare yourself? Happy travels! 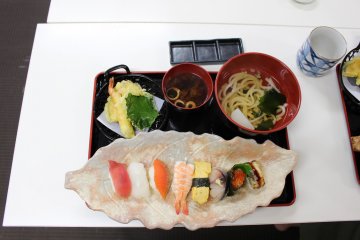 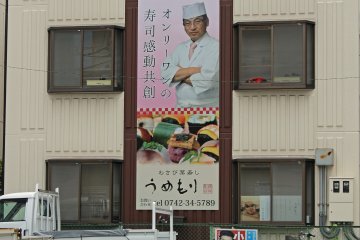 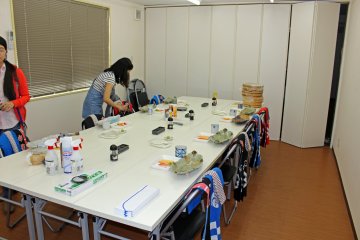 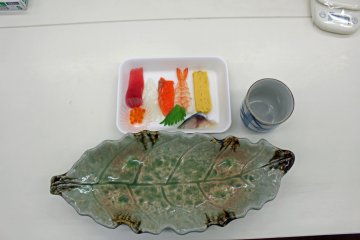 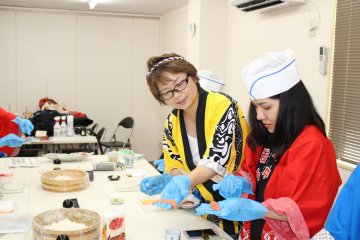 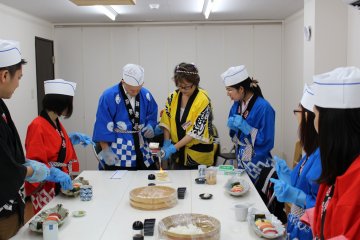 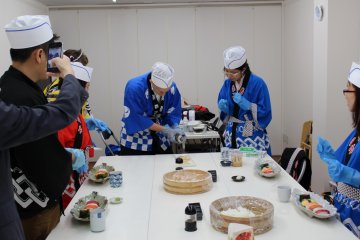 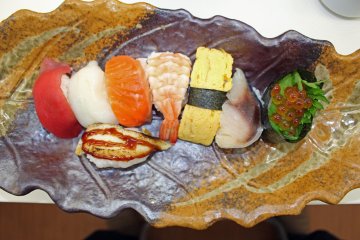 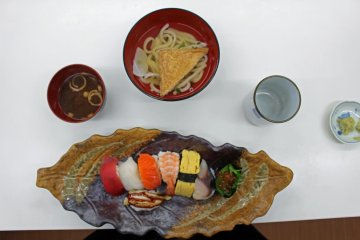