Altar of the Yamato Water Goddess

A wooden sculpture of an owl stared blindly into the courtyard of Yoshino Mikumari Shrine from a recess in the shrine’s Sakuramon Gate. The artist who carved it used the shape of the wood’s grain to recreate the texture of feathers and accurately shape the face into a near perfect resemblance of a barn owl. That statue is at once a brilliant work of art and uncannily alive in the poise and posture it holds. I almost expect it to leap from its perch and fly to the sakura tree in the courtyard or to one of the giant cedars on the slope above, the embodiment of the goddess of the shrine come to survey those who have come to pay their respects.

Yoshino Mikumari Shrine is the southern of the 4 Yamato Mikumari Shrines in Nara (the other 3 being Uda, Katsuragi and Tsuge Mikumari Shrines). It’s located in the upper part of Kamisenbon in Yoshinoyama and is one of the oldest shrines in the area. The name of the shrine means “watershed” using the kanji characters for “water” and “divide,” and the goddess honored by the Mikumari shrines, Ame no Mikumari no Kami, is the water goddess in charge of the distribution of rain and water across old Nara. Because the name Mikumari sounds similar to the word “mikomori,” meaning pregnant, the shrine is also associated with fertility and safe childbirth. People have been traveling to Mikumari Shrine since the 9th century to pray for either or both of those things. Toyotomi Hideyoshi, the 16th century samurai general who ended the warring states period and unified Japan under one banner, famously prayed for a son and successor at Yoshino Mikumari Shrine. His prayers were answered and his son Hideyori was born in 1593, 5 years before the great general’s death in 1598. Toyotomi Hideyori visited Mikumari Shrine and ordered its reconstruction in 1604 as a gesture of gratitude to his father.

Yoshino Mikumari Shrine’s present day buildings date from Toyotomi Hideyori’s reconstruction and display the architecture of the Momoyama Period. The main hall of the shrine is a beautiful and unusual construction designed to allow the altars of 7 Shinto gods to be housed under one roof. Besides the main hall, the prayer/display hall holds several mikoshi portable shrines used in the festivals of centuries past, and the brightly painted main gate is a feast for the eyes; the carvings of dragons, birds and other animals over the entryway and window are particularly beautiful. The shrine's buildings encircle the plant-filled garden and its sakura tree granting visitors a sense of seclusion and peace.

“What about the statue of the owl?” I asked one of the shrine maidens. She didn’t know anything more than that it had been donated to the shrine.

“It’s a beautiful piece of artwork but it’s of no relation to the deities enshrined here.” Maybe the artist imagined, as I imagined, the owl to represent the incarnation of the water goddess in this world? What will your interpretation be? Happy travels! 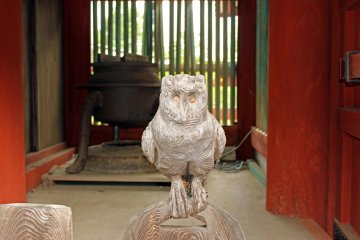 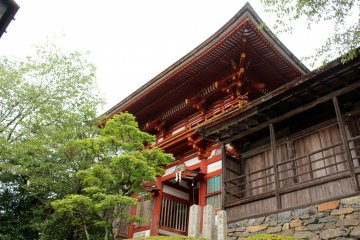 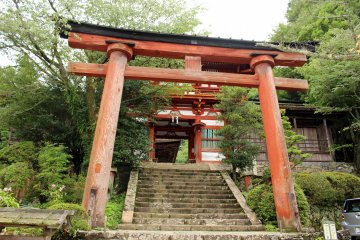 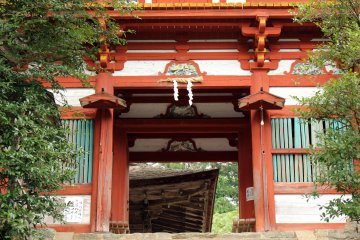 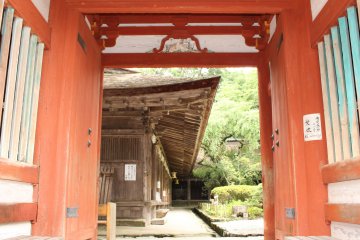 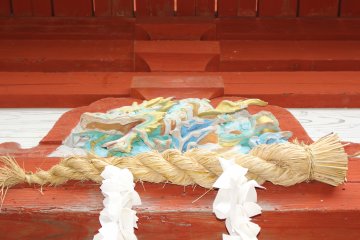 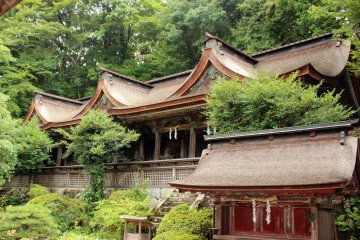 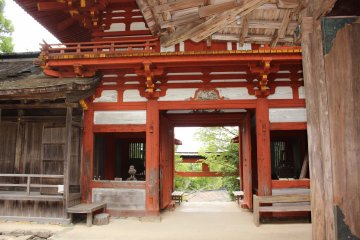 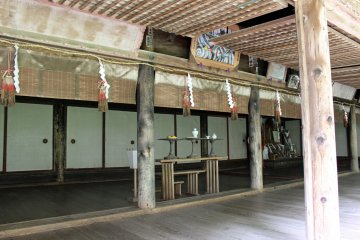 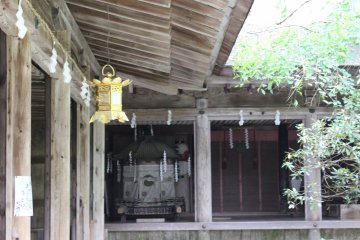 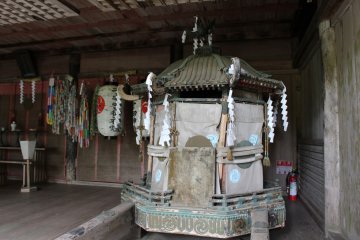 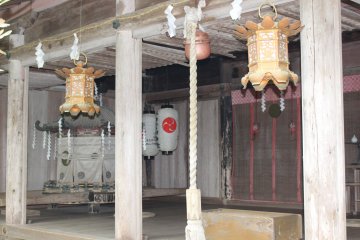 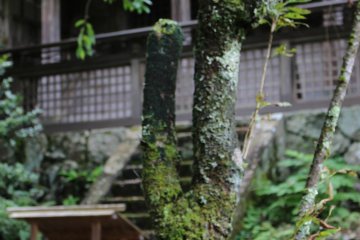 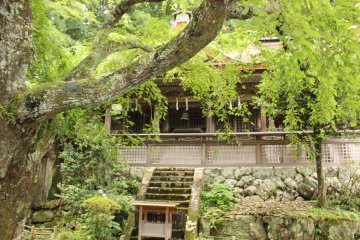 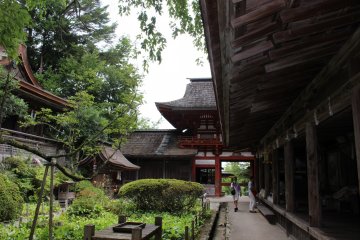 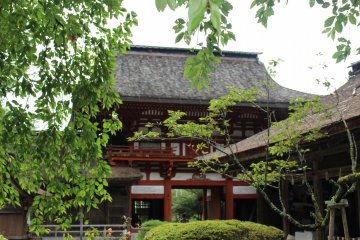 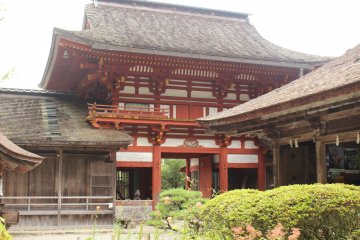 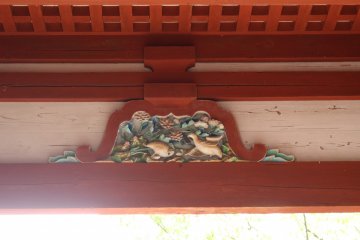