I studied ancient Greek when I was in college and although fascinating, it was hard to use phrases like, "the donkey pulls my cart" in everyday conversation. Sword making is an ancient tradition in Japan and as with ancient Greek, I was curious as to whether it held some utility in today's society. I got myself over to the sword village to find out.

Located in Osafune near the border with Bizen City, you'll hardly miss the plethora of blue and white signs depicting an abstract figure doing something related to sword making. After being greeted by a more than knowledgeable guide, I soon understood why it is called a village and not a museum.

The first thing you have to know about Japanese swords is that they can be disassembled much in the way modern assault rifles can. Yet, what they have over the modern assault rifle is the ability to be personalized. It was explained to me that samurai would change the handle and sheath of their swords depending on the occasion. There were accessories for a battle or a night on the town. In the case of the latter, the sword would be adorned for maximum beauty.

Manta ray skin was used for maximum grip on the handle and not simply a fashion statement. The Tombo or dragonfly was a common motif used to decorate the swords because when they died their bodies remained intact. For the samurai this was a powerful symbol used to represent the longevity of their families and the fortunes they built.

When I arrived home after my visit, I noticed dozens of dragonflies whirling around the parking lot and felt the sense of hope that the samurai must have felt when they looked at their swords. I learned that although we don't need to use a samurai sword today, we can still use its spirit. It is intact at the sword village. 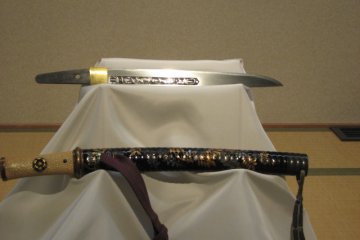 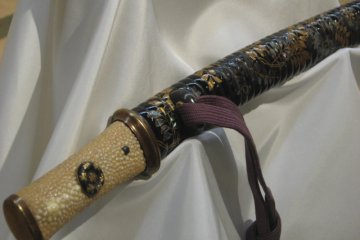 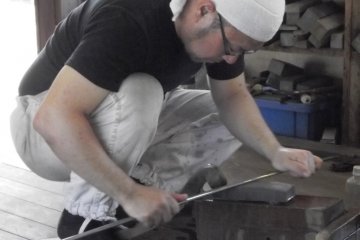 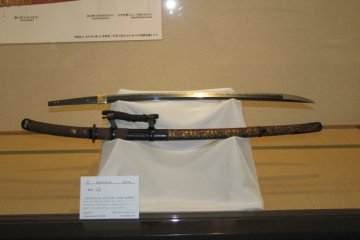 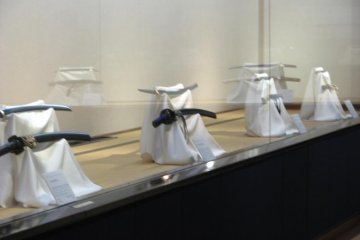