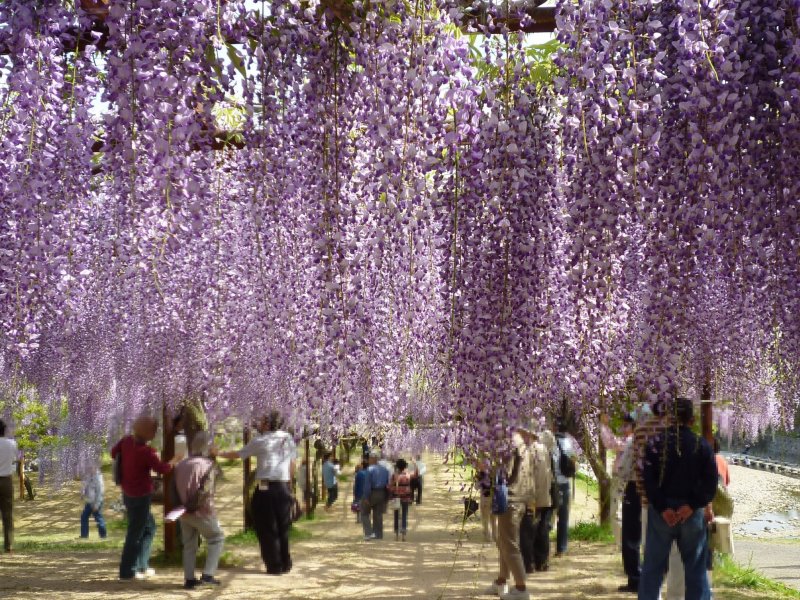 Appreciate the largest number of wisteria types in Japan

The Wake Fuji Park in Okayama was opened back in 1985, and is home to Japan's largest collection of wisteria varieties. From around late April until early May each year, the park celebrates this with a festival to showcase these beautiful blooms. Around 100 types of wisteria adorn the park grounds, in shades of dramatic dark purple, classic light purple, and crisp, clean white.

One of the most popular photo spots at the park is the wisteria trellis area, which stretches on for around 500 meters. The flowers are also illuminated until 9 pm during the festival period, allowing visitors to enjoy their beauty after dark.

Admission to the park is only charged during the blooming season, and is priced at a reasonable 300 yen.

The Wake Fuji Park is located around 8 minutes by taxi (approximately 4 kilometers) from the JR Wake Station, served by the Sanyo Main Line.