Festivals and Food for All

Yakage town is located in the southwest part of Okayama Prefecture. I have lived there for twenty years. It is a small town and the population is about 15,000. Certainly, the town is not very famous in Japan. However, it seems to me that there are many interesting things in Yakage. I like the town very much, so I would like many people to know about Yakage and visit there. If you visit Yakage you are certain to have a good time.

There are many kinds of interesting food in Yakage. For example there is yubeshi, tempe, two kinds of rice cracker and black udon. First, yubeshi is one of the Japanese-style confections made with yuzu, which is a citrus fruit. It looks like soft jelly. Second, tempe is made from fermented soybeans. Croquettes made with tempe are called tempe-croquette and are very popular in Yakage. Next, there are two kinds of rice cracker in Yakage. They are the flower rice cracker and the tile rice cracker.  The former is flower-designed and very beautiful. The latter looks like a tile. It is a very tough rice cracker. Finally, black udon is the most unique. Udon is a noodle that is usually made of flour but black udon is made from black rice so it looks like soba (buckwheat noodles). However it tastes like udon. You’ll probably be surprised when you eat it for the first time.

There are some festivals in Yakage. For instance, Nagashi-bina is held in March. People throw hina dolls into the river. Originally the dolls were not for children to play with. In ancient times the dolls were used as effigies to rid people of misfortune and disease. Accordingly, the reason Nagashi-bina is held is that people believe the dolls would carry away their bad luck. In November, the biggest festival, Daimyo Retinue is held. The festival is based on the historical point that Yakage was once a post station during the Edo period. For example, Atsuhime (a famous princess) had stayed in Yakage.

It may be true that Yakage is not a very famous town in Japan but I would like you to visit there and learn many things about Yakage. If you want to go to Yakage I recommend taking the bus instead of the train. Of course you can go by train but the process might be a little complex. When you go by train you should change trains at Kiyone station. You have to take the Ibara Railway. In contrast, it is easier to take a bus. All you have to do is take a bus at Shin Kurashiki station. 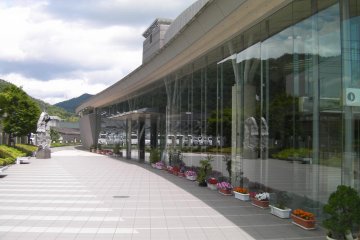 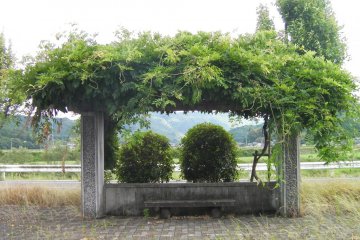 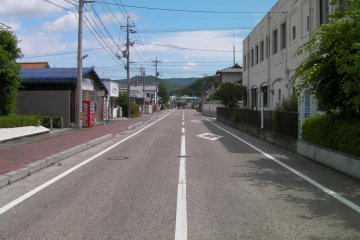 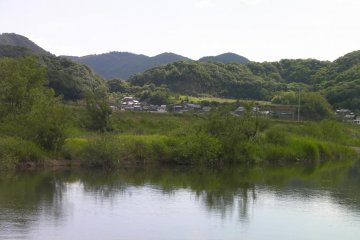