In the center of this toy town village is a wooden house with a little sign, called Barack or “Barakku” in hiragana. While bare and nondescript on the outside, there is a hive of activity inside.

I was here at Aharen Beach on a weeknight, meaning most of the restaurants in this village were closed, unless you just want a drink at the very chilled Half Time or Octopus Garden bars. The minshukus (Japanese Bed and Breakfast) and hotels on the other hand, only cater for their in house guests. This leaves Barack with a virtual monopoly, making Aharen an one restaurant town, with it being a town hall or market square of sorts, so after a while you will get to recognize everybody in this village, being hemmed in on three sides by the woods, and the other side by the ocean. From the diving shop crew bantering on the communal style table, to the couples talking discreetly at the counter, this Japanese home style izakaya bistro has every demographic covered

This restaurant is run like an Okinawan family homestay, with the husband and owner Mr. Hirokazu Higashi-onna cooking the stir fry dishes and tossing the veggies on the wok with aplomb. The wife knows the deep fryer like the back of her hand. If juicy, aromatic garlic, ginger and soy sauce marinated Karaage or “Kara-age” chicken and a plate of potato wedges with beer is your kind of dinner, this place is sure to please. For lone diners it is a good place to people watch, or if you prefer, there is a bookshelf full of novels and anime to while away your time while you are waiting for your meal, just like my uncle’s beach shack on the coast. Despite the buzz the mother and son next to me from the local elementary school were totally absorbed in their anime books before and during their meal, perhaps it was an anime textbook?

Weary from a day of work at Naha and travel from Port Tomari, I felt like some soothing home cooked Japanese dishes to warm my stomach. The Miso soup hits the spot, with a nutty and smokey taste, while the seaweed appetizer had a vermicelli texture and was scrumptious. The Tonkatsu is crisp but unfortunately the pork meat in the center is tough in parts. Better stick with the Tsumami (bar snack) menu, with such oddities like popcorn, cucumber and dip, or curry rice or fried chicken. They also have the native Okinawan Shiikwaasaa lime citrus drink, and four different kinds of tea. Surprisingly for a town almost undiscovered by overseas visitors, the menu on the board is in Japanese and English. Probably the only other places you might see some English in this town are the dive shop and Kerama Terrace, the upscale hotel in the middle of town. Everyone else must think the non-Japanese-speaking visitors can read the katakana script. When I was picked up by the driver at the ferry terminal; he carried his hotel sign which was in katakana. It is amusing calling your hotel an English name, like “Southern Cross" or "Sunflower Hotel" when it is only written in katakana. However, everything is so relaxed here on this island, so even if you can’t find your pick up bus, some simple gesturing will get you what you want, as everyone knows everyone else. Actually the words “weeknight” and “weekend” are irrelevant in Aharen. This place is on island time, so don't expect things to happen in a hurry.

Everything is cooked to order in its own time in the open kitchen, and there is nowhere to hide if they make a mistake. No that it happens, and besides, there is too much fun outside the kitchen to worry about that. There are kids playing and jumping on the wood floor near the entrance, and everyone is at ease in this eatery that evokes of the carefree times in the 1960s. Smoking at the table? No worries. No alcohol beer? Haven't heard of it. Thirty per cent alcohol Okinawa hard liquor, otherwise known as Awamori? Let me check. Yep, still have some left. This is fun without the hard edge, tipsy with life without going overboard.

Why is it called Barack? It doesn't really matter. But I can imagine Barack Obama dropping in his youth with his Hawaiian shirt. It is that kind of place. 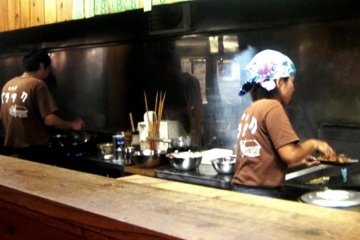 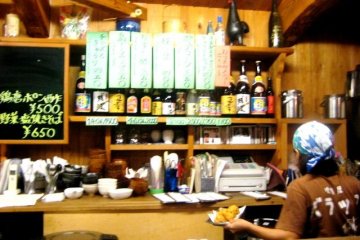 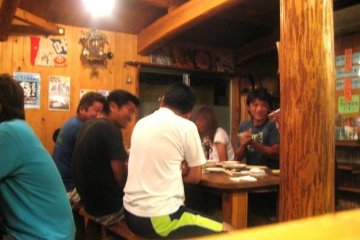 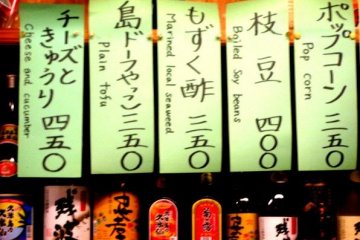 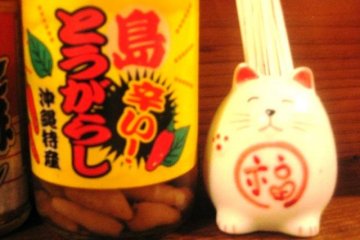 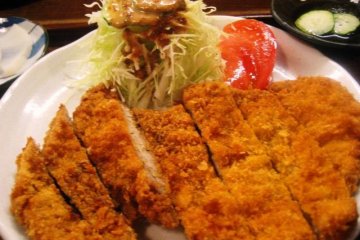 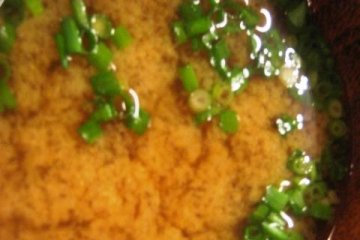 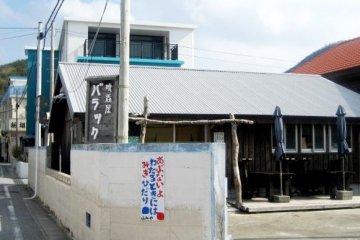