Okinawa Prefecture may be best known for its local foodie specialty of pork belly, but that's not to say that you won't find great vegan eats on the island. On the north west coast there's a spot called Cafe Niceness where you can enjoy flavorful vegan cuisine in a lush, green setting.

The menu staple here is tarkari, a type of spicy vegetable curry which originates from Nepal. If you order the tarkari, it comes with rice and a range of vegetable side dishes - the amount of local produce you'll enjoy on the plate is impressive. You'll find mushrooms from Nakijin, chickpeas and black beans from Motobu, and potatoes from right there in Nago to name a few. Even the rice is locally grown in the Kise district of the city.

Like you'll find at many smaller establishments, the dessert menu changes on a rotational basis, but has previously included things like tarts made with dragonfruit (ensuring a beautiful magenta hue), bananas, Okinawan sweet potato, and more.

As well as serving a vegan menu, Cafe Niceness places pride in the fact that their dishes are free of chemical seasonings and additives, genetically modified foods, frozen foods, sugar, and wheat. If you're looking for a place to dine with health and taste in mind, this is a great spot to do just that.

Do note that because the shop is small, the owners ask for reservations to be made if you're visiting with three or more people in your party. They also have limited opening hours, from 11 am until 4 pm Thursday through until Sunday, but closed Monday through Wednesday.

Cafe Niceness is located in Nago, on the northwestern coast of Okinawa. By car, it's approximately a 15 minute drive from the Kyoda Interchange of the Okinawa Expressway. If you're visiting by public transport, the cafe is 15 minutes walk from the Nago Bus Terminal. Look out for the palm tree outside as a landmark, as you can't immediately see the cafe from the street since it's surrounded by trees. 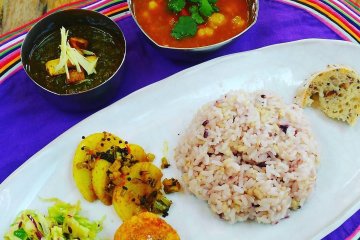 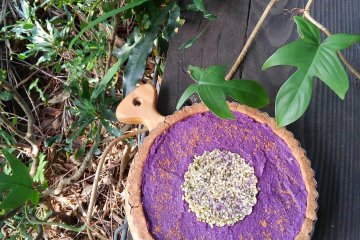 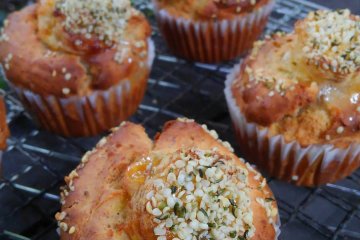