The legacy of a U.S. Army chef

The Highway Drive In Restaurant is almost un-noticeable to tourists. It's an inconspicuously small dot along the roadway with faded katakana signage shrouded behind trees. Other nearby businesses that are larger and much more colorfully adjourned further disguise the existence of the eatery. The restaurant was established in 1972 by a U.S. Army chef as an A-sign bar, the Japanese reference for restaurants that hung placards with "A" grades for being in compliance with U.S. military inspections and standards. Today the restaurant management has been passed to the son of the American soldier that founded it more than 40 years ago, but the look, feel, portions and prices of the Highway Drive In appear to be frozen in time.

Go for the unbelievably immense portions of delicious food at low prices. The decor is absolutely no-frills, but the service is very fast and friendly.  My family of four - including children aged five and three at the time - ordered three large combination plates which we shared which came out to just 2,600 yen. The portions are large with main and side dishes stacked up on the plate; we barely finished our plates even though we arrived with hearty appetites.  Breakfast is served any time of the day.

You will not find a drive through window at the Highway Drive In Restaurant but don't let that deter you from enjoying a 40 plus year tradition in central Okinawa. The Highway Drive In is located on the east side of the Route 75 roadway in Okinawa City half way between the intersections with Routes 329 and 85. The restaurant is open daily from 11:00 ~ 26:00 (2 a.m.). The extensive bilingual menu offers everything from sandwiches, steaks and salads, to chop suey, chow mein, Japanese food and pasta all very reasonably priced. 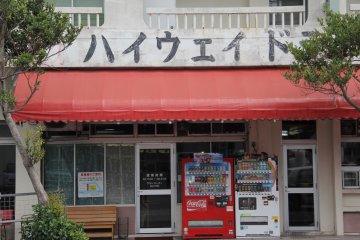 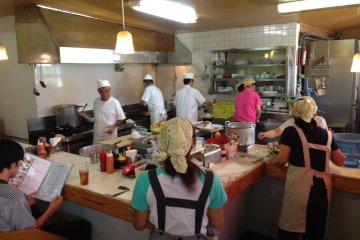 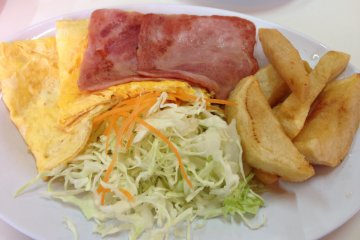 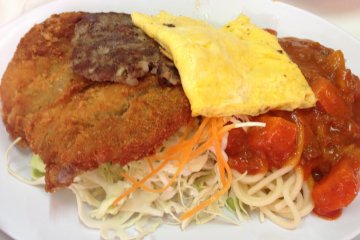 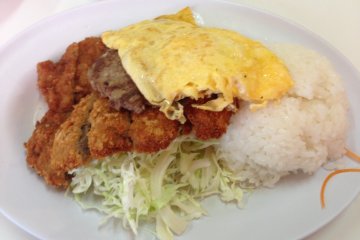 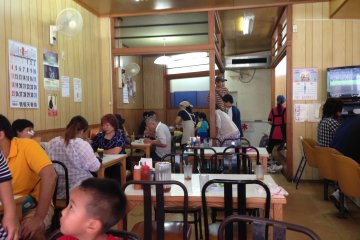