Convenience and Value at Kokusai Dori and Tomari Port

Travelers to Downtown Naha are spoilt for choice when it comes to accommodation, from five-star resorts to friendly backpacker hostels. If your preference is for a budget hotel in a reasonably central location, the Rasso Naha may be what you are looking for. In my quest for budget priced hotel rooms around Japan, my previous record was Toyoko inn, with single rooms from 5500 yen a night. At the Rasso, rooms start at 4000 yen or less.

The Rasso Naha Matsuyama is a basic yet pleasant two star business hotel on the main highway heading north from the airport. With direct access by monorail, bus or taxi, getting here is straightforward, just look for the high-rise with the orange sign.

While bus route 99 from the airport stops almost outside the hotel on the same road, the monorail, despite a five minute walk from the station, is actually more convenient, being faster and more frequent. Unless you have heavy luggage and don't want to carry it from Miebashi station, the monorail is the best way to go, despite costing a bit more than the bus at 290 yen. A taxi ride on the other hand is about 1200 yen from the airport each way.

Even though it is on a main road, the rooms are quiet, especially the ones at the back. Being in a mixed office and residential area, you will need to walk a few blocks to Kokusai dori for a choice of eateries and some nightlife. Being about the ten minutes on foot, the neon lit shops and nightclubs are far enough not to disturb your sleep, and the undemanding stroll may be the perfect way to work off some overeating after few too many Andagis. There are also some “hole in the wall” jazz clubs nearby which are well worth a visit.

Rasso Naha is a convenient base for vacation and business travel alike, its rooms simply decorated in pleasant apricot hues and stocked with home comforts, including a television with Japanese language channels, a bar fridge and Shisedo bath products. Unfortunately you can't take these products home as they are in large containers, however if the long deep soak in the bath does not relax you, you can always book a massage.

The rooms themselves almost look pocket-sized, but they make the most of the layout to pack everything you need, with a footprint just a touch smaller than the rooms at Toyoko Inn. You may need to overlook the lack of views from the back rooms; however some rooms have a glimpse of the harbor bridge over Port Tomari, which is a 15 minute level stroll to the North.

Despite the aged appearance of some of the rooms, the lift, and the hallway carpets, as well as the bright orange revolving entrance door which may send some stylists back to the 1980s with a frenzied spin, everything is clean. The reception team is helpful and has a reasonable command of English.

Shuri Castle and the famous Makishi Public Markets are also easily reached by monorail or bus, making it a good base to see the best of the main island, otherwise known as Okinawa Honto or Okinawa-jima. 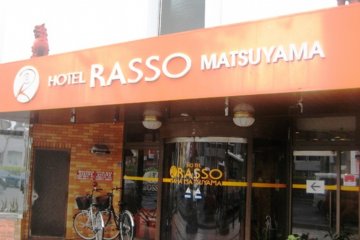 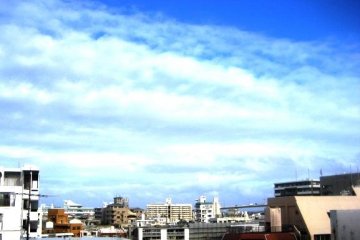 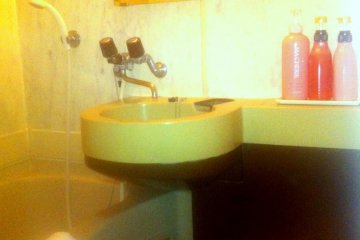 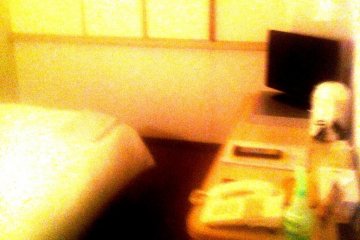 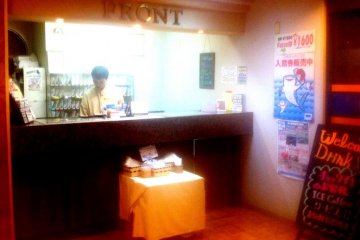