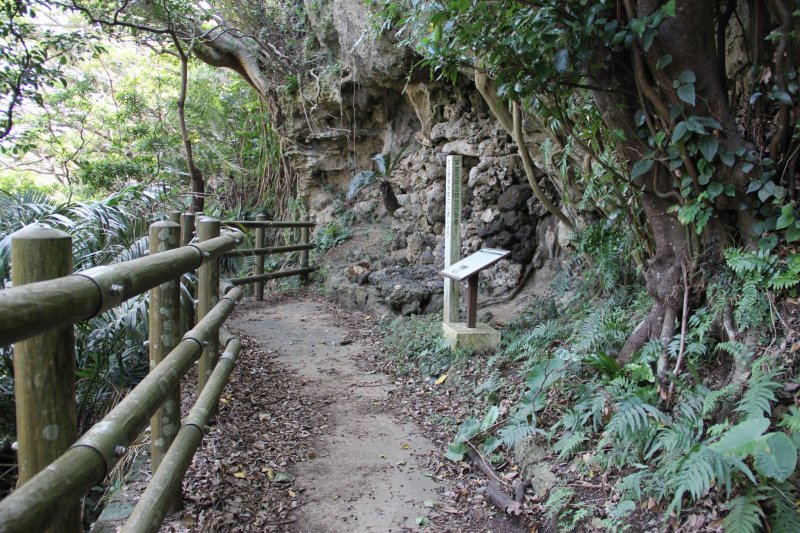 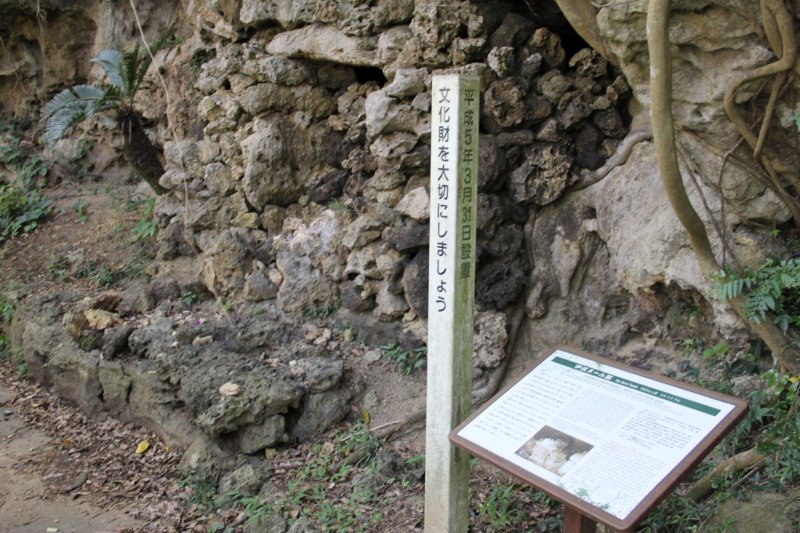 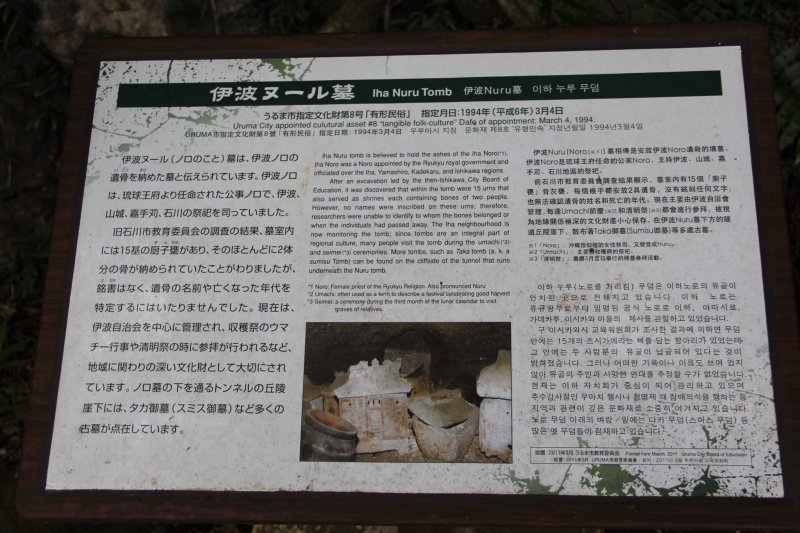 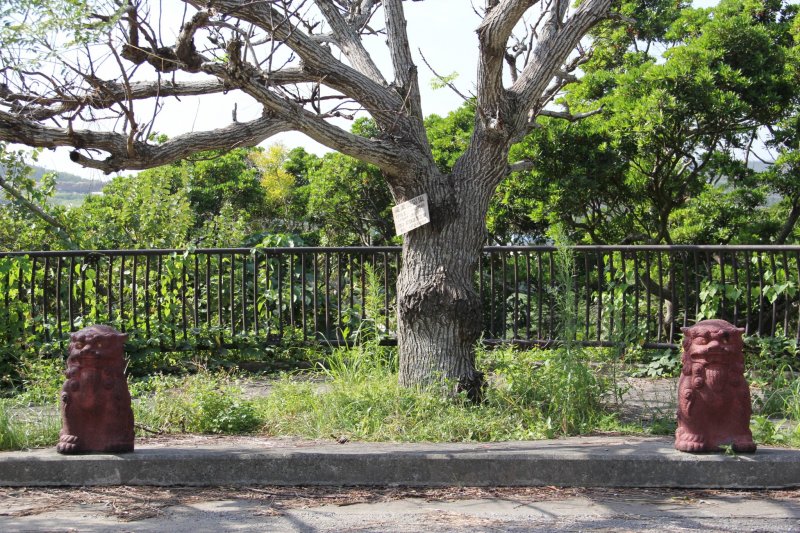 Look for this landmark along the side road off of Route 6; the dirt road leading to the tomb is across the street and about 10 meters to the north 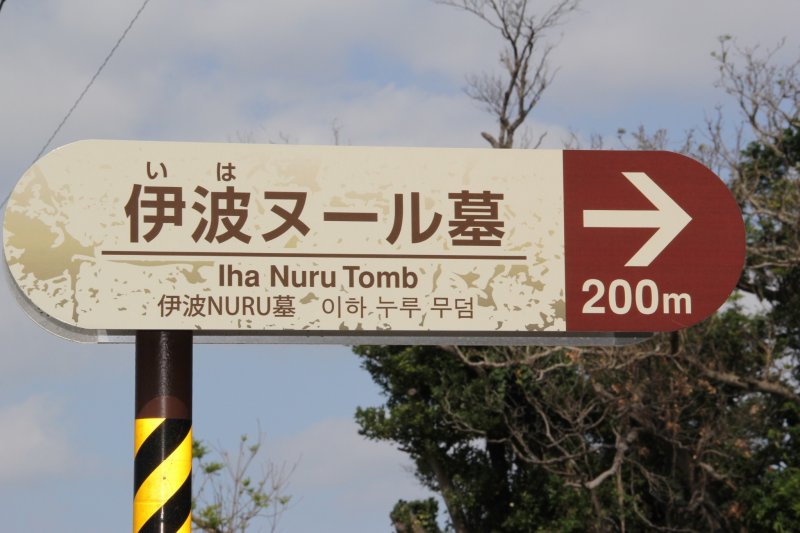 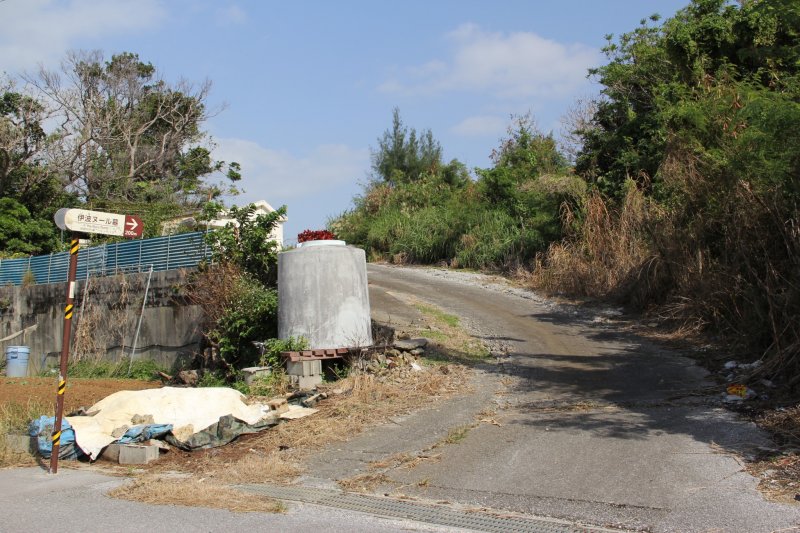 This road quickly becomes a dirt road; the tomb is 200 meters down this road 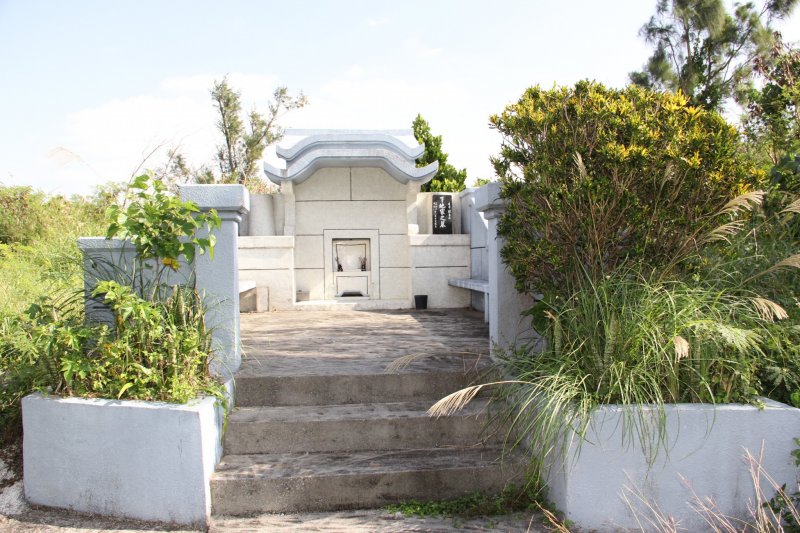 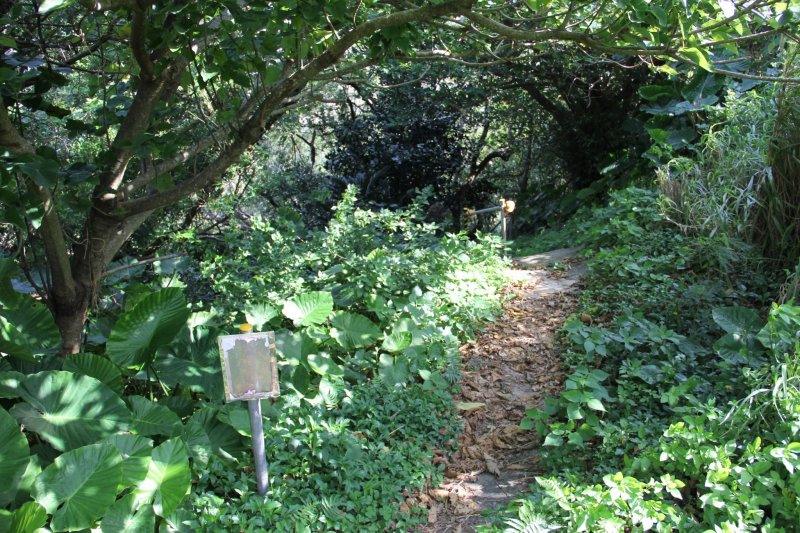 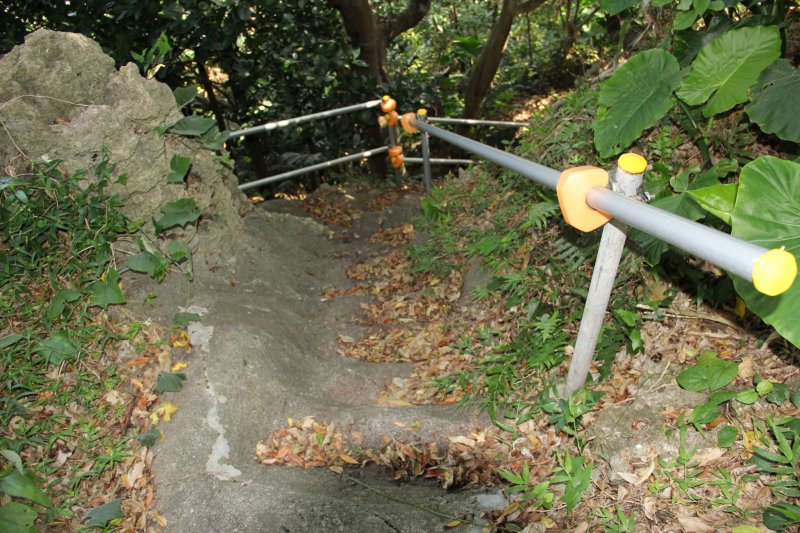 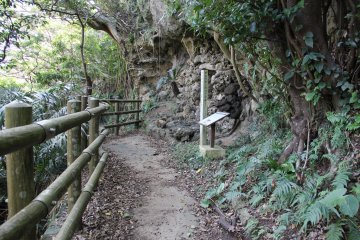 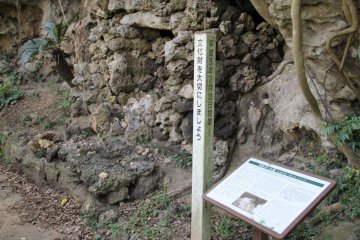 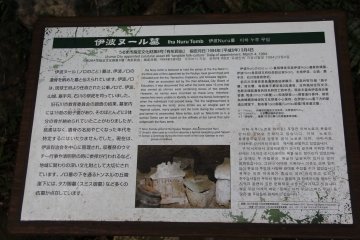 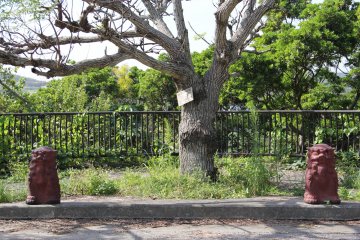 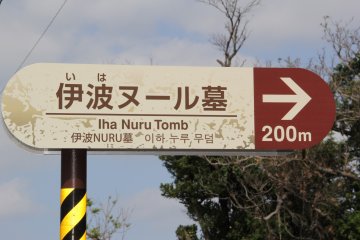 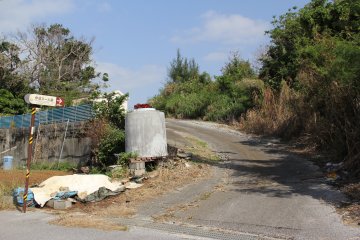 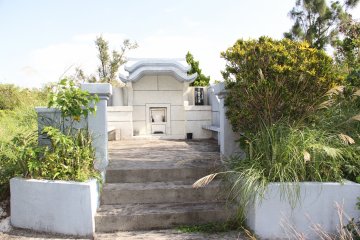 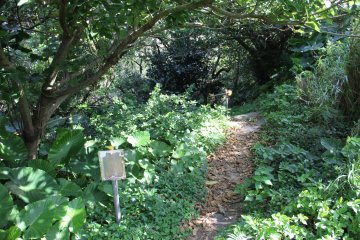 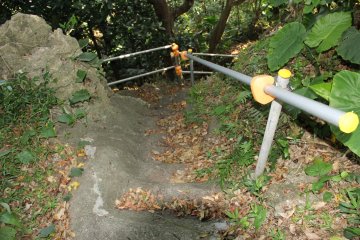 Tombs and the dead themselves are the core of Ryukyuan and Okinawa cultural and religious beliefs.

The Iha Nuru Tomb in Uruma City is a coveted site believed to contain within its 15 unmarked urns the remains of the female priestess Iha, once the appointed religious leader of the nearby Kadena, Iha, Ishikawa and Yamashiro areas.

The tomb itself is carved out of a large limestone wall with small limestone rocks covering its entrance. While there are many tombs throughout Okinawa, most of which belong to specific families, its not uncommon for Okinawans to pray at this site for prosperity and longevity.

The site is located on a preserved hillside in northern Uruma City and directly on top of the northern entrance to the Route 329 Bypass tunnel. The tomb is designated as the Uruma City Cultural Asset number eight.

The easiest way to access the site is to drive east along Route 6 from its intersection from Route 329 to the next lighted interchange; turn north (left) at this intersection and follow the signs to the Iha Nuru Tomb. The site is about 200 meters beyond the nearby Iha Castle Ruins.